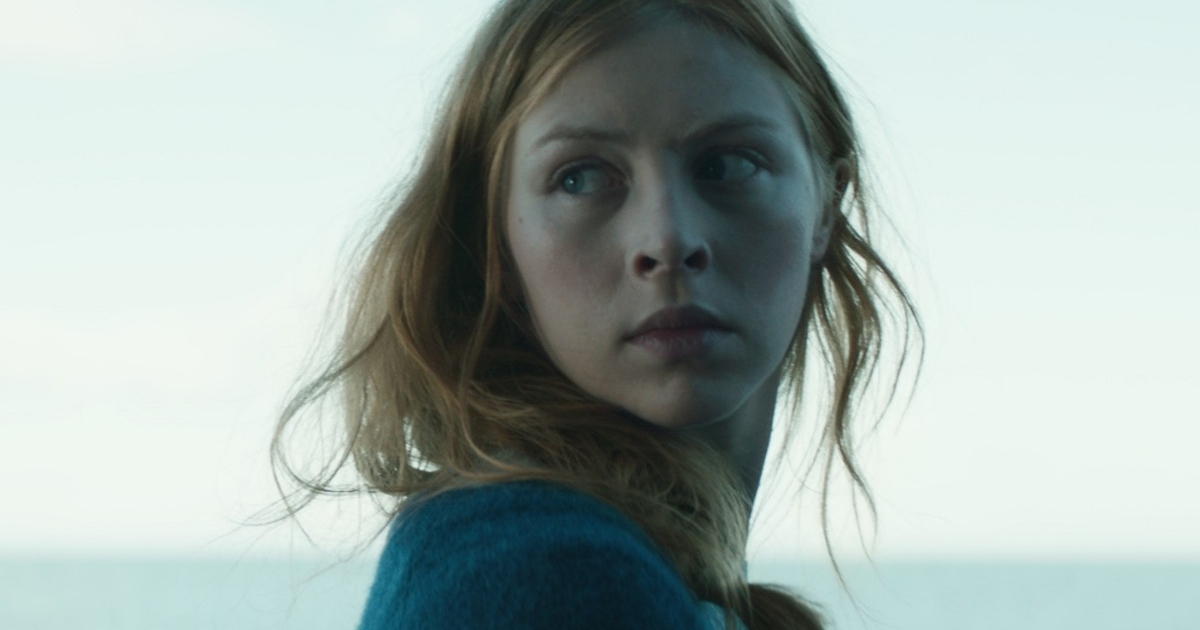 With the terrible and terrifying COVID-19 pandemic still tearing apart the world, more or less, movie distributors and production companies are slowly evolving and attempting to adapt to what has been billed by the more optimistic of us as a “new normal.” While some larger companies have had success in this “new normal” (particularly Focus Features who released Never Rarely Sometimes Always to much acclaim early in April), it appears as though the smaller the company, the more easy the said adaptation comes.

So is the case for indie distributor Gunpowder and Sky, and more specifically their sci-fi/horror arm Dust.

Their latest release is entitled Sea Fever, and starring Hermoine Corfield the film tells the story of Siobhan (Corfield), a young biology student set to spend a week or so working on a field study on a fishing trawler opposite its family-like crew. These are the type of curmudgeonly affable men and women one would imagine from this type of film, with writer/director Neasa Hardiman drawing them in the broadest, primary colored strokes. However, things go haywire as soon as the crew and their ship are accosted by a terrifying monster that latches onto the ship and unleashes utter hell upon the crew.

Sea Fever may sound like [insert classic confined space monster picture] and that’s because, frankly, it is more or less all of them thrown into a blender. Calling back to most recently this year’s underrated Underwater, Sea Fever is almost indistinguishable from films like the aforementioned K-Stew-starring picture or more classic works like The Thing and Alien. The issue here is that everything from the characterization to the film’s visual sensibility feels derivative of these references without inviting much new conversation regarding them. The crewmembers aboard the ship all have very clear, one-note character traits and Hardiman’s direction is flat and does little to elevate the mundane greens and browns of the film’s color scheme.

That said, when the film slows down a little, it becomes relatively intriguing. There’s an underlying connection to Irish legend that makes a few of the film’s set pieces feel a bit singular, almost fantastical in a way. However, with a film this shapeless these moments come too few and far between. At moments it wants to be a claustrophobic thriller with action-packed direction and yet the next scene will be an almost character study-like sequence or a politically minded environmentalist screed. It’s an uneven and strangely shaped film that doesn’t break free from the conventions it so clearly holds near and dear.

Corfield is quite good here, however. For a film that is hard to pin down genre-wise, her performance is one that is too rooted heavily in tropes that are eons old, at this point, yet she has a presence and charisma that becomes compelling. Her performance is a bit broad, yes, yet when she’s allowed the room to breathe within a scene she elevates the otherwise simplistic material. She has incredibly expressive eyes that are hard to turn away from, and they offer up a much-needed vessel to latch on to for the viewer. It’s a really impressive performance from an actress a step away from a genuine breakthrough.