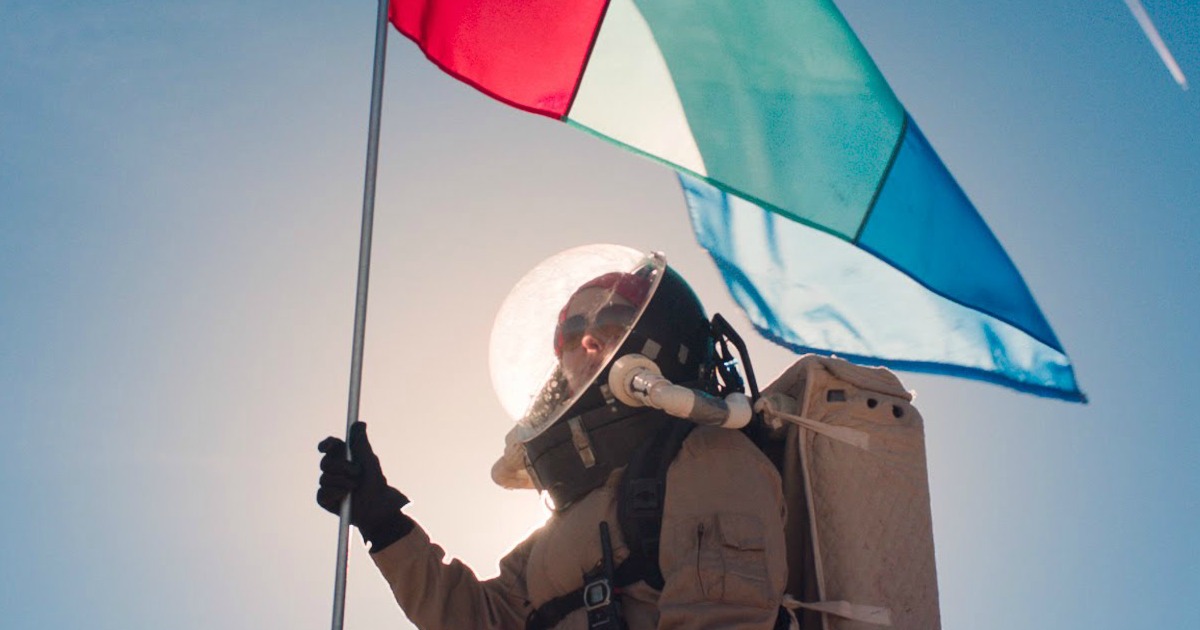 With this year’s True/False Film Festival officially in our rearview mirror and the Art Of The Real festival set to commence in New York City, the very best and most challenging pictures in the world of non-fiction cinema are on the collective tip of the film world’s tongue. And thankfully, one of these documentaries that is both genuinely superlative and also defiantly testing just what it means to be a “documentary” is arriving in theaters.

Entitled Above and Below, director Nicolas Steiner goes off the grid with his subjects, five people who are on the outermost reaches of American society. Taking a poetically surreal look into the lives of people ranging from a couple living in a Las Vegas drainage tunnel to a man living in an abandoned military bunker in the California desert, Steiner’s film feels as much influenced by the nonfiction tradition as it does the world of post-Mad Max post-apocalyptic cinema. Simply put, it’s not quite like any documentary you’ve ever seen.

Above and Below is a web of a narrative, introducing us to five men and women; April, Dave, Cindy, Rick and a man known as “The Godfather.” April, living in a remote area of Utah, has gotten herself involved with the Mars Desert Research Station, with the hopes of one day helping to colonize Mars. A woman facing a life she barely knows after serving in the armed forces, her eyes are definitively set skyward with the hopes of finding real freedom. Dave is a divorced father and grandfather living his days with the hopes of one day finding a connection with his estranged family and maybe the outside world. Then there’s Rick and Cindy, a couple living in a Las Vegas tunnel, where we also meet “the Godfather.” These three men and women make up the “Below” of the title, as they head street level at night to try and find supplies in a world that could wash them away with no warning.

Without much in the way of “origin” stories for any of these men and women, we discover much of their histories through brief interview segments, or organic reveals. Much of the actual film is spent portraying their current state, going through moments in their daily life and examining their journey trying to find whatever bit of the “American Dream” they can snag for themselves. While we discover a few details from their pasts, this lack of background does the film a great service, allowing for the viewer to never truly cast judgement on the men and women we follow. The film certainly never does, bookending the film with a camera aboard a rollercoaster, evoking the idea that this is just one down turn on the rollercoaster that is each of these people’s lives.

Aesthetically, the film is a real achievement. Aside from the superb Paradox Paradise score that itself is superlative-deserving, Steiner gets some deeply moving footage of these men and women living their lives, and injects each burst of realism with an equally potent burst of surrealism, particularly in April’s story, finding much use in the setting and her interest in Mars. It gives the film, and each of the central locales, a profound sense of otherworldliness, a hypnotic meditation on life in the furthest reaches of society.

The picture clocks in at just shy of two hours, and while the editing here does keep the pace propulsive, there’s a major issue in the final act in that it never quite figures out how to end. With about as many false finishes as a modern pro-wrestling match (those few arthouse documentary/pro-wrestling fans will at least get that reference), the film drags in the third act. It does leave a relatively sour taste in the viewer’s mouth, but thankfully it is such a beautifully composed film from first frame until the last, so the mind returns upon the credits sequence to a number of lushly composed frames or specific narrative beats. A winner, this film is.