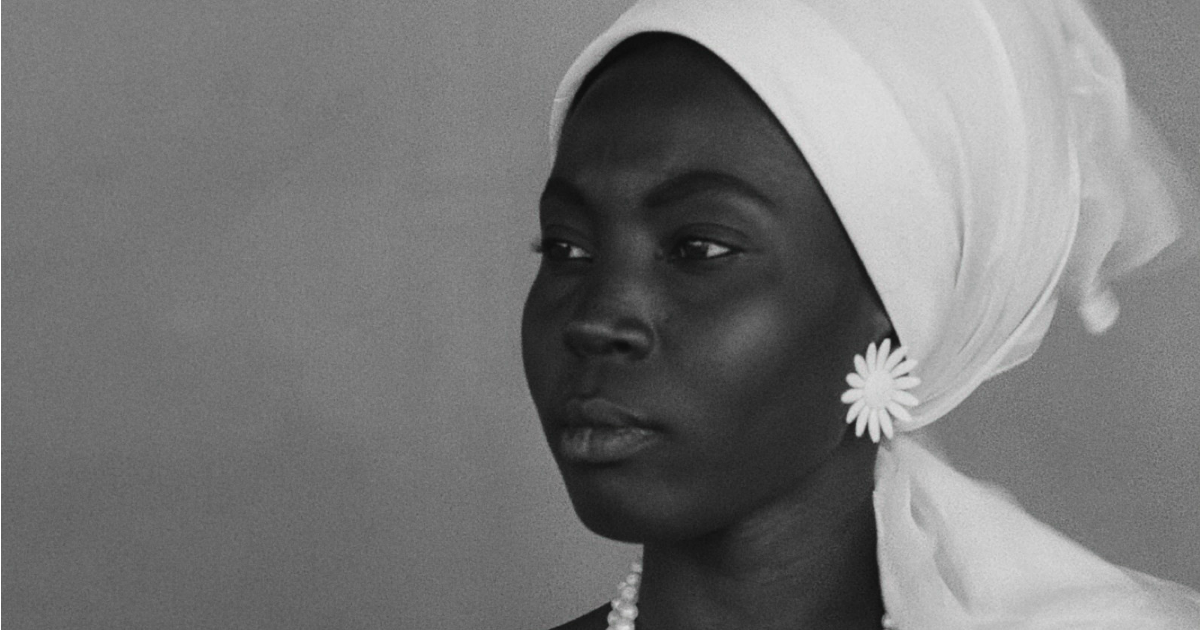 The word masterpiece is thrown around a lot these days. Hell, I’m as guilty of maybe having a little bit of hyperbole in my reviews as anyone. However, when one is ostensibly slapped in the face by one of the true titans of cinema history, there are few better words to describe it.

That’s the response one has when they revisit (or see for the first time) a film like Ousmane Sembene’s Black Girl. Now 50 years old, Sembene’s first feature length film garnered much acclaim upon its initial release, but thanks to Janus Films Sembene’s greatest and arguably most poignant work looks, sounds and feels like a film that’s truly timeless.

Black Girl introduces us to Diouana, a Senegalese housemaid who travels to France to work for a bourgeois white family. Sembene is best known as a filmmaker but as seen throughout his politically-charged canon he not only spent time as a novelist but also worked as a labor leader prior to jumping into the cinematic fray. Driven in part by a story we see a brief snippet of near the conclusion of the picture, Sembene’s first feature (one of the first highly acclaimed films from the African cinema movement) is a brilliant piece of neo-realism that feels as much indebted to the Italian filmmakers who made that descriptor famous as it does the French New Wave filmmakers whose style is also clearly laid upon this picture.

Receiving a new 4k restoration, Black Girl has never looked nor sounded quite like it does today. Shot in beautiful black and white, the film will stun many viewers more accustomed to blacks and greys taking over a black and white film. Very much about the domination of whiteness, star Mbissine Therese Diop stands out in an iconic performance, one that announces itself from the very beginning, in part thanks to the photography of the film. Arguably its most famous frame is the gorgeous and awe-inspiring Diop, dressed in a beautiful dress, floating staring with as much strength as there is uncertainty. Surrounded by whiteness, this is a film of anti-colonial angst, a film that is as angry as it is genuinely beautiful. The design work is also quite great, particularly how a mask is used throughout the film. It’s given by Diouana to her employers as a gift, but becomes something far more powerful as the film’s final act progresses, culminating in one of the most emotionally devastating conclusions you’ll ever see. The final shot itself is unlike anything seen before or after it, an act of provocation that (sadly) still feels vital today.

It’s both an impressive achievement and an extremely expressive piece of craft. The use of black and white here is expressive and evocative, and the central performance is equally as powerful. Diop is an absolute revelation here. Containing both a stoic strength and beauty and yet a deeply profound sadness and homesickness, Diop’s performance stands shoulder to shoulder with the giant performances of its generation. While it is clear that, particularly after one views the film with the final sequence in mind, Sembene is working on an allegorical level here, the core narrative still carries with it a deep reservoir of emotion. There’s a humanity within this picture that makes this both a devastating film to watch and also one that the viewer is routinely drawn to.

Janus Films is touring this new restoration, with a week-long run at BAM already underway. LA cinephiles will see the film head their way at the end of June, with a DVD/Blu-ray release coming our way from The Criterion Collection somewhere down the line. Joining it during its theatrical run is Sembene’s debut short film, Borom Sarret. An equally impressive film, Borom hits far more at Sembene’s interest in neo-realism, as it follows a wagon driver over the span of a day as he tries to do right by his impoverished family. Borom clocks in at just around 20 minutes with Black Girl briskly running at under 60 minutes, so one should not be worried about getting enough bang for their buck. Both look utterly glorious thanks to these revelatory restorations, including the short film, which has been almost impossible to find here stateside. It remains to be seen if this film gets a stand alone release (smart money’s on that it will) or if it will be part of a box set of some sort upon its Criterion release (either a volume of the World Cinema series or a Sembene set) but no matter how it is released on home video or if you have to make a trek to see it theatrically, this is one film that deserves the attention, even 50 years on.