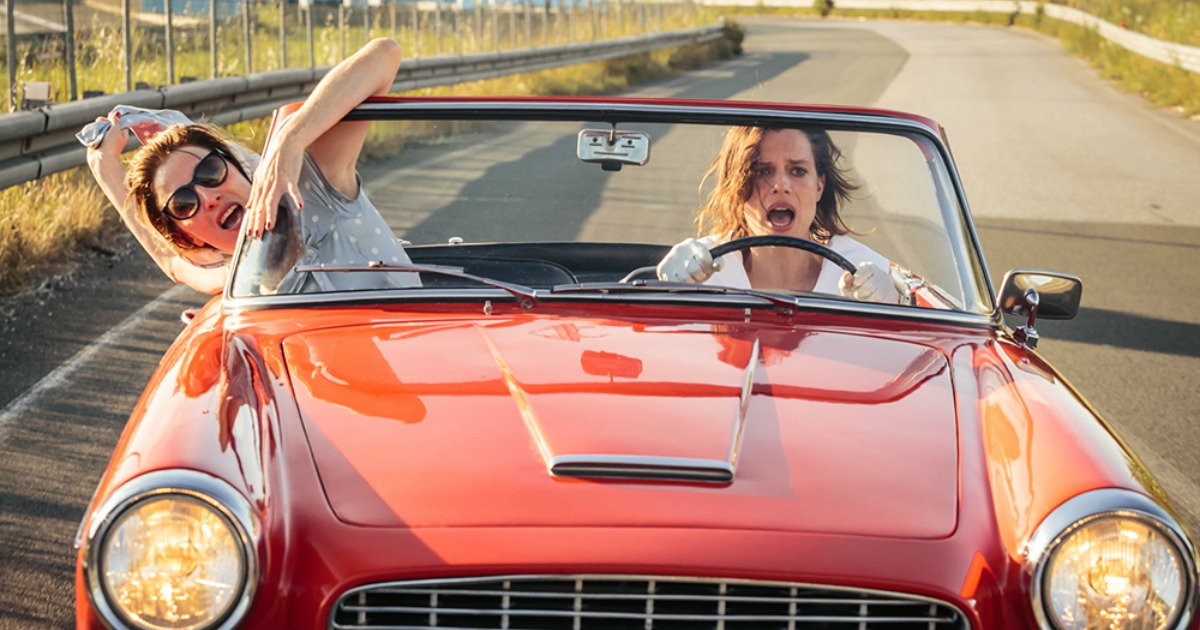 Mental health is a sensitive, nuanced and layered subject that has rarely translated to genuinely superlative motion pictures. For every Clean, Shaven there’s a Lars and the Real Girl, with little in between.

That is until Like Crazy. Paolo Virzi has come back to screens with his latest effort, and while it’s not quite up to the par of a film like Human Capital, this gorgeous and engaging look at two women and their struggle both in and out of their own heads is a small delight in a stuffed 2017 summer film season.

Introducing the viewer to the tenants of Villa Biondi, Like Crazy tells the specific story of Beatrice and Donatella, two troubled women who find a certain connection after escaping their clinic. Beatrice is a loud mouthed, energetic woman with thoughts of grandeur styling herself as a billionaire countess with close ties to the biggest players in world politics. Then there’s Donatella, a quiet, mysterious woman with no delusions of grandeur but deep seeded troubles dating back to her earliest days. One day, the pair find a moment of freedom and decide to take it, leaving their perfectly serviceable, progressive clinic for a sense of life they haven’t felt in ages. However, with this freedom comes a decidedly troubled path, forcing both women to face the skeletons in their closet while finding a bond that runs deep.

Virzi isn’t an incredibly well known name stateside, but this will hopefully help change that slightly. With Strand Releasing behind its US distribution, the film will find a footing in the art house world, and something this genuinely engaging will be just the right bit of counter programming for those looking to stay away from big studio fare. Aesthetically, the film is classical in its direction, yet the photography here is vibrant and warm. Devoid of a clearly personal voice, the film feels workmanlike, save for moments in the final act where demons are faced head on. There are a few good visual gags that play into the film’s heightened, almost melodrama-like feel, and Virzi understands the emotional ebbs and flows that these characters, and subsequently the viewer, will go through over the span of the roughly two hour feature.

That being said, this is a performance driven feature and one that couldn’t have asked for two better leads. Beatrice is played by the wonderfully magnetic and emotive Valeria Bruni Tedeschi. Her performance plays as the louder of the two, but the energy isn’t without some genuine humanity and some genuine charisma. Then we have Micaela Ramazzotti as Donatella, who is an absolute revelation. The “tattooed woman with a troubled past” is a trope that couldn’t be less interesting, but she breathes a sense of truth and humanity into the character and this screenplay, playing into the film’s human center while not leaning too far into the melodrama that would leave eyes rolling. Humanity is in full force here, thanks to a superb screenplay and these two great lead performances.