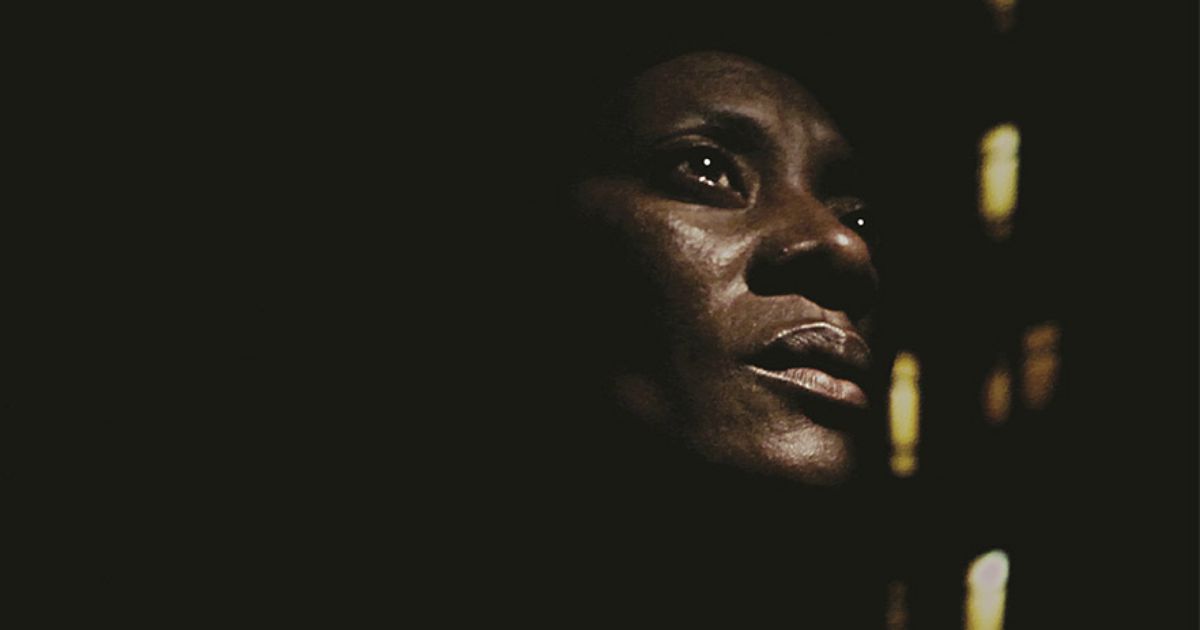 Some filmmakers make pictures that are hard to find descriptors for. However, some filmmakers simply make cinema that is as brilliant as it is defiantly unclassifiable. Pedro Costa is one of those very filmmakers. The Portuguese auteur has been churning out some of cinema’s greatest post-neo-realist pictures since the late 1980s, looking at the world that is lived in by those on the margins of society. Be it his Criterion-approved Fontainhas pictures or his latest film, Horse Money, Costa is not only one of today’s most important world filmmakers, but he is still as vital and defiant today as he was when he began his illustrious career.

Horse Money is the director’s newest picture (opening Friday in New York via Cinema Guild), and it brings us back to a world any Costa supporter will instantly recognize. Ostensibly a sequel of sorts to his masterpiece, Colossal Youth, Horse Money once again introduces us to an aging and weak Cape Verdean immigrant, now at the end of his life, known to us as Ventura. That’s ostensibly as much plot as one can truly describe. Ventura is seen, at first, as nothing more than a man at home in the shadows of a destitute slum, and we watch as he takes an almost nightmarish journey into what appears to be various lived in memories of his life.

Costa’s work may be hard to describe, but that’s simply due to the fact that he’s not quite dealing in purely cinematic language. Throughout his career, and very much so with this latest work, Costa’s camera is static, the lighting almost noir like in its use of contrast and the inkiest of blacks. Scholars will tell you he’s the leader of modern neo-realism, and they’d be spot on. Very much rooted in the neo-realist movement that his career has followed, Costa’s films could be mistaken for reels of still photographs. Beautifully framed with precision and allowing for the contrast-heavy photography to give the film a feverish, nightmarish sense of vitality, the director proves to be as assured in his direction as he has ever been. There’s one scene in particular, which sees our lead encounter a soldier, or a living statue of a soldier actually, which is as definitive a moment in Costa’s canon that it becomes one of the most haunting and vital moments you’ll see on screen this year.

That all being said, the film is also a heady piece of thematic work. Very much playing in the same thematic ground as previous Costa pictures, Horse Money is not only a neo-realist film in its aesthetic. While the narrative itself is loose and almost surreal, the central themes are pertinent, seeing Costa coming to terms with a state that has failed its citizens. The static camera allows the viewer to become fully engrossed in the world he has set for them, and while the photography may give the film an otherworldly, haunted slum type feel, there is such a stark sense of reality that it makes the politically tinged thematic work come to life. The performances here are also fantastic, with the film resting squarely on Ventura’s shoulders. And as seen in Colossal Youth, he’s an actor able to carry the weight. A quiet, and yet deeply troubled performance, Ventura is a revelation here, turning in a performance that is so quietly sad that it turns Horse Money into one of the year’s most resonant dramas.

Ultimately, what Costa has crafted here is a nightmare about a state that’s left an entire population behind. Breathtakingly crafted and lushly shot, the film once again finds Costa at the top of his game, a game that may be the most powerful in modern world cinema. There are too few voices as assured and focused as his. And even fewer as powerful.