Over the last decade or so, the world has slowly begun realizing that each and every person on this planet leaves far more than just a physical footprint on the land that we all tread. With climate change becoming one of the hottest button topics over the last ten-plus years, people are becoming more and more aware of what he or she does and its impact on a greater scale with regards to the environment. But what about when we travel? What about when we are in a new land, out of our normal comfort zone?

That’s the subject of a new documentary from filmmaker and anthropologist Pegi Vail, and after a run on the festival circuit where it garnered awards at such festivals as the Visions Of Nature/Voices of Nature Environmental Film Festival, it’s about to make its world theatrical debut.

Entitled Gringo Trails, Vail’s film looks at the rise of one of the most important factors in globalization and our ever changing environment, tourism. Taking a series of stories from various travelers who journeyed on the “gringo trail,” itself a route through South America, Africa and Asia, the film is a rather deft and unforgettable look at the human relationship to the world we all live in, be it environmentally or in many instances culturally.

Clocking in at roughly 80 minutes in length, director Pegi Vail and director of photography Melvin Estrella, along with editor Heidi Schlatter, have crafted a beautiful and wonderfully paced look at a subject that doesn’t get enough discussion in today’s world of globalization. Tourism is the subject here, and we get stories spanning the environmental impact to, most interestingly, the idea of tourism’s impact culturally. For tourists, the idea of getting as close to an “authentic” cultural experience is what everyone craves. However, over the span of 30 years, this film tells stories spanning from Bolivian jungles to deserts in Mali, to show the impact of tourism on any specific area’s culture, economy and ultimately its environment.

Not afraid to paint an even handed portrait of tourism, the film is a gorgeously crafted piece of documentary filmmaking, blending interviews and first hand accounts with actual footage of the areas in question, and it isn’t an issue documentary unaware of the pros as well as the cons. Not just even handed in its narrative (more on that soon), the film’s aesthetic helps breath life into the picture that would otherwise greatly be missing. Using these first hand stories and actual footage of each specific area, as well as interviews with locals, the film feels raw and has a vitality to it that really brings to light the central themes. And then there’s the central debate, which is shockingly open ended. This even handed narrative does a wonderful job at weaving a discussion about a topic that is only gaining momentum as more and more people begin to travel the world, one that will prove to be as important a cultural discussion as we have today. With cultures blending through tourism and never ending globalization, this film aims to look directly at, from a first hand perspective, just how big of an impact tourists (be them large groups in the midst of guided tours, or backpackers looking for something more “real”) have on the areas they travel through. 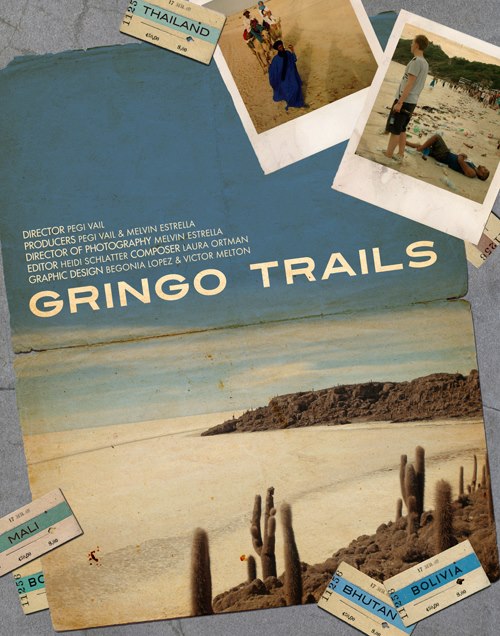