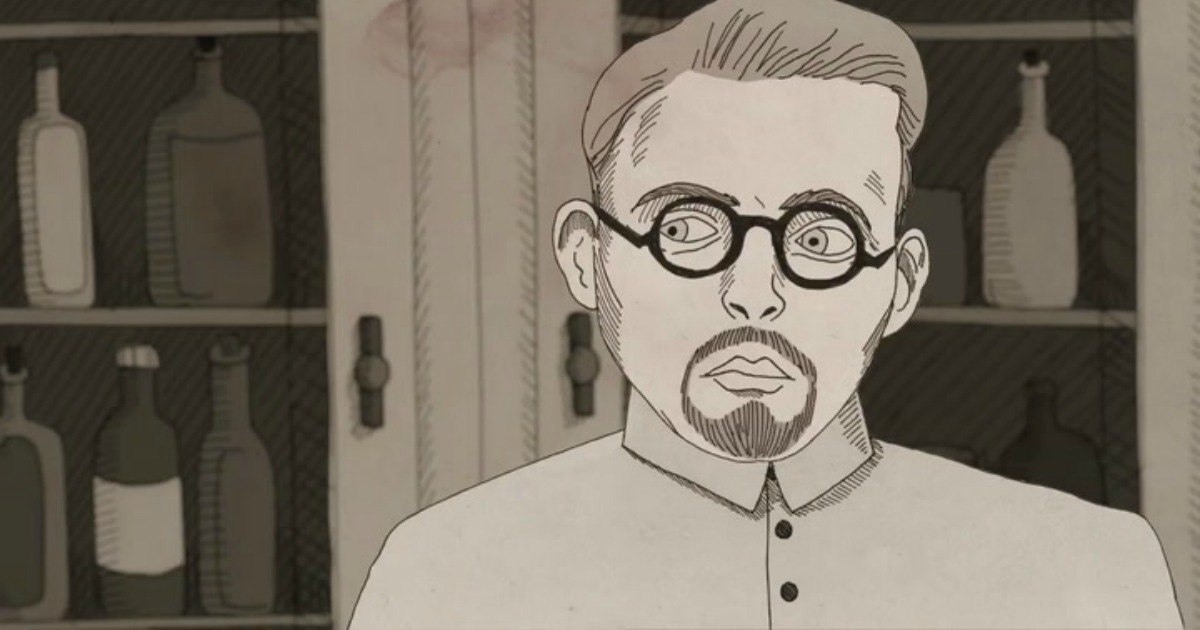 We live in an age of false promises. From politicians promising us great, life changing policy shifts to “doctors” hawking “miracle” cures that relieve people of excess weight or whatever illness they are suffering from, it seems like everywhere one turns snake oil is being sold. And apparently this isn’t an entirely new idea.

The focus of a new documentary entitled Nuts!, one of the most famous and utterly ludicrous stories of this ilk comes to us from the early part of the 1900s. J. R. Brinkley may not be a name known to many, but his story is one that is hard to forget. A doctor practicing in Milford, Kansas, Brinkley was a mild mannered practitioner until he began treating local men suffering from impotence by implanting, in their scrotums, goat glands. Ultimately making millions off of this treatment and also various other ventures ranging a political run to a massive radio station he constructed near the Texas-Mexico boarder (one that got locals to say they could even pick it up in their teeth fillings), Brinkley’s story is one of impossibly stunning twists and turns, and that of a man shunned by the medical community only to become the grandfather of the modern world of “miracle cures.”

Directed by Our Nixon filmmaker Penny Lane, Nuts! seems like, at first, another simple experiment in documentary craft. Taking on similar aesthetic choices to numerous other modern animated documentaries, Nuts! seems like just another biographical non-fiction film. However, Lane’s direction elevates this material to an entirely new level. In many ways positioning the viewer as another person being sold Brinkley’s services, the film’s narration often times seems to proselytize for the doctor. Take for example, when Brinkely began losing his certifications, the film positions these associations as groups of “experts” who don’t understand when their science seems to be upended. Pretty clearly taking on the tone of those in various modern political movements that film intellectualism pompous, Nuts! in many ways draws comparisons to today’s world of Donald Trump and Dr. Oz. But even then, the film at times paints him as what he truly was: a greed stricken monster of a man who for all his groundbreaking achievements (his work in radio forever changed the medium) sold people a bupkis medical procedure that could have (and in some cases did) threaten their overall well being. This is one hell of an experience, and at just shy of 80 minutes, it’s a briskly edited and cartoonishly kinetic piece of documentary cinema.

Aesthetically, the film looks rudimentary in its animation, but is actually quite well made. The talking head segments are few and far between, and the animation is rightly off kilter. Occasionally verging on the ugly, the majority of the animation here is admittedly crude but seems to fit the narrative, in all of its absurdity, like a glove. Also, the various bits of archival footage helps break up the film’s use of voice acting and recreation work. One could argue that more archival footage would have been a welcome addition, but for a film that so deftly speaks to both a world that once was and the current state of things, this is as enjoyable and engaging a piece of non-fiction work that has hit theaters yet this year.