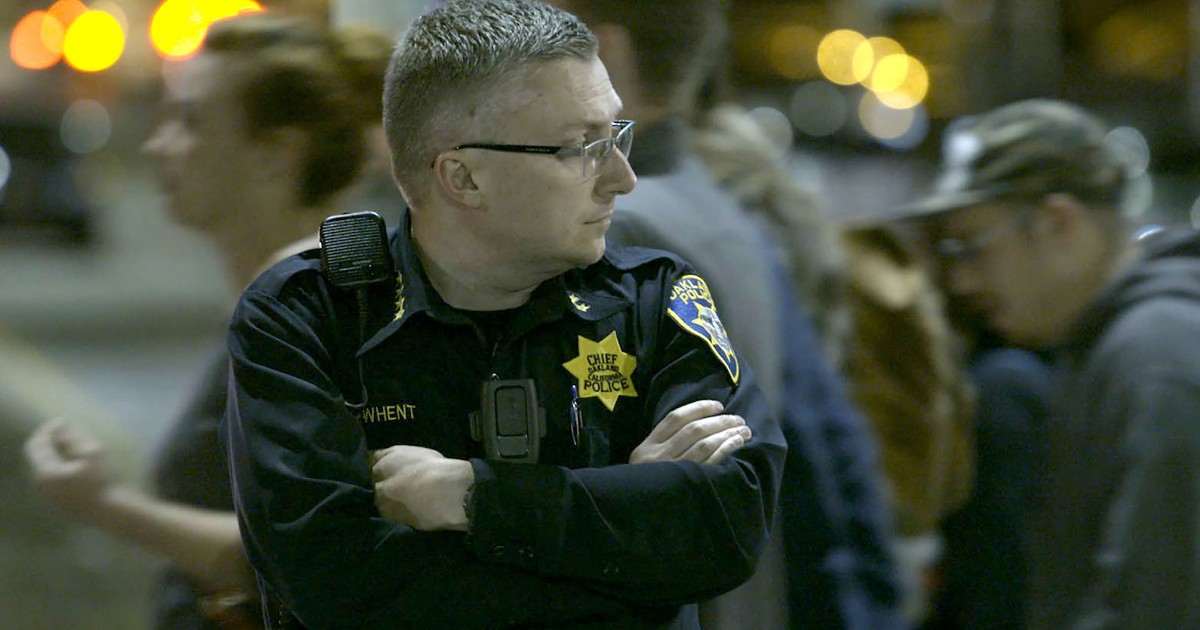 Since its inception, the award given to the best documentary director at the annual Sundance Film Festival has seen a who’s who of documentary auteurs. Be it Errol Morris for a film like A Brief History Of Time or Morgan Spurlock for Supersize Me, the award, in all of its various iterations, has helped spark the careers of some true non-fiction film making titans.

After The Force, director Peter Nicks is absolutely one of them. Previously known for the underrated The Waiting Room, Nicks is back with The Force, and it’s a stark change in pace for the filmmaker.

Inspired in many ways by the films of Fredrick Wiseman, Nicks’ latest film is classical cinema verite. The film introduces us to the Oakland Police Department, which at the start of 2014, was in the middle of ever increasing controversy. Itself a the A1 example of the modern state of policing, the department begins the film under new leadership, the fifth chief in only twice as many years. Put under federal oversight over a decade before the beginning of the picture, the police force is one of America’s most scrutinized and controversial. With the hiring of new chief Sean Whent, the department tries yet again to change its momentum, ultimately seeing the chief install a new zero-tolerance policy for his officers, which doesn’t pan out the way Whent had hoped or dreamed. With the rise of Black Lives Matter and the ever lasting stain of the Daryl Gates administration hovering directly over the proceedings, The Force is a devastating, unshakable and ultimately even handed meditation on the modern state of policing and just what the shield should truly mean.

At its best, The Force isn’t just like a Wiseman film aesthetically, but intellectually as well. Wiseman is as even handed a documentarian as we have working today, and despite setting the film against the backdrop of clearly heinous acts of violence and the birth of the Black Lives Matter movement, Nicks never loses sight of that himself. The Oakland Police Department are clear villains here in many ways, as their utter incompetence or out right maliciousness with regards to the slaying of innocent Americans is attributable to everything from simple garbage judgement or clear racism, yet Chief Sean Whent tries to bring their humanity back.

The introduction of his zero tolerance policy is not just to take heat off the department, but reinstate trust in the hearts and minds of local civilians. Nicks and his film are clearly aware of that. Whereas most documentaries of this ilk use footage of police encounters to simply damn a department, Nicks uses it to help give context to not just the destructive choices made by police but also the difficult situations these instant judgments are made in. From working 12 hour shifts to going through what seems like a new series of training courses every day, cops do have a difficult job, a job that forces these men and women to make instantaneous decisions with lives hanging in the balance and under complete and utter duress.

That’s not to say the police are entirely out of the clear here. Nicks’ focus is even handed, but only so far as the state of policing goes. Throughout the film we become privy to situations that are exponentially more grotesque than a simple bad choice made by an exhausted officer. For instance, the film tells the story of a police officer who, after arriving at a home, unloads his pistol nearly a ten times into the helpless body of a man as he lays on the ground. With nothing but a knife on the body of the victim and nothing but uncertainty in the mind of the police officer, this is as clear an example to the shoot-first ideology that is running rampant across police departments nationwide. With more and more people demanding accountability with regards to these very decisions, The Force dives head first into every aspect of this debate and leaves no stones unturned.

Aesthetically, the film also owes a great deal to Wiseman’s films. While there are a few brief moments of flashier editing and title card usage, The Force is the rare type of verite documentary that truly feels as though the viewer is embedded in the respective world it is covering. Instead of outright editorializing, Nicks takes his camera squarely inside the country’s most maligned police department, and allows everyone within this community to speak freely. We see every side of this debate handled almost too evenly (it’s admittedly quite hard to see police violence attributed to “bad judgement” like it occasionally comes across as here) yet with some gorgeous photography and a seamless blending in of actual police footage, this is a film that packs a powerful emotional punch with every new sequence. One of many documentaries about the policing of America’s streets in the age of BLM and Donald Trump-fueled racism, The Force is an unforgettable document of a singular moment in this nation’s history.