In the world of documentary cinema, the best of the best shine a light on a person, subject or the like that most people haven’t either heard of or are all that familiar with. Take director Peter Sanders and his latest film, Altina, for example.

Taking its title from the first name of its enigmatic central focal point, the film follows the story of artist and cult icon Altina Schinasi. Who, you may be asking? Well besides being a member of the legendary Schinasi lineage (who garnered their earliest fortunes as the founders of a major tobacco company), Altina Schinasi was an Oscar nominee, Golden Lion winner and even designed the now iconic Harlequin eyeglass design. And now she’s a documentary subject.

Sanders’ new film starts at the beginning. Featuring archival interviews with the late artist (who passed away in 1999), the film also gets new interview pieces with a handful of people deeply involved in her life. Interviewees include her niece Laurette De Moro, nephew Richard Pini, and even a few of her handful of husbands including Charles Carey and her final beau, Tino Miranda, all of whom tell some truly entrancing and emotionally engaging stories about her life growing up, and their life growing up with her in their lives.

Aesthetically, the film is rather standard. Your run-of-the-mill talking head documentary, the use of archival interviews is interesting and adds a lot of intrigue to an otherwise underwhelming piece of filmmaking. The interview segments are well shot, and with the integration of pieces of tactile items from Schinasi’s life, be it footage from her Oscar nominated piece on George Grosz to sculptures that she had made, there is a lot to mine from the film. That said, at roughly 80 minutes in length, the film has a hard time really getting its feet off the ground. With a score that, come the film’s final, and most impactful, dramatic beat, is as overbearing as one could ever imagine hearing in a non-fiction films, the film ultimately comes up short as far as a great piece of craft goes.

That all being said, Altina is still very much an entrancing piece of work. Hard to argue with a film centering on as enigmatic and engaging a character as Altina Schinasi, the film may not break new ground and may, come the final segment, be a bit too on the knows and overbearing, but what it does do is tell a story about the life of a legendary woman in a truly engaging manner. The 80 minute runtime makes the film brisk and wonderfully paced, and with some truly interesting beats throughout, Sanders’ picture is a solid watch for anyone looking to get an insight into a woman most are not all that familiar with. Don’t let this film get lost amongst the myriad of documentaries that are making this yet another golden year in what may be film’s most exciting genre and form.

Altina opens today in New York at the IFC Center. 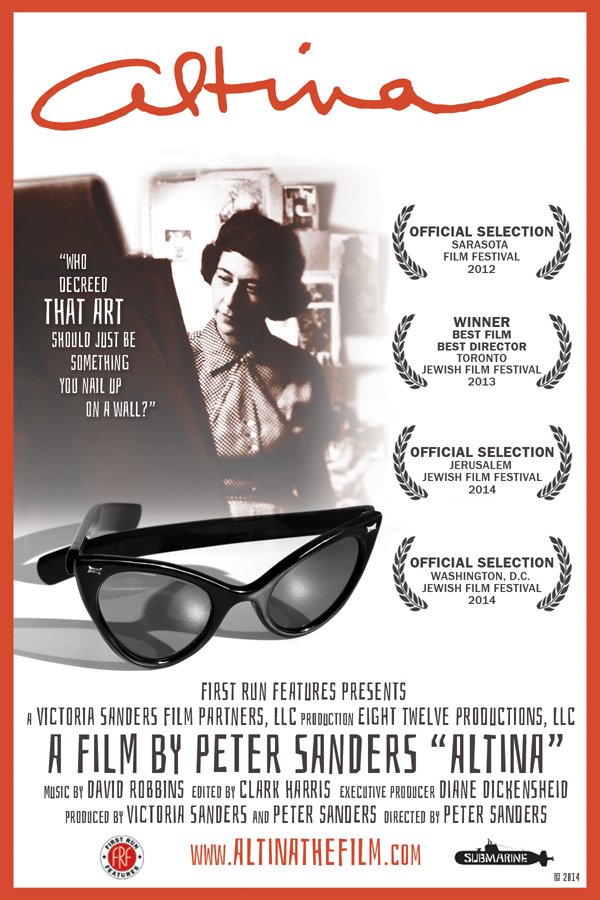