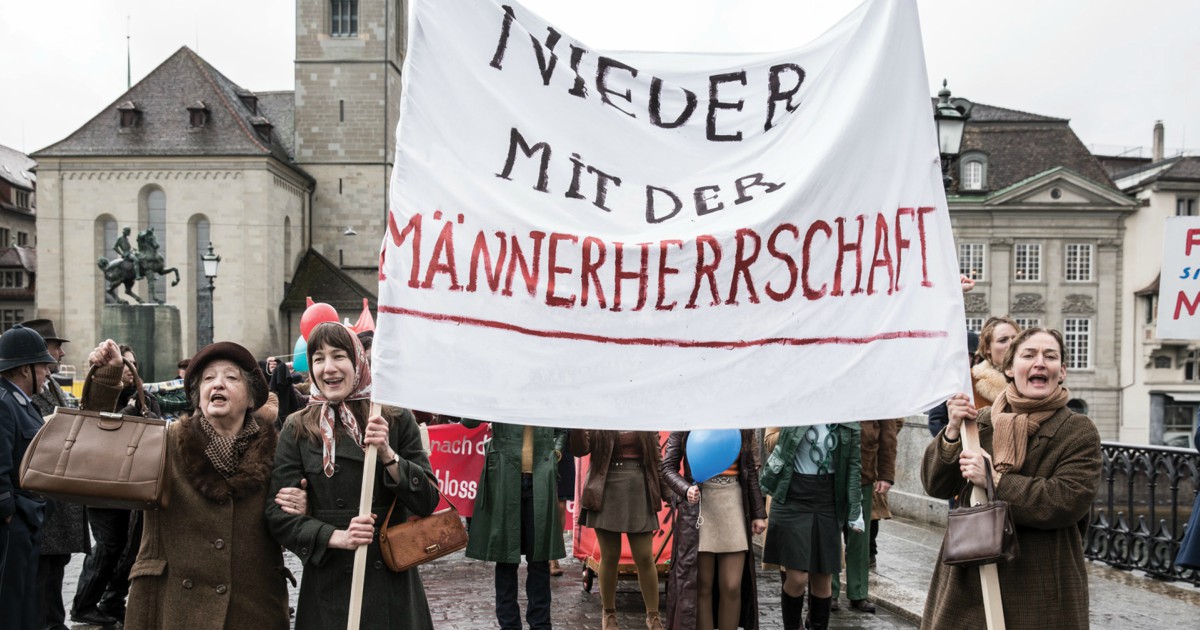 Not only are we knee deep in the fall film season, but over the last handful of weeks we’ve seen an onslaught of legitimate Oscar contenders finally arrive in theaters, particularly of the foreign variety. As more and more nations not only make their submissions for the Best Foreign Language Film Oscar known but see domestic distributors toss them into theaters, some genuinely surprising discoveries are seemingly cropping up with each new slate of releases.

Entitled The Divine Order, Volpe’s new film is Switzerland’s Oscar submission, and is a real discovery for those willing to take a chance on a lesser talked about picture. An award winner from this year’s Tribeca Film Festival Divine introduces us to Nora, a housewife on the brink of upheaval. Frustrated endlessly by her overbearing and controlling husband, the last straw comes when she is ostensibly barred from taking a job offered to her. From this moment, she becomes entrenched in her hometown’s burgeoning women’s rights movement, itself bringing her both great pain and stress emotionally and physically as well as profound freedom. Divine isn’t a groundbreaking work of style nor a shattering piece of narrative fiction, but what it is is a beautifully rendered and captivatingly propulsive look at a specific moment in history that’s seeing its influence being felt to this very day.

At its very best, Volpe’s picture is one of unassuming power. Volpe is a relatively unknown entity on the foreign film scene, and this is quite a statement. Her second theatrical feature after working in shorts and in TV, Volpe crafts a film that lacks any real vanity, yet packs a workmanlike energy to each frame. Remarkably unassuming, Divine is a gentle picture, one that pairs rich and crisp photography the likes of which come all but standard with a period piece of this ilk, with camerawork that is quiet and self assured. Each frame has a clear decision behind it, and while it’s not a formalist experiment, few films feel quite as brisk or empathetic.

That being said, this is a character piece stuck in the body of a period drama, and in that comes a performance driven narrative. Starring in the film is Marie Leuenberger, and she’s an absolute revelation. A startlingly physical presence, Leuenberger eats up every scene she’s in, without ever truly drawing attention to her choices. Unafraid of bringing moments of humor, the film asks a great deal of its lead actress with regards to modulating tones, and Leuenberger shows herself to be an actress of great nuance and humanity. The supporting performances are almost uniformly solid, but the Leuenberger is the name everyone will be uttering coming out of seeing this film.

Every week or so a new foreign language film hits theaters, hoping to go from its country’s submission for the Academy Awards to ultimately stealing the Best Foreign Language Film Oscar. However, few are quite as universally crowd pleasing as the sophomore feature from Petra Volpe. The Divine Order isn’t the year’s most remarkable achievement, nor is it the most dense character study. But what it truly is is one of 2017’s most crowd pleasing and genuinely powerful motion pictures.