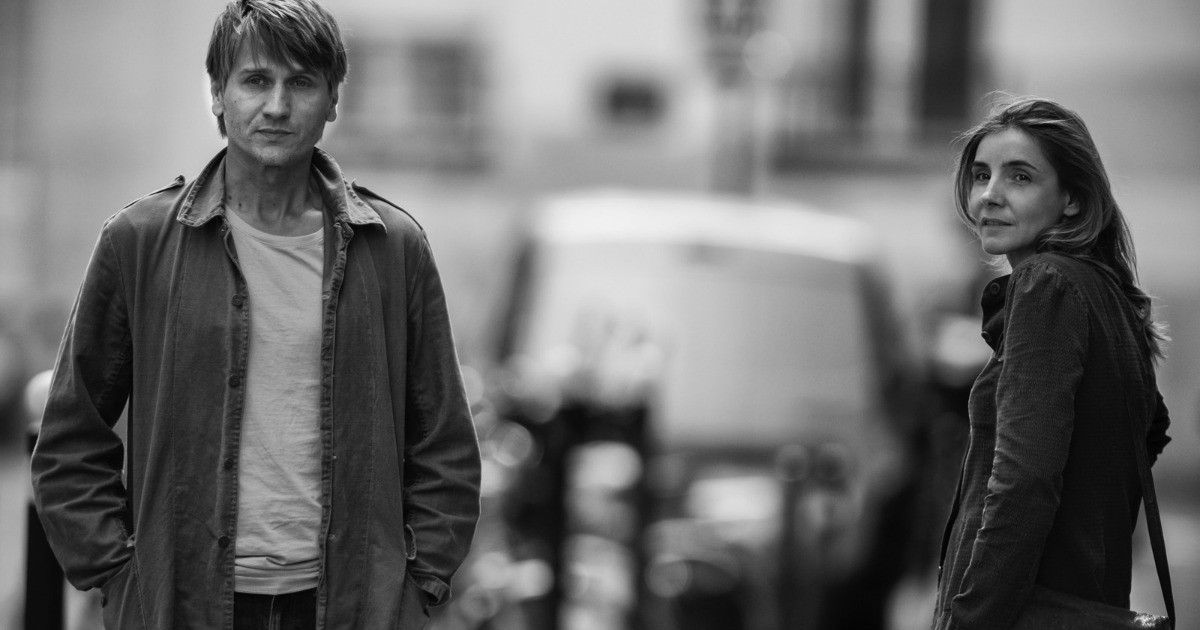 Usually one doesn’t think of seeing a “best film of the year” contender in what is usually the dumping ground known as January and February. However, distributor Distrib Films and director Philippe Garrel have tossed into theaters not only one of last year’s festival darlings but an early contender for the film of the year for 2015. Those unfamiliar with Garrel may find the black and white photography, pretentious-sounding title and hefty festival pedigree as a calling card for a film that’s more style than substance, but In The Shadow Of Women is a triumph of both direction and narrative nuance.

Women tells the story of documentarians Pierre (Stanislas Merhar) and Manon (Clotilde Courau), a husband and wife creative team that crafts shoestring-budget documentaries financed by a series of random jobs that both take on. However, the relationship faces its latest and greatest test when Pierre meets and falls for a young woman named Elisabeth (Lena Paugam). Not wanting to end either relationship, Pierre attempts to “keep” both women (whatever that turn of phrase actually mean), only to push his wife to find a side lover of her own, played by Mounir Margoum. Clocking in at just a pinch over 70 minutes, the film’s narrative isn’t ultimately one of much depth or its focus too broad, but instead Garrel, a staple of post-New Wave French cinema, crafts a taut and emotionally resonant look at loneliness and disconnection.

Co-written by an oft-collaborator of one Luis Bunuel, Garrel teams with writer Jean-Claude Carreire for a film that is a slight change of pace for the legendary French auteur. In many ways a bone dry comedy pitched by moments of poignant relationship dissection (like one character proclaiming that “no man is worth sacrificing your life for”), Garrel’s picture is a quietly profound one. Focusing primarily around Pierre’s attempts to keep both women as major players within his life, we see from the very opening shot of the picture that Pierre is drifting through his life, entirely incapable of finding peace in his current situation. Very much rooted in the New Wave style, Garrel and with co-writers like Carriere, Caroline Deruas-Garrel and Maurice Pialat staple Arlette Langmann, the creative hand here is an assured one, steeped in the malaise that has become the calling card for French New Wave cinema.

Returning to that opening sequence, the very first frames hint at an aesthetic that is as typical of modern French cinema as it is deeply important to the central narrative. From the very beginning, we see our lead male character as a quiet, brooding and disconnected man, detached from his marriage, from the life he’s leading in general. Continuing to make documentaries for no money that ultimately gross no money (the one currently being made by them in this film is on the French Revolution), we see throughout the film that neither party is genuinely excited by the life they are sharing, and the art they are making is even less rewarding. This dissatisfaction with one’s lot in life is universal, and with Garrel’s quiet direction it becomes emotionally resonant in a palpable way.

Performance-wise, the two leads are the real showstoppers here. Courau and Merhar are absolute revelations, particularly Merhar, who carries a lot of the weight here. This type of detached disenchantment with one’s life, this sort of malaise, is a hard one to turn into a relatable emotion, and he is able to steer his performance squarely in that direction, never once coming across as false or cartoonishly theatrical. The film is played in a decidedly lower octave, and both lead performances are able to take the type of lyrical direction and elevate it with a distinct sense of physicality. A film of silent expressions, physicality is deeply important to these roles, and the two leads here are absolutely top notch. Supporting performances are also superb here, but never reach the heights of the film’s two leads.

Shot in lush 35mm, this film thrives when Garrel allows his actors to interact with both one another as well as the space they inhabit. Garrel’s direction is quiet, but truly assured, never drawing attention to itself but instead amping up both the moving emotional core as well as the distinct sense of humor. The use of shallow focus and interior settings is particularly intriguing, thrusting the viewer’s focus directly onto the gestures and expressions of the central cast, while also giving the picture an almost dream-like quality. A film inherently about indecision and deceit, Garrel is wise to keep his camera tight and squarely focused on his actors, as they sift through this game of emotional chess through things as grand as profound statements or as minute as a passing glance. It’s a superbly crafted picture that gets some of the most crisp and awe-inspiring black and white photography you’ll ever see.

While the brief run time and small-scale narrative may make Garrel’s latest feel like a minor experiment, the only thing minor about this new film is the key in which Garrel crafts this taut and powerful drama. Capped off by a superb final coda that is about as upbeat as French cinema can get with regards to their discussions of marital infidelities, In The Shadow Of Women may sound like a pretentious curio for Francophiles, but is without a doubt the year’s first truly great motion picture. Led by superb performances that are given room to truly come to life by Garrel’s fantastic, quiet filmmaking, this is an unforgettable film.