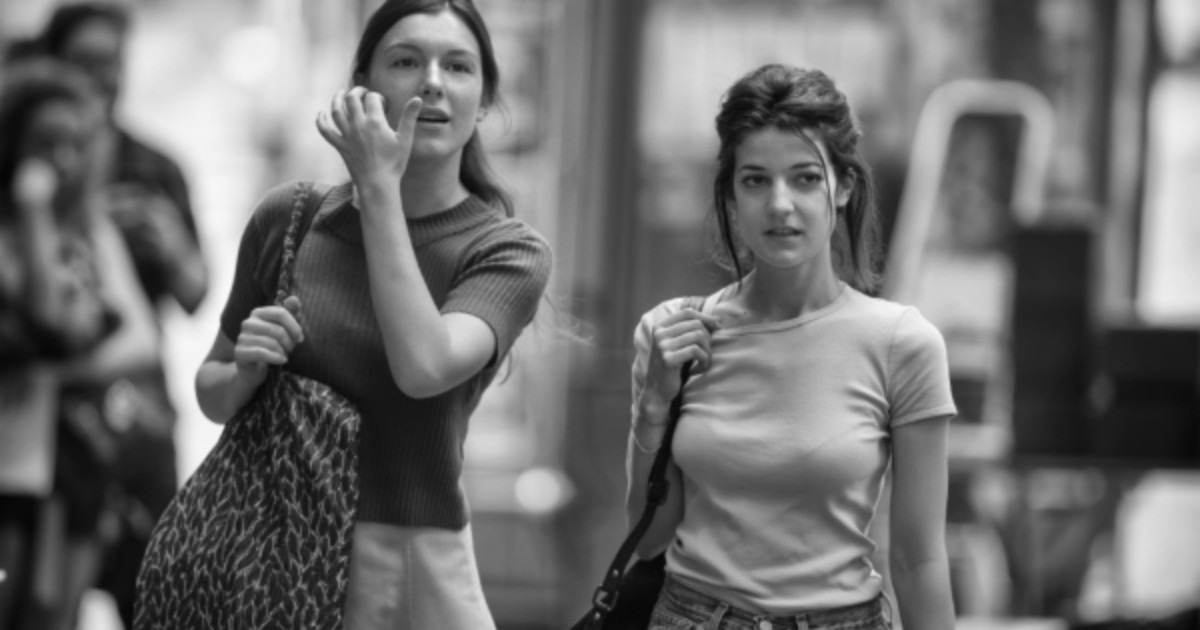 MUBI has struck gold once again.

After years of being best known as an art house alternative to the bloated, insufferable media streaming services like Netflix, MUBI has slowly but surely increased their foothold in the theatrical distribution game, gunning for a seat at that hotly contested table as well. Be it nabbing the UK theatrical rights to Miguel Gomes’ masterpiece Arabian Nights or coming stateside with 2016’s Baden Baden, the company has not only curated an expert streaming service but gotten into business with some of the most interesting and exciting voices in the film world today.

Director Philippe Garrel is the latest to join these ranks. Following up his 2016 masterpiece In The Shadow Of Women, Garrel has returned with a new, equally moving look at modern love and romance, Lover For A Day. Starring his daughter Esther Garrel (who is low key a highlight of Call Me By Your Name, which itself feels like a riff on the moments just before this film), the film introduces the viewer to Jeanne, who is squarely in the throes of a life changing break up. In the wake of this, she moves back in with her father in Paris, only to see that he has found a new girlfriend, roughly her own age. Sparking a relationship all their own, the two young women are in the midst of life altering decisions, all with the hopes of finding the love that they so desperately want, in whatever way that shows its face. Rooted heavily in the same milieu as Garrel’s past two films Jealousy and Women, Lover For A Day is a gorgeously composed black and white meditation on love and relationships in the modern world.

At first glance, the film’s most eye catching feature is the awe-inspiring photography. Shot by Women photographer Renato Berta, Lover is an expertly shot picture, one that feels both decidedly modern and yet rooted in the long tradition of introspective relationship dramas found in French cinema. While the film is in ostensibly black and white, grey abounds here, with the frame feeling much more muted, much more raw than many black and white pictures. The frame is relatively static, focusing less on flashy camera moves and more on the physicality of the performers, all of whom are absolutely superb.

Esther Garrel steals the show as Jeanne, proving herself to be a true force to be reckoned with. Lover is a quiet film, a film of gestures and textures, with the camera giving enough room for the actors to truly flex their muscles. The film rests heavily on the shoulders of Garrel, and her performance is moving without playing too maudlin, human instead of cartoonish. This is something you see her do in Call Me By Your Name as well, but that film doesn’t seem to care much about her role in Elio’s life, with Lover giving her the opportunity to play various emotions with truth and compassion. Eric Caravaca and Louise Chevillote star as her father and his girlfriend respectively, and they too play these characters in a register much lower than one would expect.

Philippe Garrel’s project, as of late, has been to document the various moments in modern relationships, both good and horrific. Through films like Jealousy, In The Shadow Of Women and now Lover For A Day Garrel has become one of the great documentors of love in the 2000’s. These films are profoundly moving meditations on what that love means and all the forms it does or does not take. These are essential, important and devastating pictures, Lover being a true capstone.