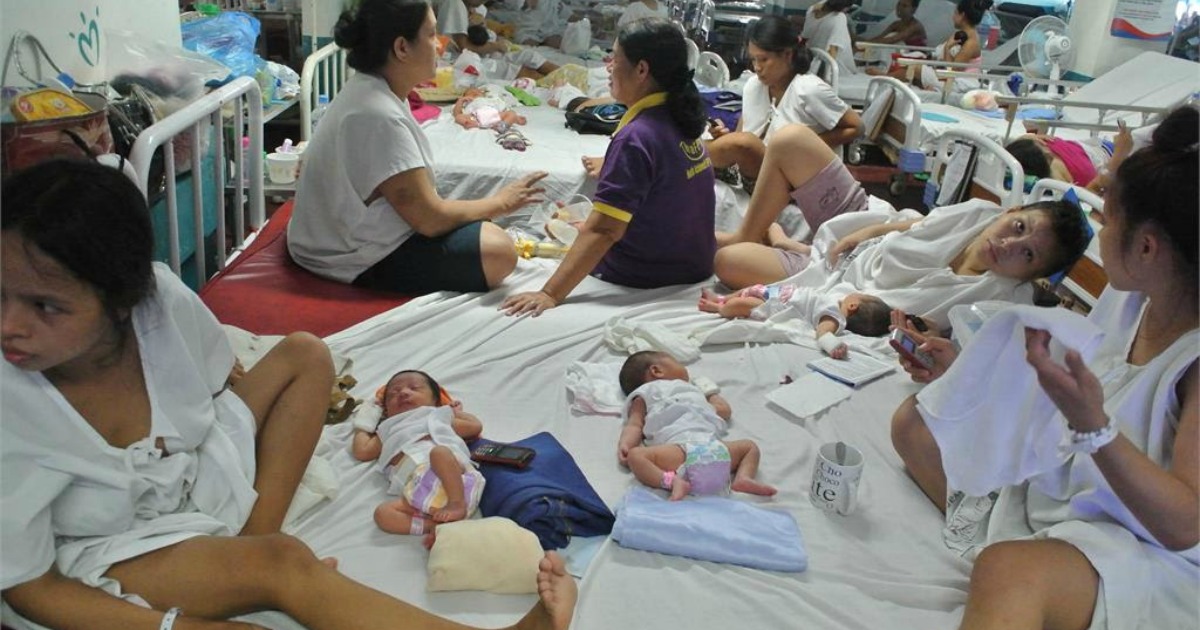 For much of this century, the documentary has been taken hold by filmmakers who are more interested in their own stories, their own “character” if you will, than any real issue or concept. Specifically filmmakers like Michael Moore and Morgan Spurlock (whose seminal Supersize Me is seeing a sequel debut at this year’s Toronto International Film Festival) shifted the language of non-fiction cinema from the verite to the almost narrative fiction-style, character-focused structure. However, in an age of social awareness on a global scale, verite-style filmmaking is having a renaissance.

Take, for example, Motherland. The new film from director Ramona Diaz, Motherland sends us to an incredibly specific locale, in order to mine profoundly universal human truths. Fabella Hospital in Manila, Philippines is where Diaz takes us, a hospital that’s thought to have the world’s busiest maternity ward. Averaging about 60 births per day with a peak of maybe 100 births during one 24-hour period, Fabella Hospital is not your run of the mill hospital, particularly in its focus on impoverished women who themselves are unable to pay for much of the procedure. Claustrophobic to an almost science-fiction level (the sight of whole groups of mothers connected to IVs sharing a single bed is almost Matrix-like in its surrealism) the film never centers itself on one or two specific women, instead embedding the viewer within the broader chaos that is this world.

However, it’s not oppressive. At least at its very best. Motherland’s premise may sound very much focused on the poverty that is the common thread between each of these mothers and their families. We do watch as mothers and fathers alike are told sternly to practice family planning as they give their personal information to nurses. It’s crystal clear that these are relatively rudimentary deliveries, or at least deliveries that are far from the cushy home births you see in American dramas. But the film is too good, too smart, too human to wallow in this. Instead, told with breathtaking intimacy through Diaz’s ever-present and ever-moving camera (itself bursting with the same energy as the hospital itself is, just more controlled), the film fills each moment, no matter the stakes, with humor and wonderment.

Feeling as though it is in conversation with much of today’s ethnographic documentary filmmaking, Diaz doesn’t give the film any aesthetic conceit, truly. Or at least one that’s as noticeable as something like Manakamana. Where that film’s theme and narrative were directly in conversation with its form, Motherland isn’t so much formless as simply uninterested in flights of fancy. Diaz is a skilled enough film maker to understand that the drama within this hospital is almost too chaotic on its own, that giving the viewer a glimpse into this world with any real intimacy will be just captivating. And that’s what she has done here. It’s a film of profound intimacy and humanity, and while some of the sequences here are quite startling in their craft, it allows the humanity found within each story to truly breath.