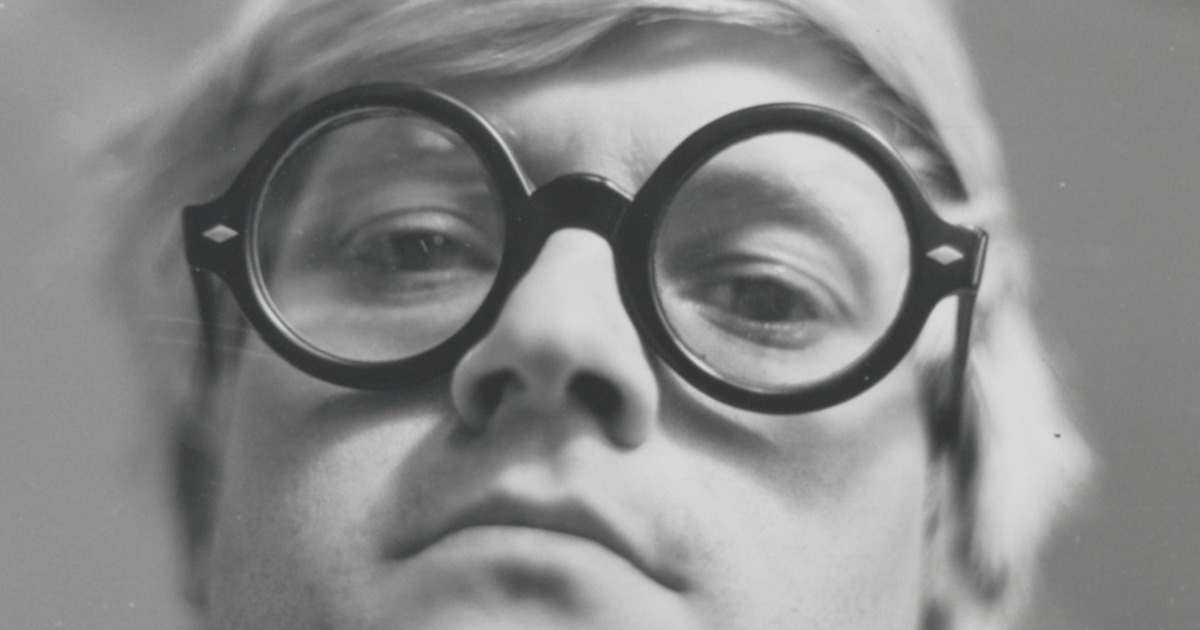 Documentaries, even more so than narrative fiction films, live or die in the editing bay. Even in today’s age of boundary pushing documentaries that seem to be more interested in sensory experiences than anything resembling a narrative, editing can either allow even the most sterile and cliche documentary to truly come alive or thrust experimental pictures squarely into the mud. Take director Randall Wright’s latest film, the classically styled artist monograph known simply as Hockney.

As one may gather from the title, this documentary introduces the viewer to legendary UK pop art raconteur David Hockney. An iconic multi-hyphenate who would begin his career in admittedly classical realms like painting only to experiment in everything from photography to digital painting via some truly breathtaking pieces of iPad-based painting. Hockney, now in his 70s and as lively as ever, is best known for pop art pieces like his stunningly modern “A Bigger Splash” (which still feels fresh and new to this very day) but his career would evolve to see him do not only the above mentioned iPad-based pieces, but grand scale landscapes that feel as classical today as his pop art pieces feel boundary pushing. A style icon to boot (his big glasses are as synonymous with him as his paintings), there truly is no one quite like David Hockney. That’s why it is truly too bad that there are so very many documentaries like Hockney.

Hockney’s greatest flaw is not in the subject matter or the narrative itself, instead in the manner in which the narrative is given to the viewer. The film is engaging and overall quite entertaining, but it’s also bewilderingly sterile in its structure. Simply blending new interviews with Hockney and his friends and supporters as well as archival footage, Hockney is a worthwhile introduction for those new to the artist’s work, but will leave fans of the iconoclast begging for more. One could argue that that’s fitting of Hockney’s work, as his pieces aren’t necessarily as taboo breaking as his contemporaries, but for an artist who clearly seems to continually evolve with the culture at large, there’s nothing nearly as innovative or thought provoking as the iPad pieces we spend the final act here basking in.

The film comes alive, however, when we are in the company of Hockney himself. Be it him discussing his life or, more impactful, discussing his career and perspective on art, he’s a survivor of one of the world’s most tumultuous decades and has a distinct and singular point of view on the world. There isn’t much in the way of critical voice here, which is both understandable (few artist documentaries have the strength of vision to paint a complete portrait of a subject) and frustrating, but not as frustrating as simply and simplistically being shown his pieces in brief glimpses, with little to no actual critical discussion. There’s so very much one can say about a man like Hockney, and even more so his work and artistic evolution, it’s just a shame that this film never becomes elevated to a level above classically structured curio for those with an interest in art.