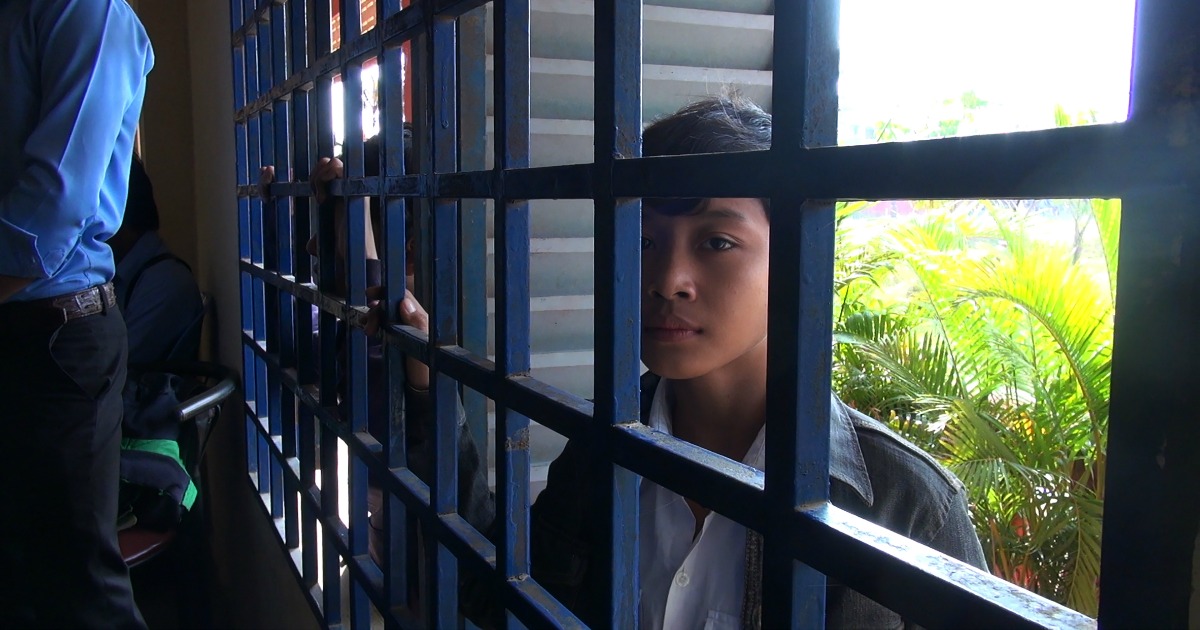 Throughout the history of the art form, non-fiction cinema has seen its form consistently challenged. Be it the earliest days of travel documentaries blurring the line between narrative fiction and whatever “documentary” cinema truly means to today’s almost avant-garde ethnographic documentaries. However, a formally challenging piece of non-fiction filmmaking is ultimately nothing without a captivating central focus. And, frankly, a documentary with a subject that compels can be almost rudimentary in its craft and still be worthy of one’s time.

That’s where Angkor Awakens, the new film from documentarian Robert H. Lieberman lies. A novelist-turned-filmmaker, Lieberman is likely best known in studied documentary circles for his superlative They Call It Myanmar, and now shines a light on Cambodia, and that nation’s history including the Khmer Rouge genocide and their response to it. Low on aesthetic frills, Lieberman blends archival footage with admittedly low-res interview segments that simply let the terror, conflict and devastation seen within this story breath.

Himself a child of the holocaust, Lieberman’s films is profoundly moving and empathetic towards the younger generations of Cambodians, directly dealing with this genocide and its remnants. Beginning with a deep dive into the history of the Angkor Empire and Cambodia’s rise to prominence within the world writ large beginning in the 9th Century, the film follows this line to its status as a French colony and ultimately its role in the Vietnam War. From there the rise of Pol Pot, and the first-hand discussion of the Khmer Rouge and the country’s horrifying history of genocide commences.

Where as the opening discussion of the nation’s history is dense and engaging, it’s also a bit dry, which is made more noticable by the harrowing accounts of the Rouge’s heinous genocide. Told both through period materials and also first-hand testimony, these accounts are devastating in their blunt portrayal of the communist party’s brutality. They add even more weight to an already haunting story of a nation in duress, that’s punctuated by brief glimpses of hope in the form of modern day’s younger generation of Cambodians, a youthful and optimistic group striving for change. Lieberman’s biggest coup, however, is in the form of Hun Sen, Cambodia’s strongman Prime Minister whose interview is unsettling and absolutely unprecedented.

Again, the film is admittedly rudimentary in its aesthetic. The archival material adds even depth to an already powerful tale of human suffering, but the interview segments leave much to be desired. At least in today’s age where every new documentary one sees in theaters somehow seems to evolve the non-fiction film form, this is an aesthetically raw and almost sterile piece of work. At once keeping its focus on the central narrative thread and also feeling almost lazy, Angkor Awakens and director Robert Lieberman are clearly invested in this story, this country and these people, but the dry aesthetic does feel a bit slapdash. That being said, with the aesthetic of a feature you’d see in a museum exhibit, this film may not have great financial hopes during its theatrical run, but will be a streamable title that will be oft-added to queues across streaming services when that day eventually arrives.