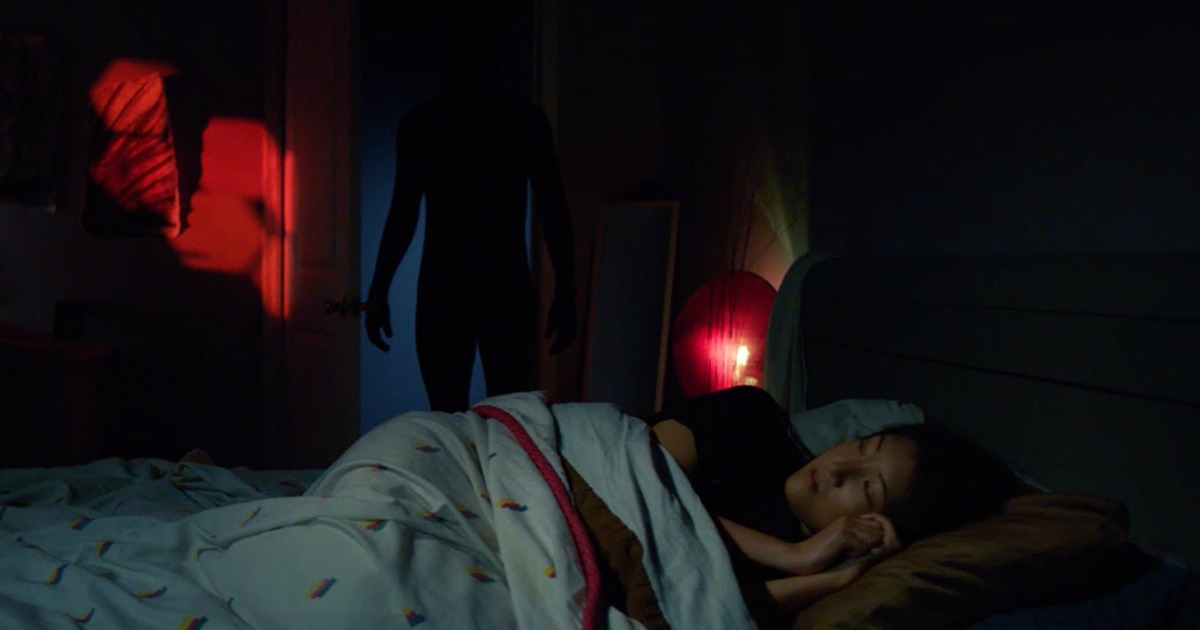 Room 237 was, for documentary fans and cinephiles in general, a punch to the gut. Formally groundbreaking and experimental not only as a piece of filmmaking and video essay crafting but also on much bigger levels post modern criticism, the film launched director Rodney Ascher into the realm of documentarians who are truly important voices in modern cinema. And thankfully Ascher, who is back with his latest picture The Nightmare, isn’t a one hit wonder. Not in the slightest.

A far cry from the video essay that one could describe, rightfully so, Room 237 as, The Nightmare takes the same multi-focused approach as it tells the story of eight people and their battles with sleep paralysis. Giving us a glimpse as to who these men and women are instead of leaving them as simply voices like those in his previous film, Ascher’s latest takes a look at these various encounters with the occurrence, with voices ranging from Michigan to the UK, culminating in one of the few documentaries that will truly be able to leave the viewer grabbing their arm rest tightly in fear.

Like his previous feature (and the comparisons are fitting as Ascher is more and more proving himself to be a true blue auteur of nonfiction filmmaking), the film is broken down into chapters, showing us examples from all parties involved of similar thematic elements and any other connective tissue. Be it each person’s first encounter, or the times that the nightmares brought on by the paralysis became physically painful, the film, through its structure, paints a clear picture of what it’s like to deal with an illness that leaves its person in a state of consciousness that feels as though one is both awake and asleep. Built very much like a narrative film (near the end one could almost see this being a “found footage” film of sorts) Ascher structures his film, smartly, around each person’s discovery of the paralysis, their rationalization of it, and then ultimately their attempts to battle it be that coming to terms with it possibly one day killing them or the finding of faith as a way to fight or cope with it.

There lies the film’s true genius. With a feature like Room 237 or even a short like The S From Hell, Ascher very much became put on the film world’s watch list due to films that had very little structure. Best described as masterpieces of post modern criticism, these films lacked structure but were built around the idea that the audience themselves would become enraptured by a conversation with the film itself. This film however has a clear narrative, in many ways a three act structure, and yet still carries with it much of Ascher’s patented sense of style. Even giving a segment of the film over to these men and women and their interaction with popular culture (Nightmare On Elm Street plays a big part in this segment of the film), the film is absolutely an Ascher picture, from beginning to end.

Visually, he’s also proving himself to be something far more than a glorified editor, a knock that was given to him previously. Instead of taking just source footage like his previous film (which kept the shot footage to a bare minimum), this film flips that equation, building it around both talking head interviews as well as re-enactments. However, you’ve never seen re-enactments like these. All taking place on a deeply troubling and almost German Expressionist-influenced set, the film is a haunting piece of craft from a filmmaker truly spreading his wings here. Gorgeously crafted and nightmarishly lit, the film has a dream-like aesthetic, with a camera floating around the space, even occasionally bringing Ascher himself into frame to either ask a question or give his take on the subject. He himself had a battle with this once in his life, and while his discussion of his encounter feels forced and is very much problematic in the moment, the way he toys with the format and style of non-fiction cinema allows it to be a curio of sorts and less a vote of out and out support for these stories. The re-enactments themselves have an arc almost, as they gradually and gradually become more troubling, until the final act which has a moment of absolutely bravura filmmaking rarely seen in this type of film.

Overall, while the discussion of sleep paralysis itself doesn’t get too intense or deep (save for one woman who has experienced it but almost seems to be put in the film to be more of a voice of pure intellect, which fits her as she’s a teacher), this is yet another stunning piece of work from one of today’s greatest non-fiction filmmakers. If documentarians can be auteurs, Ascher is one of the most clear and singular working today, and this may not be as thought provoking as his debut feature, it is every bit as haunting and boundary pushing.