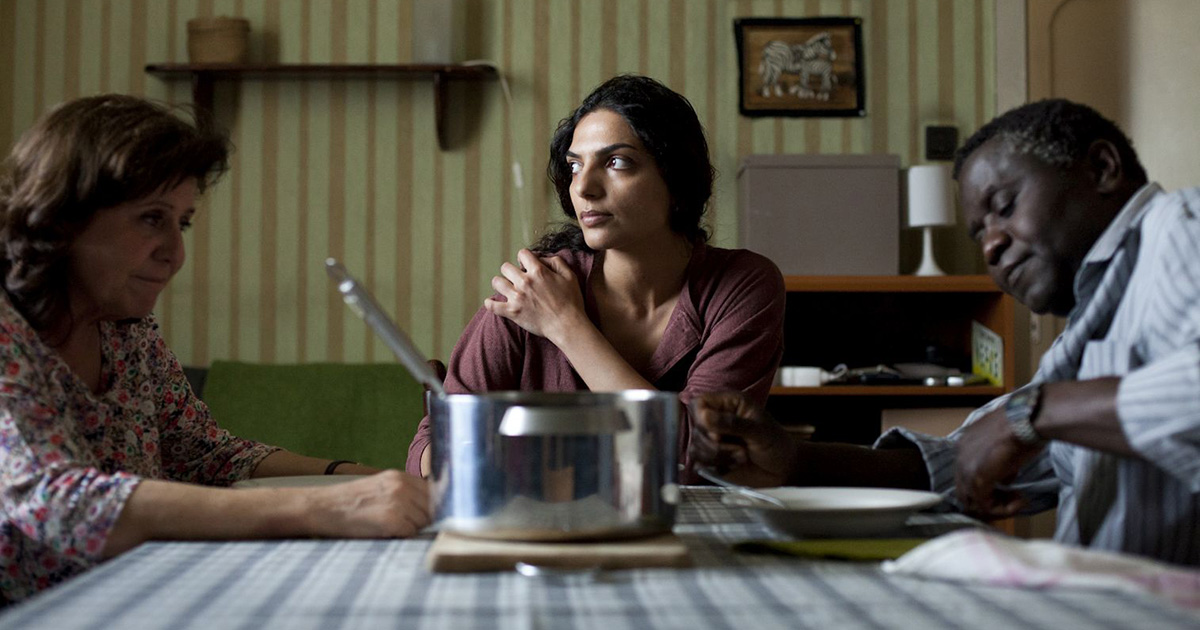 In an age of ethno-nationalist ideology taking rise in nations around the planet, few issues have become more central to global relations than that of immigration. Countries throughout the world are continuing to suffer thanks to the rise of so-called populism movements that are as much about cutting some proverbial slack for the “little guy” as they are beating and battering down minority groups of people that are seen as nothing more than some grotesque “other.” The subject of many of the great documentaries of recent memory, the migrant crisis facing much of the world is now seeping fully into the world of fiction filmmaking, with one of the more profound examples being the latest film from Hungarian director Roland Vranik.

Not well known here stateside, The Citizen is Vranik’s third feature film, seeing him team with legendary Hungarian filmmaker and co-writer Ivan Szabo to tell a moving and deeply empathetic story about a man simply looking to find a place to call home. The film tells the story of Wilson, a refugee from Africa living in Budapest, splitting his time between working as a security guard and trying his best to pass his Hungarian citizenship test. Facing an uphill battle on both fronts, Wilson sees his life change after the middle-aged man sparks not only a romantic and physical relationship with a married Hungarian woman, Mari, but also finds more paternal connections with an Iranian refugee, Shirin, who lands on his doorstep following a promise for shelter made by Wilson’s ex-roommate. Most closely connected to a film like Fassbinder’s Ali: Fear Eats The Soul, The Citizen is a tender and nuanced film about the striving for free will and some form of agency when you’re seen as nothing more than some sort of “other.”

At first glance, The Citizen is relatively unassuming. Using primarily non-professional actors, Vranik’s film is a quietly told character study, focusing on the push and pull between two lovers not just caught in different worlds, but forced to face that fact by a world not afraid to tell them about it. Sideways glances, verbal abuse and ultimately physical violence await this couple, particularly from Mari’s son, Karloy (Mate Haumann). This specific relationship breeds one of the picture’s more interesting conceits. Throughout the film Karloy pokes and prods Mari and Wilson both singularly and as a pair, asking why Wilson should even be given a chance at becoming a Hungarian national. Instead of facing her son on his vitriol head on, she implores him to try and get himself settled in a new country as Wilson has done. This sense of boundless empathy is at the very core of this soft-spoken picture, making it a deeply rewarding experience.

Formally, the film is slightly less enticing. A far cry from Fassbinder’s shattering camera work in Ali, The Citizen is an ostensibly dry affair, using a typically muted color palette and numerous tracking shots to give a sense of faux realism to the proceedings. It’s a fine directorial effort, with a specific burst of violence feeling like a genuine punch to the gut, but for much of its nearly 110-minute runtime, Vranik crafts a film that’s as flat aesthetically as it is moving emotionally. Close in style to that of the brothers Dardenne, Vranik’s film has a similar sense of social realism without the same sense of piercing intimacy.

Flat is actually a perfect word for the film, as there doesn’t seem to be much of a third dimension to any aspect of the film, save for the superlative performances. Uniformly great, stars Cake-Baly Marcelo and Agnes Mahr give top tier performances, and the chemistry they have together never once feels false or put on. Their relationship feels real and lived in, giving the picture an emotional center that it so desperately needs. When their relationship faces its numerous bumps and bruises, each blow feels like one straight to the body, elevating the film beyond a simple piece of socially conscious filmmaking.