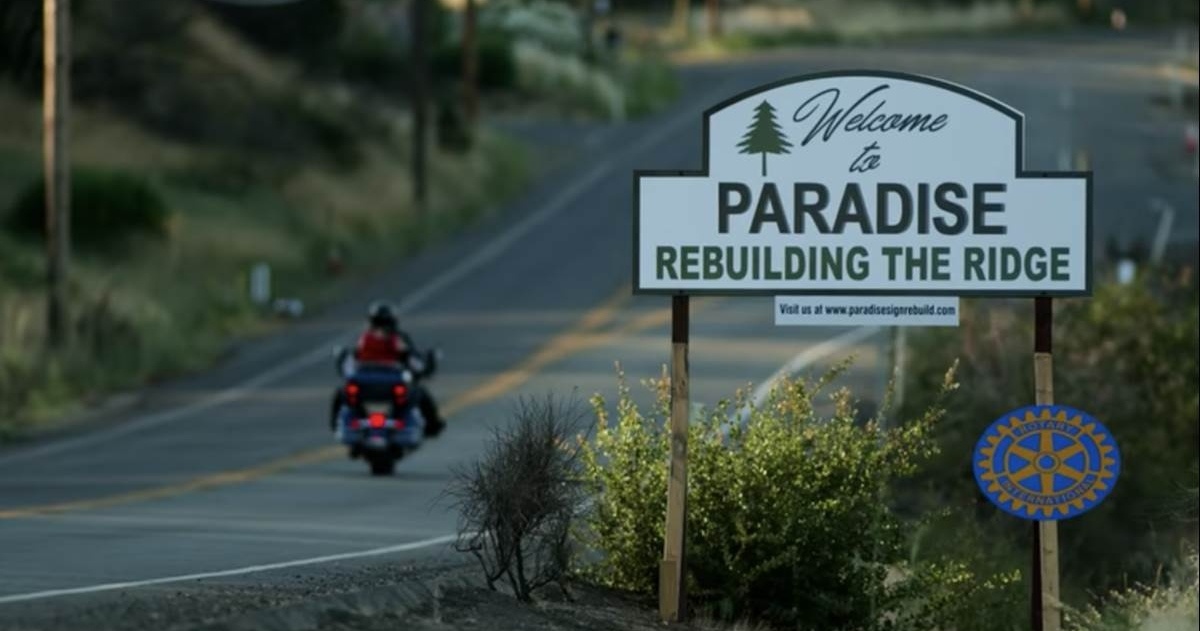 When it comes to directors who have made a name for themselves in both the fiction and non-fiction worlds, Ron Howard isn’t the first of them that comes to mind. Only recently diving into the documentary arena with films like Pavarotti and 2013’s Jay-Z documentary Made in America, Howard has come back with yet another non-fiction work entitled Rebuilding Paradise.

And thankfully it may be his best documentary yet.

Introducing viewers to the community of Paradise, California, Rebuilding Paradise is set in the direct aftermath of the devastating firestorm that ravaged the area on November 8, 2018. Taking the lives of 85 citizens and displacing another 50,000, the fire quite literally burned the community to the ground, destroying over 90% of the buildings in the city, standing as one of the deadliest fires in U.S. history.

Equal parts tender and terrifying, Rebuilding Paradise is a gorgeously rendered documentary, so much so that despite being little more than your typical slice of life documentary conceptually, in actuality the film plays as a tense, engrossing and crisply shot study of a community torn apart by quite literal existential means. Opening on almost entirely first person footage shot by those who lived through this wildfire and reported on it, the film thrusts viewers into this nightmare with an intense intimacy and urgency, only elevated by Howard’s sheen as we begin the story proper.

Viewers are then introduced to various players within the community, such as a school superintendent unsure of how to recover following eight of their nine schools being destroyed, or several “regular” residents of the city as the future (even if that means one out of Paradise entirely) weighs like a pile of bricks upon their shoulders. At its heart a character study, these men and women do not become subject to the most dense of storytelling, but what they do offer is a sincere and tactile heart and soul for this brooding climate change issue picture to play off of.

Therein lies the real intrigue of the film. At barely a hair over 90 minutes, the film does attempt to both tell a specific story of a community brought to the ground by a climate disaster while in turn using their plight to look more largely at an issue that is as dire as any in the cultural zeitgeist. At his best a genuine and sincere humanist, Howard doesn’t make much of a political stance until the film’s final sequence (unarguably the film’s tonal moment in the picture), and even then it’s preceded by a moment of such profound selflessness that you’re still left more interested in living with these men and women than what their nightmare means more largely for a world quite literally on fire. Maybe lacking in incisive politics, Rebuilding Paradise plays more clearly as a type of empathy bomb that has been seen throughout Howard’s career. So maybe it’s less Howard finding documentaries a bit later on in his career and more the medium, and the cultural moment we’re in right now, calling for the type of humane and heartfelt pictures that have become stock and trade for Howard throughout his filmography. And hopefully this isn’t his last.

Director Alice Winocour returns with a deeply moving portrait of a mother and daughter relationship on the brink.