It’s April in Saigon, the capital city of South Vietnam, in the year 1975. Just a couple years prior, US president Richard Nixon signed a cease fire treaty with North Vietnamese leaders, allowing for the withdrawal of combat forces in the south. However, with thousands of personnel still in Vietnam after settling down (various operatives found spouses, started families), there was still a large number of US government officials within the area. Why would this matter? Well, with Nixon’s retirement in 1974, the battle between North and South Vietnam began once again, and on April 30, 1975, the capital city fell.

And that’s where the new documentary, Last Days In Vietnam, picks up. As the title hints at, director Rory Kennedy’s new film looks, and attempts to re-evaluate, the final days of US involvement in Vietnam, and the evacuation of Saigon.

With the 40th Anniversary of the Fall of Saigon approaching in just a handful of months, the subject at the film’s center may seem like a distant marker in a point in US history that many may like to forget entirely. However, Kennedy’s picture is not only one of the year’s best documentaries, but it may arguably be its most vital and important. The film looks at the US response to a then-new attack on South Vietnam by their northern opposition, which according to the Paris Peace Accords, signed two years prior, should have sparked US involvement back in the region. However, with Congress refusing to make good on the promise of that treaty, they instead ordered military personnel to allow solely US citizens to evacuate the area.

Opening with the story of a member of the military recounting the tale of a family he helped get out of Saigon, the film is proven to be aesthetically as vital as they come. Similar in you-are-there style to a film like For All Man Kind, the film primarily uses grainy first hand footage of the last days of US involvement in Vietnam. This choice makes each and every story, of which there are quite a few, carry with it an enormous weight and emotional heft. The use of talking head segments as opposed to being told entirely through voice over, like the above mentioned masterpiece, does take some immediacy out of the film however. It’s an odd choice given the film’s extensive use of source footage, and while it does take away a bit of drama, drawing the viewer out of the “moment,” it does help to see the men who lived these moments and their emotional state while reflecting on what occurred.

The footage is grainy and effecting, and thankfully the film doesn’t entirely gloss over the moral issues at the core of US involvement in Vietnam during this time period. No doubt a powerful look at many heroic acts attempting to help Vietnamese citizen evacuate during this period, the film doesn’t really make it a patriotic film. Showing, instead, the power of the human spirit, the film has a universal sense of heroism that is both emotionally moving and bewilderingly pertinent. In an age where the US is again stuck in the middle of a military quagmire with moral quandaries popping up daily, this look at real, raw humanity coming out of the darkest of moments is not only historically important, but in many ways timeless. It also looks at, on a microscopic level, a war full of follies, a war where there were “promises made in good faith, promises broken, people being hurt because we didn’t get our act together.”

A beautiful documentary from director Rory Kennedy, Last Days In Vietnam is a resonant piece of historical storytelling, and a documentary not to be missed. Far more than just another meditation on one of the darkest moments in this country’s history, this beautiful and moving film gets first hand accounts from both US officials and Vietnamese men who lived these moments. With a brisk sense of pace and a thought provoking collection of ideas and themes, this is a film that should not be missed. 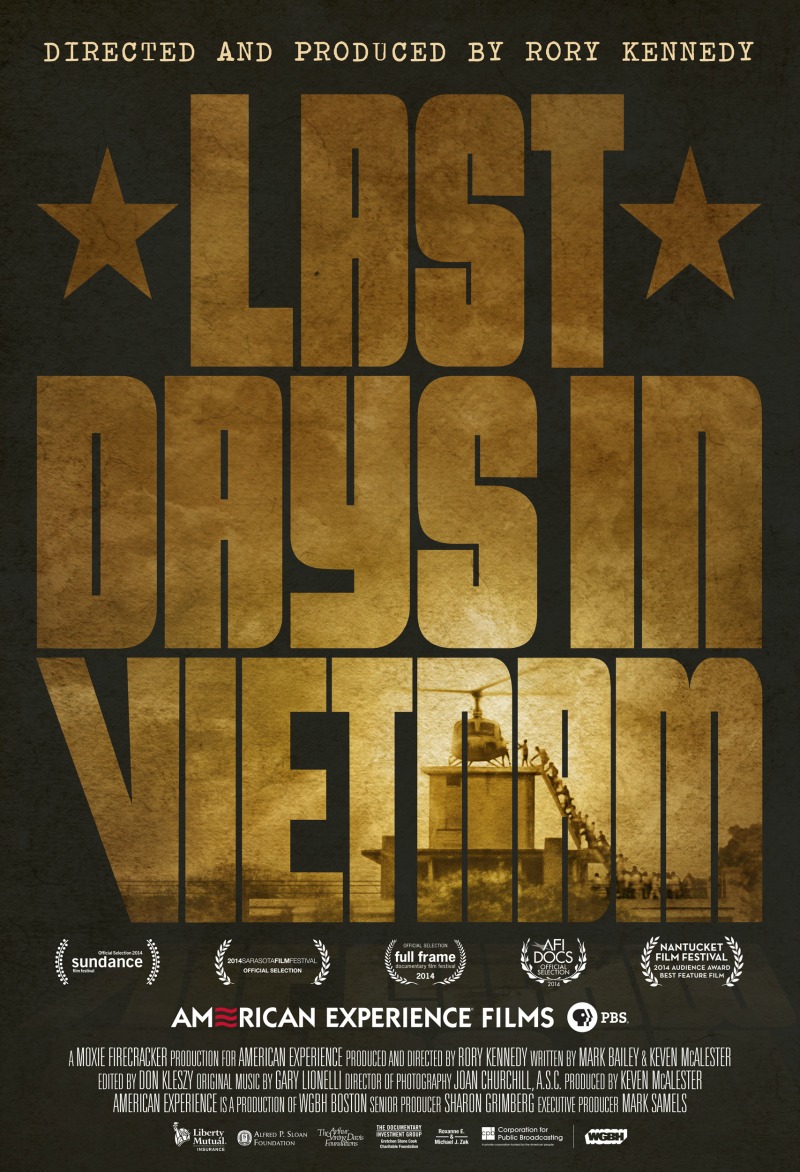