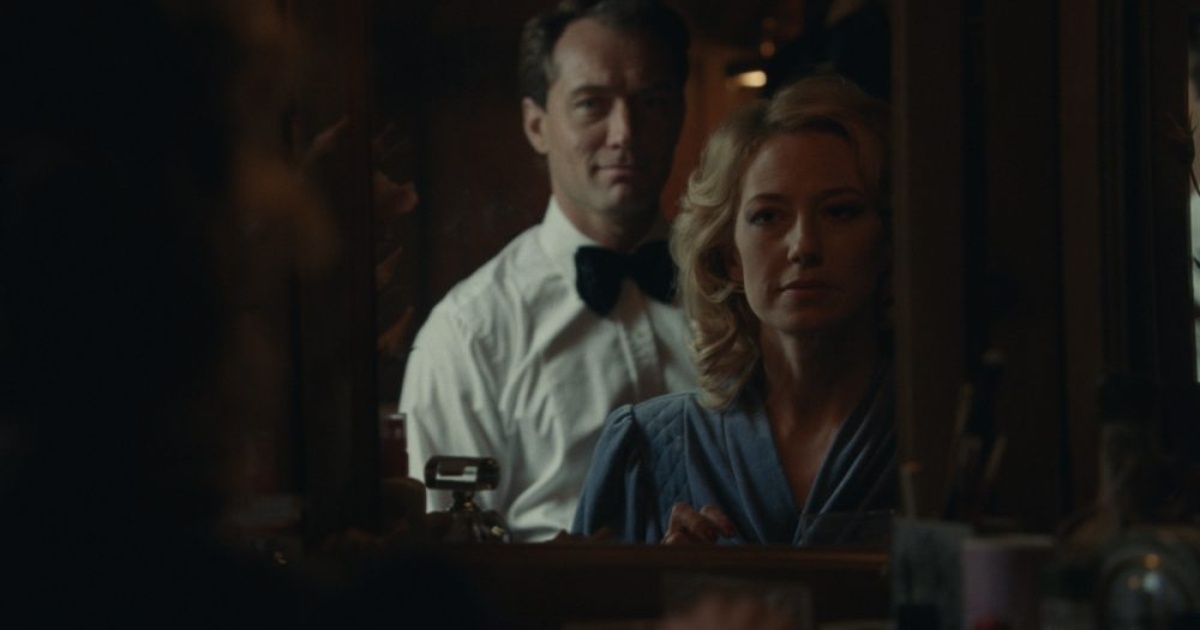 Despite working as a producer on a handful of independent films and even getting behind the camera for a TV series entitled Southcliffe, director Sean Durkin hasn’t much been seen in cinemas since his debut smash hit feature film Martha Marcy May Marlene. With that film garnering incredible notices and more or less launching the career of one Elizabeth Olsen, Durkin’s career has been woefully scarce, particularly as a director.

Thankfully that appears to be changing.

Durkin makes his much anticipated feature film return with his sophomore effort, The Nest, and this time he comes with a cast led by two relative A-listers and a tale that, at first glance, feels perfect for his type of intimate, personal storytelling.

The Nest stars Jude Law and Carrie Coon as husband and wife pair Rory and Allison, who along with their two children, leave their home in suburban America for Rory’s job, bringing him back to England and his family to a mammoth manor. However, while the house may not be haunted in a horror film type of way, things begin to unravel after the move, turning the film into a deeply felt and increasingly intense rumination on family, work, love and marriage all with the individualistic greed of 1980s Reagan and Thatcher administrations in the US and UK sitting firmly in the ether.

Actually, the political aspect of the film may very well be the film’s most interesting aspect. While much of the familial melodrama feels frustratingly thin and tired, watching as Rory’s own politics become corrupted by a type of capitalism that has since seen the world more or less be set on fire. Viewers watch as Law’s Rory fights tooth and nail for a vague notion of upward mobility, watching as he subjects his family to more and more stress and less and less actual time shared while the only reward is gaudy dinners at baroque restaurants. A son’s being bullied at school. A daughter is beginning to rebel and lash out in her own way. A wife’s feeling undone by a husband whose own bullshit has become so deep seeded that it becomes some sort of alternate reality for the man.

This all comes after the family moves to a new estate, and while the marriage and family unit may be crumbling, the film’s style certainly doesn’t. Crisply shot by cinematographer Matayas Erdely, The Nest is a surprisingly earth-toned film, with browns and greens coming through with distinct clarity. There’s real maturity not just in the austere photography but also the subtle direction, particularly as things begin to unravel. There’s a particular scene involving a major fight in what appears to be some sort of sitting room, a fight that’s played out in a relatively static, cleanly blocked frame until the final barbs are thrown, sending the camera off into a void from which it fades out and we enter a new scene. It’s an almost theater-like bit of choreography, which plays wonderfully with the film’s larger theatricality. The film’s frames are almost harsh in their crispness, with vivid close-ups giving the film a startling sense of intimacy given the histrionics.

However, the style can’t truly elevate a film that one will feel all too familiar with. The most intriguing sequences aren’t with the family as they crumble in a way similar to that shown in every other familial drama, instead it’s watching it in some strange second hand, through the lens of the parties and dinners viewers become privy to. Much of the film relies on the fine, if relatively one note, performances from Law and Coon (both coming alive out of nowhere in the film’s knockout final scene) as they go through the motions of a couple unraveling, which Durkin in neither his script nor with his camera add much to the larger conversation therein. Instead, watching as the couple, particularly Rory, navigates their way through a world of old money values feels strangely fascinating. It’s in these moments that the film elevates from a simple knockoff of films like Scenes From A Marriage, and becomes something slightly more, slightly worth taking a chance on.