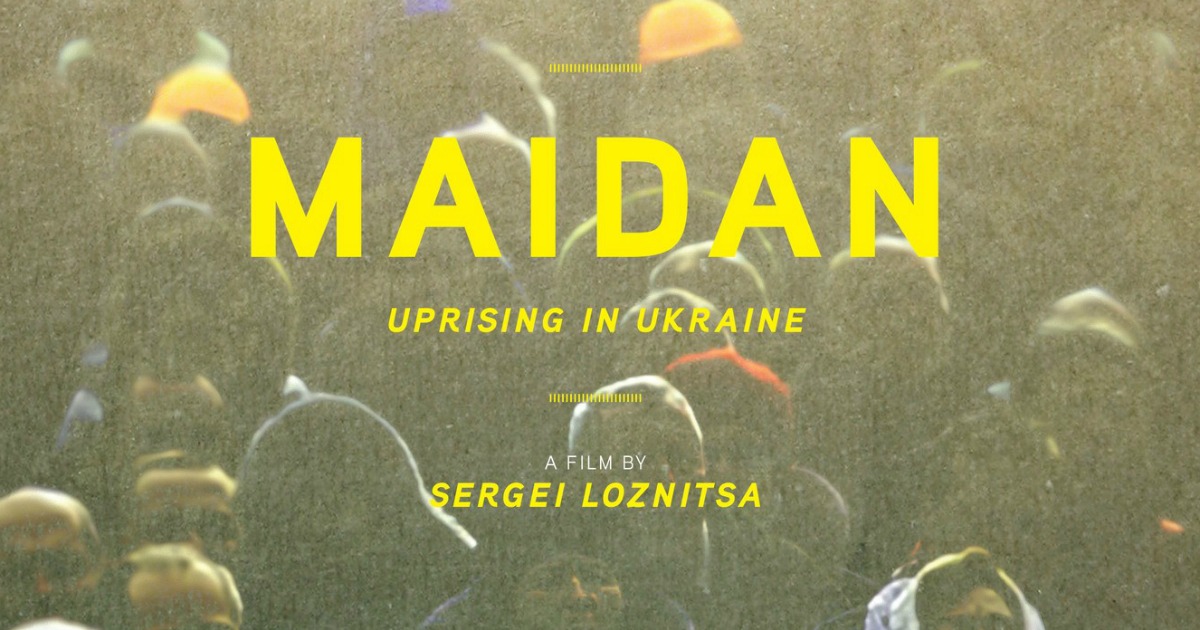 There’s no style (form, medium, whatever you would like to call it) of filmmaking quite as engrossing, informative or boundary pushing cinematically quite like that of documentary film. Able to run the gamut from straight forward issue pieces or biographical stories to purely experimental pieces like the essay film Concerning Violence or the science film work of the late Jean Painleve, non-fiction cinema is the home for some of film history’s greatest formal triumphs, dating all the way back to the birth of the artform. And even still, to this day, documentarians are finding new ways to not only push the medium forward, but in a way change the cinematic language, all while shining a light on some of the world’s biggest and most important political, sociological or cultural issues.

Take the latest film from director Sergei Loznitsa, the unforgettable Maidan. Coming off a run on the festival circuit with stops at prestigious festivals like Cannes and Karlovy Vary earlier this year, Loznitsa’s film takes a ground level look at protests held in the titular square within Ukraine. Shot almost entirely in lengthy, static master shots that were shot during protests held from December 2013 to February 2014, the film is a haunting and quiet look the evolution of protest and revolution.

With regards to the context from which this film is drawn, there’s a bit to unpack. Held within Kiev’s Maidan Nezalezhnosti, the film introduces us to peaceful protests held in the wake of then Ukrainian President Viktor Ynukovych’s disinterest in becoming a more influential player within the greater European Union. Himself a decidedly pro-Russian politician, Yanukovych’s stance sparked a great outpour of resentment from citizens, ultimately leading them to take to the square with songs, poetry and everything in between. Directed by Loznitsa with the help of cameramen Serhiy Stefan Stetsenko and Mykhailo Yelchev, this is a static, breathlessly made meditation on one of many uprisings that proves that the world is at a true watershed moment politically and culturally.

Besides being inherently compelling thanks to the above political narrative which plays its backdrop, Loznitsa proves to be an absolutely compelling documentary filmmaker. This writer’s first experience with the filmmaker’s documentary work (most will know him as the man behind 2010’s great My Joy), this is a breath of cinematic fresh air injected directly into the heart of a film world trying to grapple with a world drenched in revolutionary atmosphere. Quiet and consisting almost entirely of static camera shots, this is a moving piece of art that gives each moment the time to breath. Set pieces chock full of emotional and intrigue abound here, with the stove top slowly getting hotter and hotter until the revolution truly boils over. There’s a moment here, a moment where the public’s voice is nearly entirely shut down (January saw the implementation of strict anti-protest laws), and from that moment on the film takes a decidedly more radical turn, at least in atmosphere, while sticking firmly with its introspective and breathtaking aesthetic. The narrative is told entirely through these pictures and various voices we hear from a distance, and the one moment that breaks the film’s static style is one of the most intense and harrowing moments in all of this year’s cinematic output.

This will not be everyone’s cup of tea. Clocking in at 133 minutes, Maidan is a filmic experience all its own. Beautifully made, but quietly so, the film is going to enrapture any and all viewers that give themselves over to this unforgettable look at just one of this world’s many great revolutions, as it goes along. Unlike any film the film world has seen cover this type of ground as of the last handful of years, this is the one that feels the most immersive. It’s simply one of the year’s most important films.