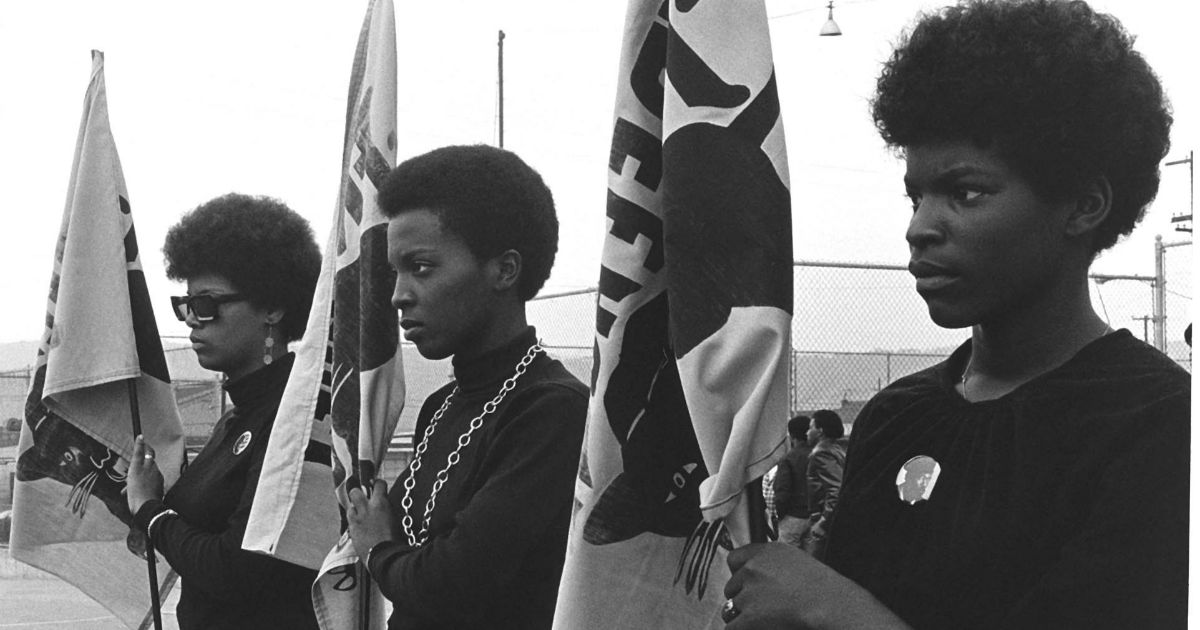 All of these words, and so very many more, can be and have been used to describe the group known as The Black Panthers. Born out of a point in American history where a never ending war was being broadcast on our TV sets and racism flooding our streets, The Black Panther Part for Self-Defense became at first a group seeking equality only to become a groundbreaking collection of African American men and women that would forever change the landscape of this very nation. And thanks to legendary documentarian Stanley Nelson Jr., the party (for the first time) now has a feature length documentary taking a clear-eyed look at the history of this monumentally influential collection of revolutionaries.

The Black Panthers: Vanguard of The Revolution tells the rise and fall of this group, with Nelson going directly to some of the top players in the infrastructure of the party. Blending new talking head interviews with the men and women who lived through this time with archival footage, Nelson’s new picture not only introduces us to top players like Huey Newton, Bobby Seale and Eldridge Cleaver, but takes an even handed look at a group of flawed human beings trying to change the world, never afraid to shine a light on the flaws of those involved here.

That’s truly where the film’s brilliance comes to play. Yes, the picture is decidedly supportive of the movement and the ideals behind it. However, at its very best, this is a definitive historical document about this party. Giving us the story of the party’s rise in violent Oakland, California as a direct response to police brutality in the area, Vanguard shows the Panthers at their very best (working with youth in inner cities) and at their very worst, the latter of which making up much of the film’s final act. Clocking in at nearly two hours, the film is a dense piece of work, not only giving the viewer a broad history of the Panthers, but also aspects like the importance of women in the movement and also the splintering of the party leading to what would be its ultimate collapse. As well as digging into J. Edgar Hoover’s FBI and their paranoia involving the group, Nelson’s picture is a gorgeously crafted and culturally important time capsule.

Aesthetically, the film is much more about the access than the style in which the facts are given. Nelson is an intriguing filmmaker, for many reasons, the top of that list being that he comes out of the William Greaves school of documentary filmmaking. Once an apprentice of the legendary experimental auteur, Nelson has since become a far more mannered filmmaker, this being one of his most clear headed and structured works. Where many of today’s great documentaries are challenging works of sensory experimentation, Nelson’s film is a horse of a different breed entirely. Again, more interested in being a historical document, Vanguard is an anarchically entertaining achievement and the very best of what non-fiction cinema can be. The pace of the film is fantastic, with the nearly two hour run time feeling about half as long,  never allowing the viewer a chance to escape this harrowing tale of people fighting against a system that still suppresses them to this very day.

Giving the viewer startling access to a treasure trove of documents from the history of The Black Panther Party, the film is also as timely as a film could be, giving us a first hand account of a revolution sparked out of a time period that sounds eerily similar to the one we live in today. With the discussion of women and their role within the movement being the film’s true high point, this is a rewarding and beautifully rich story woven by an absolute master of the craft. Percussive, vital and groundbreaking in its own way, Nelson’s latest film is a documentary you will not soon forget, and one that absolutely needs to be talked about.