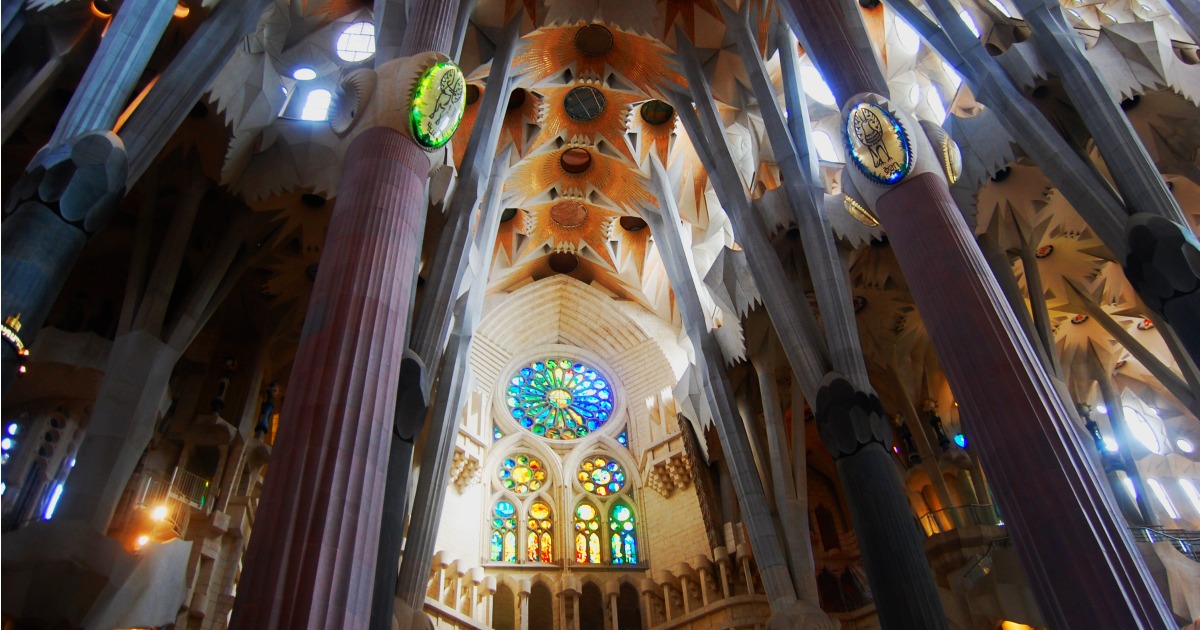 No matter what part of the world one lives in, structures surround us that are as unique as they are awe-inspiring. Be it a revered piece of architecture like the Eiffel Tower or a modern marvel like the world’s tallest building, the Burj Khalifa in Dubai, or a local cathedral that is as breathtaking as it is singular in its Gothic style, stunning architecture surrounds us all daily. However, few buildings are truly as beautiful and iconic as one of the many masterpieces designed by the legendary architect, Antoni Gaudi.

Located in Barcelona, La Sagrada Familia is one of the great works of Catalonian art and architecture, and despite remaining unfinished well over 100 years after construction began, it has become one of the world’s most beloved pieces of artwork. The focus of a new documentary entitled Sagrada: The Mystery Of Creation, the story behind the building of this monstrous beauty is almost as interesting as the cathedral is beautiful.

Designed by Gaudi in the late 19th Century, La Sagrada Familia remains incomplete, yet has become a beloved piece of work amongst art and architecture critics and historians. Names like Paul Goldberger and critic Rainer Zerbst have sung this building’s praises calling it “the most extraordinary personal interpretation of Gothic architecture since the Middle Ages” and describing it as unlike anything “in the entire history of art.” However, it’s not just a piece of art. As director Stefan Haupt digs deeper throughout the film, one discovers that while it is ostensibly a piece of art and architecture, it is so very much more.

At its very best, Haupt’s film treads similar aesthetic ground to a film like its closest relative, Teshigahara’s Antonio Gaudi. While that film, in its entirety, is an expressive and almost spiritual look at the work of the aforementioned artist, Sagrada is a bit more of a mainstream blend of talking head documentation and philosophical musing. At once a documentary about an ongoing construction project that has the art world captivated and an almost haunting meditation on the human experience and our hunt for meaning in the universe Sagrada is truly unlike any documentary you’ve seen this year, for better and for worse. The mixture of focus here is a bit jarring, and while it’s not something that a viewer can’t overcome, this blending of historical context and philosophical criticism, at 93 minutes in length, can be a tad cumbersome and exhausting. The film feels a tad too long in the tooth, and while its a fantastic bit of sensory experimentation, it doesn’t quite come together.

That all being said, there’s something to be said for a film that is as beautiful and expressive as this. Even giving the interview segments a heavenly quality, Haupt’s film is a sight to behold. Ostensibly a tour of this legendary cathedral, we become privy to not only various bits of archival footage and photography, but also current day footage of construction, and with some beautiful voice over the film shines a light onto the spiritual side of the legendary work of art. While inside the cathedral we get voice over discussing the building’s representation of the human search for why exactly we exist and what our existence truly means, and this footage and the accompanying voice over really give the film an otherworldly quality. So while it may not be the most brisk of watches, a viewer could do far worse than get lost within the walls of this beautiful piece of art, and this equally gorgeous bit of non-fiction filmmaking.