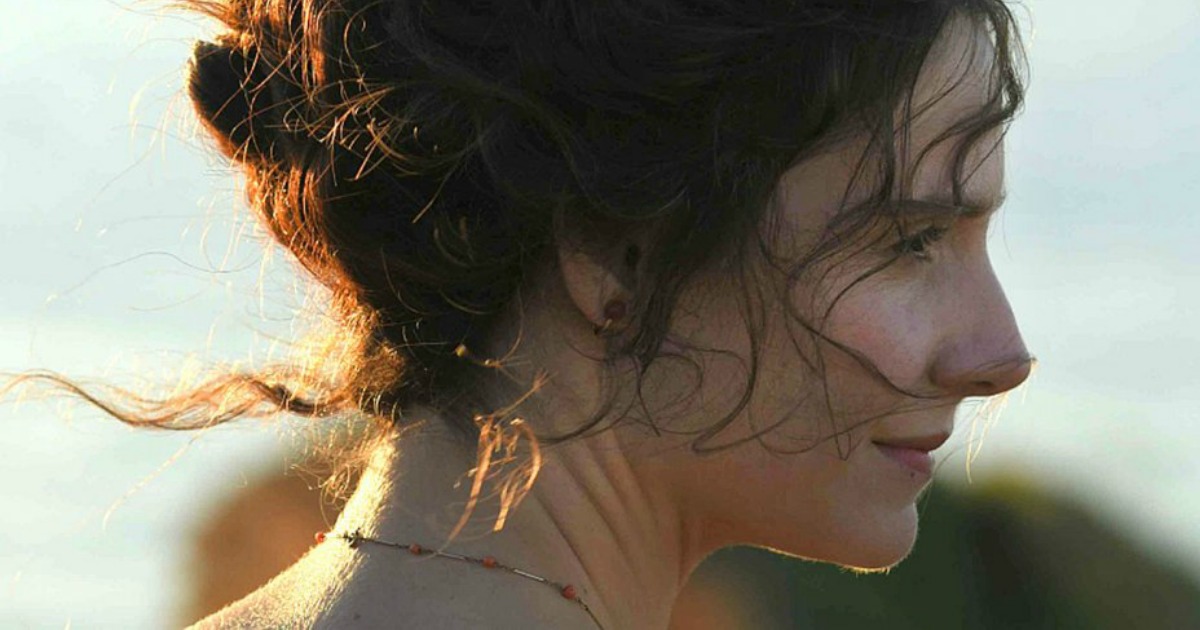 The “literary costume drama” is one of cinema’s most tried and true genres in the broader film world. From seemingly the inception of the medium to today, the tactile world of grand costumes and baroque examinations of love in a bygone time have been the breeding ground for some of the most exciting and formally inventive films of all time. However, it’s also become an often stuffy and cliche-ridden genre that finds few ways to break new ground.

But then comes A Woman’s Life. The newest film from French director Stephane Brize, Life takes the stilted trappings of the literary costume drama, and grounds them in ways one rarely sees. An adaptation of the beloved Guy de Maupassant novel Une Vie, Brize’s picture introduces us to Jeanne, a young woman in rural, 19th-century Normandy who meets and marries a Viscount Julien de Lamare. However, almost instantaneously things begin to unravel, and over the span of 20-plus years we the viewer become privy to every trial and tribulation that befalls this woman. From a husband who can’t keep his genitals to himself to the ebbs and flows of being a mother, the broad-sounding A Woman’s Life finds profound universality in it’s epic, and specific, narrative.

It also finds startling beauty in its aesthetic conceit. Shot in 4:3 and on low-grade consumer-level handheld digital, Life is a work drawn from iconic literary roots but decidedly of this moment. A film of textures, tones and moods, the photography and directorial work here is arguably its strongest suit. Where as a majority of work shot on digital looks almost too crisp and lacks the real “heart” that comes with film grain, there’s a softness (one could argue a crudeness but they’d be wrong) to the textures that Brize arrives at here. The colors are slightly washed out, yet even then that doesn’t quite describe what this feels like, as it feels driven far more by a sense not of nostalgia but of simple memory. The film covers ostensibly 27 years in the life of Jeanne, and in this we see seasons, if you will, where the film evolves from a tender and intimate romance picture into something far more distant and ultimately far more cold. Light and its use is also a trope that’s noticeable here, as sunlight has rarely been more rightly warm and candlelight been more captivating. Again, Brize’s work is superlative here, making the most of the constricted frame and some of the year’s most weirdly beautiful photography.

Teaming back up with oft-collaborator screenwriter Florence Vignon, who did not work with the filmmaker on his last film Measure of a Man, the writing duo do a worthy job with the source material. A rather dense novel, they trim the lengthy book down to a film of roughly two hours in length, with which comes both positives and negatives. Pacing isn’t an issue here as from first frame to last the picture is captivating, but it also doesn’t offer much in the way of real emotional or intellectual depth. Meditating on life in 19th century France, Brize and Vignon find their footing as the picture progresses, relying on quiet moments of humanity to convey the tough life our lead must live. It’s not for the faint of heart, this film. While we don’t see much in the way of the central conflicts this woman faces, the resulting devastation is the narrative core here, as the viewer becomes witness to the regular and thorough shattering of this singular life. Culminating in a gut punch of a final line, dense is not this screenplay, but there are still profundities to be mined.

But what would a film of this nature be without the performances? Judith Chemla stars as Jeanne here, giving clear example as to why she found a Cesar nomination waiting for her after this turn. She’s truly great here, embodying this character over nearly three decades, never once losing sight of the truth at the center of the character. Julien is played by Swann Arlaud, who gives a rightly son-of-a-bitch performance for a character who has almost no redeeming qualities. Overall, clocking in at nearly two hours, A Woman’s Life may a tough sit for the anxious viewer, but those willing to give themselves over to the often oppressive yet strikingly beautiful new film from Stephane Brize will be rewarded.