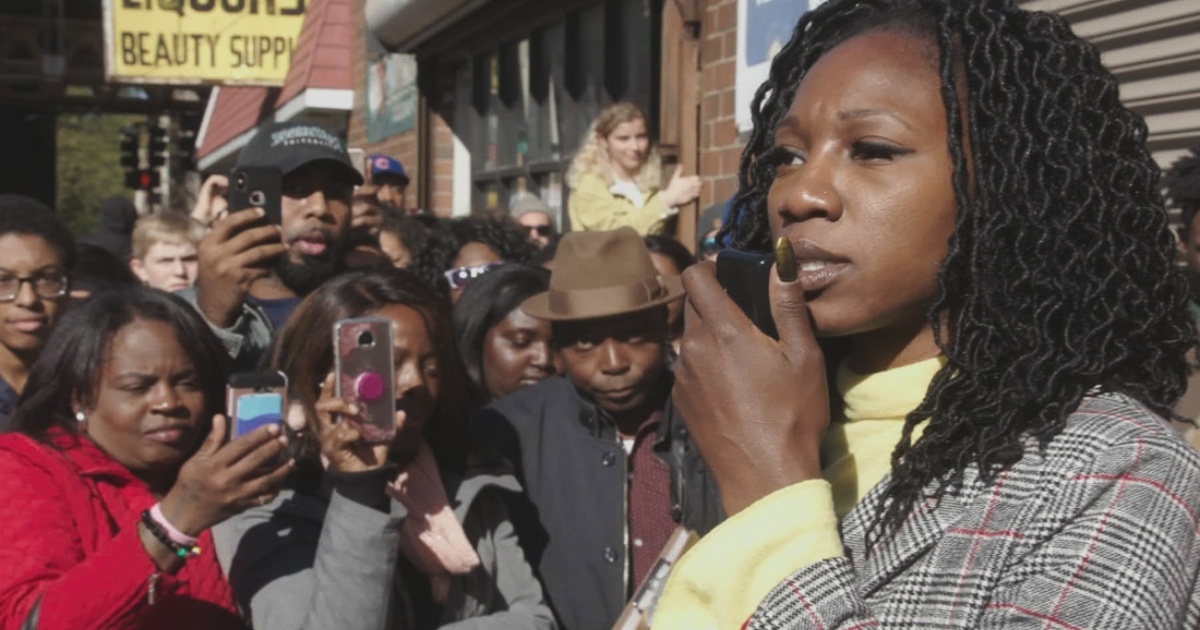 In 2018 James brought to televisions the infuriatingly underrated America to Me, a ten-episode series chronicling one year in the life of students at a Chicago high school. Now, still with an epic scope and an eye firmly focused on lives in Chicago, James returns with another series/feature, this time something a bit more directly political.

City So Real is, in the abstract, a document of the vast diversity found within the city of Chicago. Often split into Northside and Southside, James’ portrayal of Chicago is vastly different, portraying the city as a bustling metropolis of varying degrees demographically, economically and socially. Through nearly two dozen mayoral candidates, this idea is made physical within the narrative, using Chicago’s strange and seemingly absurd spin on democracy to turn the city into a potent example of a political system built solely to support the wealthy and well connected.

This idea itself is literalized in maybe the piece’s strongest sequence, a roughly 30 minute long sequence looking into the city’s infuriating petition process, wherein each campaign spends time and money on line-by-line objections to each and every ballot signature that comes across. James allows proponents of this system to point out that this allows lawyers to look at every ballot and “weed out fraud” or whatever, but James, in all his brilliance, lets this explanation play out bluntly and without frill, using the perverse sincerity of the campaign members that believe in this subversion of democracy to come across as the political crooks they truly are. With nearly 20 candidates starting out in the race pre-ballot petitions, this process ultimately weeds the ballot down to just 14, with activist Ja’Mal Green pointing out, in maybe the film’s strongest moment, that democracy is now, at least in Chicago, simply for the wealthy and connected.

City So Real is also a piece very much about the city in and of itself. Opening, more or less, following the murder of Laquan McDonald by police officer/murderer Jason Van Dyke, James takes an almost Fredrick Wiseman-like look at the city of Chicago and its political and social machinations. Primarily told through the eyes of the mayoral candidates, the film has a decidedly wide-reaching approach, looking at people like a dog walker in River North and even a pair of barbershops, a sequence that itself plays as a brilliant deconstruction of Chicago’s diversity. Largely free of judgement, the film does shift a little atmospherically once James embraces the talking head form, even more specifically when he does while interviewing current mayor Lori Lightfoot. The Wiseman comparisons jump out of the proverbial window when the interviews crop up, offering a strange and sometimes frustrating shift in mood and atmosphere. James seems uninterested in pressing Lightfoot on any real issue that shows its face, specifically when asked if a decision about raising bridges during a protest that ultimately turns looting towards largely black neighborhoods was a smart idea. James simply lets her explanation play out on screen without much of a real challenge. It’s a minor issue given the film’s length, but it’s a frustrating change of pace for a film that seems so deeply connected to the experience of minority groups in Chicago.

Pairing perfectly with something like Frederick Wiseman’s brilliant and essential City Hall, City So Real is an endlessly engrossing, while occasionally frustrating, document of a city in flux. At 5-plus hours this may be best seen in its current series form, but if you have the time, engrossing one’s self within this narrative is as thought-provoking an experience as you’ll have in 2020.