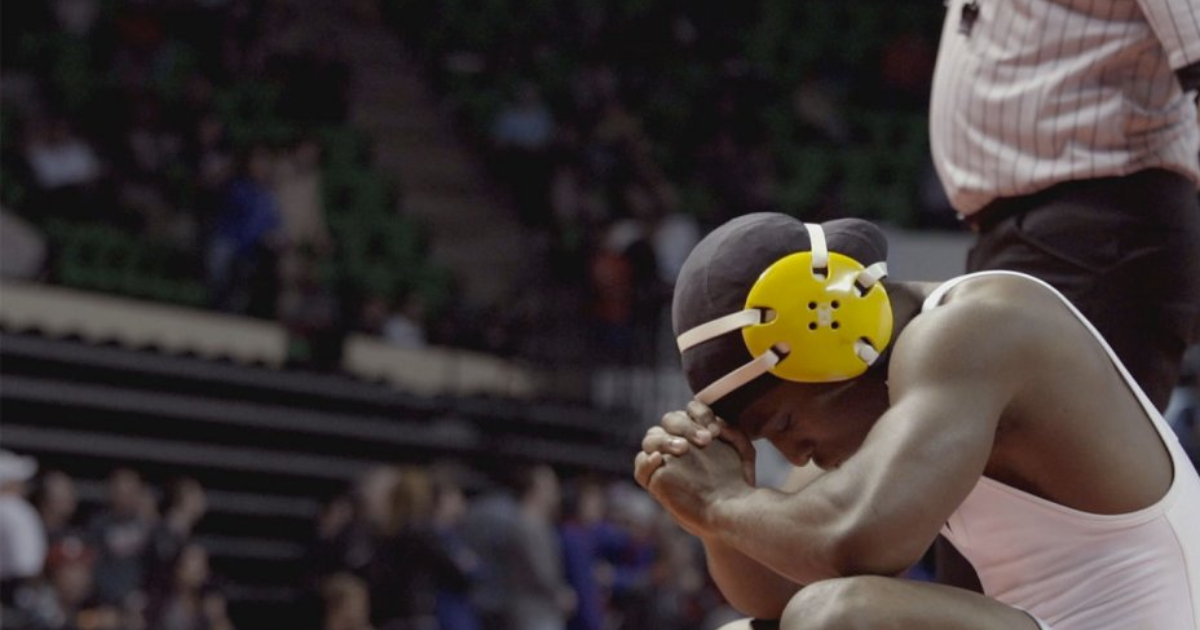 When one thinks of the sport or act of wrestling, the first thought is more often than not that of sweaty men in spandex slapping their thighs as they “kick” someone in the jaw in front of thousands of screaming fans. However, one of man’s longest running sports, wrestling has a history spanning generations, centuries and even civilizations, and has become a safe haven for young men and women looking to find a home in this thing called life.

Billed as the “Hoop Dreams of the mat,” Wrestle is a new documentary from directors Suzannah Herbert and Lauren Belfer, and attempts to bring to life similar sociological ideas as that legendary Steve James-helmed basketball documentary. Instead of two basketball players, Wrestle introduces viewers to a handful of young men coached by teacher/coach Chris Scribner, from Huntsville, Alabama’s J.O. Johnson High School. A school that itself is on the brink of closure, the population of the school is relatively underprivileged, as shown powerfully through four specific members of this team.

Led by the 28-year-old civics teacher Scribner, this wrestling squad is led by a foursome of talented, if troubled, young men. There’s Jailen (the smallest yet arguably most talented of the squad), the soon-to-be-father Jamario, the defacto leader Jaquan and the troubled Teague, all eyeing a potential position in the ranks of the state’s best wrestlers. Far less epic in scale and scope than the aforementioned Steve James film, Wrestle isn’t any less intimate. Through gorgeously composed verite-style shots, viewers become privy to everything from the smallest moments of immaturity like not understanding why one’s tone of voice could be seen as condescending or “smart,” or micro-aggressions that boil over into moments of violence either verbal or physical.

At its very best, Wrestle is a fascinating portrait of youth and poverty in 2010s America. Without ever feeling isolating, directors Herbert and Belfer make a film that’s breathlessly specific in the smallest of ways. Be it brief introspective moments after encountering a police officer or a young man trying to call out for mental help without understanding how or having the vocabulary to do so, this is a deeply human and nuanced documentary. Some of the editing feels a bit simple and the structure is incredibly influenced by generations of sports documentaries that came before it, but from over 650 hours of footage this 90-ish minute long film that’s rightly more interested in these young men and their experience going through a year in their life than the actual act of wrestling.

The wrestling scenes are captivating enough, but the real drama comes from these athletes and their attempt at doing right by themselves and their family. Teague, for example, goes through the film dealing with mental instability that have led doctors to over medicated him despite his own affinity for marijuana. Jaquan also has a run-in with the law over drugs, leading him to be placed on probation, the fear of potential jail time forcing him to clear his mind and take stock of his own life. All four of these men will be forced to do just that, and it is this interior drama that bleeds over into a profound anthropological document. Like the best sports films, the sport itself is window dressing, window dressing drawing the eye into a fascinating rumination on race and class in modern day America.