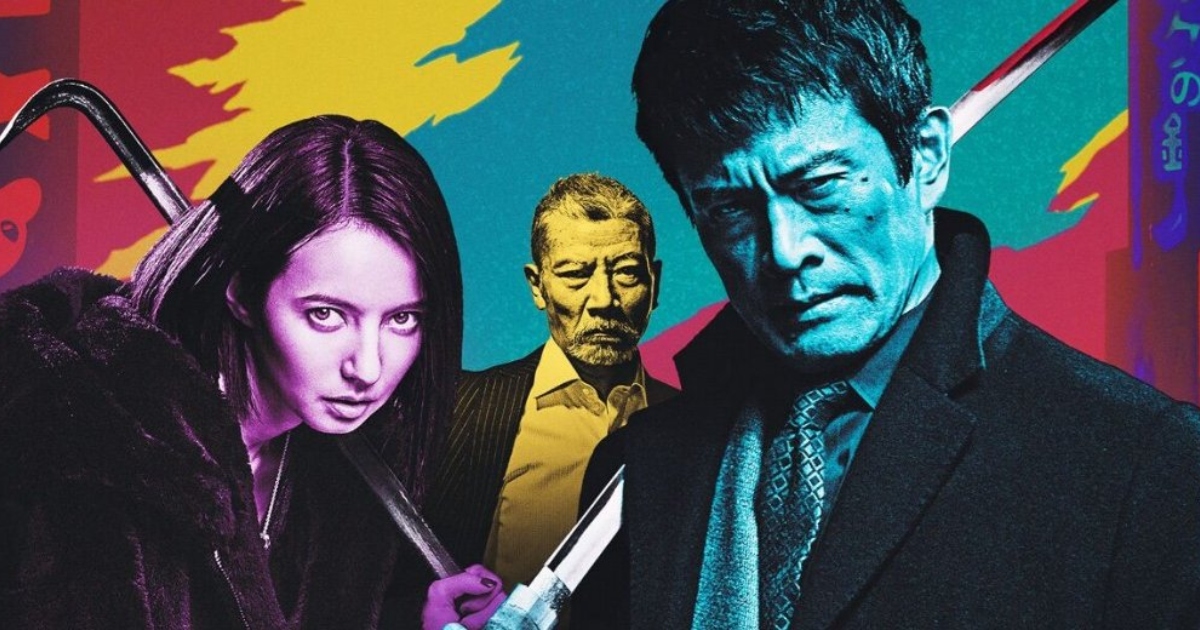 Few filmmakers today are as prolific as the legendary Japanese filmmaker Takashi Miike. With over 100 titles to his name over a career that’s spanned nearly 30 years, Miike has gone from the thrillers of Audition to the brilliant samurai battle royal 13 Assassins to the courtroom antics of Ace Attorney all while remaining one of world cinema’s most exciting voices.

With a title like First Love then, one would imagine that he’s diving head first into the realm of romantic comedies, similar to what Audition seemed to be before the twist forever changed the filmmaker’s career. However, while that assumption wouldn’t be entirely wrong, it wouldn’t be taking into account Miike’s infatuation with blending and blurring the lines between genres.

After it debuted to solid notices within the Director’s Fortnight sidebar of 2019’s Cannes Film Festival, the film hits theaters on September 27 and while it sits firmly in a second or third tier of Miiike’s oeuvre, it’s one of 2019’s most entertaining crime thrillers. Not usually a crafter of genuine “entertainments,” First Love finds Miike working in a much higher register, introducing viewers to a world of boxers and crime bosses, with paths crossing in an increasingly violent manner. The story revolves around Leo (Masataka Kubota), a young boxer who despite a promising career ahead of him, discovers that he won’t have much time to enjoy it as he’s been given weeks to live on the part of a brain tumor that will end his life in a matter of days.

That night he runs into Yuri (Sakurako Konishi), a young woman who we’ve seen become the scapegoat for a drug deal gone wrong, sending her on the run from drug lords and their heavies like Kase (Shota Sometani). The two quite literally bump nto one another, and after one of Leo’s trusted hooks to the mug of a mobster, the star-crossed pair join together to keep ahead of a world that seems to be hunting them from around every corner. Very broadly a romantic-action-comedy, First Love is another genre-bending exercise from Miike that admittedly may be a bit thin on ideas, but makes for one of 2019’s more rousingly entertaining features.

What makes First Love truly a step above much of Miike’s recent output is twofold. First, the style is absolutely above reproach here. Gradually increasing its pacing and stakes, the film a knotty bit of storytelling that opens up relatively slow, setting a wide-reaching stage that sees gang wars, terminally ill boxers and a kidnapping plotline that all converge at one point, only to explode into an ever-propulsive bit of action-comedy insanity. Miike’s direction is equally as rambunctious, finding the filmmaker not only completely invested in this narrative but also willing to break from his formula at a drop of the hat. Even going so far as to stage one of his major action set pieces as a piece of animation, Miike throws everything and the kitchen sink at the viewer and yet not a moment feels false or at all disjointed.

And that’s partly due to the other aspect that makes this film worthy of one’s time, that being Miike’s absolute sincere storytelling. Seemingly 100% invested in the romance at the film’s center, the film rockets forward as an action-centric crime thriller of sorts, yet what keeps the viewer invested is a romance that feels true to the world Miike has created. Both lead performances are quite good despite the arch characterization they are given, with both Konishi and Kubota giving performances that may not feel “lived in” but feel fully realized in a theatrical manner fitting of the highly strung narrative they’re a part of.

It also helps that the action is quite impressively staged. The setpieces aren’t all that remarkable at face value, yet Miike’s such a smart craftsman that in a world where this level of violence on screen is seen in everything from art cinema to Marvel pictures, he adds a level of humor that completely undercuts the grotesque nature of the brutality while making it feel all the more real. Near the end of the film a man’s arm is cut off, for example, and in what’s one of the film’s great gags, he begins berating the now stiff arm for not letting go of a gun he wants to use to take down our leads. It’s a brutal fight sequence with incredible effects, yet it’s both completely subverted and also made oddly more brutal by the man’s incredulous anger. It’s an incredible scene and one of the year’s great comedy bits. And it’s in the service of one of the year’s most entertaining genre films.