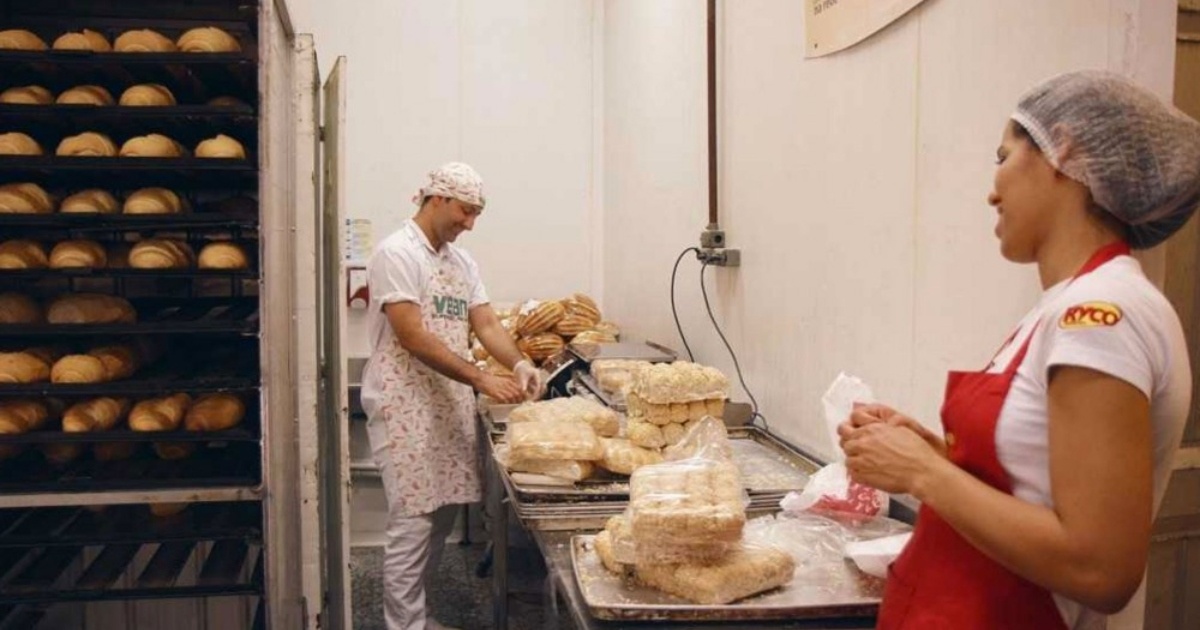 While it may be a scary excursion given the state of the world, going to the grocery store is about as mundane a human experience as they come. And that’s just going to one, let alone making it a career of working in one. Ringing up customers every day, stocking shelves, packing meat. Few things are as universal, yet as taken for granted.

However, that’s not the case if you’re Brazilian documentarian Tali Yankelevich.

My Darling Supermarket is Yankelevich’s debut feature, and attempts to send viewers into the everyday happenings of a Brazilian grocery store. Narratively, that’s about it. Viewers watch as shelves are stocked, bakery cases likewise. Yankelevich also introduces viewers to a handful of men and women working within the hallowed confines of Supermercado Veran in Sao Paulo, a brightly-lit, strangely ornate haven seemingly ripped out of a science-fiction film rather than a city struggling to stay afloat amidst mass crime and poverty. Viewers become privy to the interior lives of men and women we only know during those brief moments of small talk while checking out or looking for whatever item we may be on the hunt for.

Stories of romantic entanglements with customers come to the fore, as do brief digressions into things like one employee’s fascination with anime or city-building video games. Questioned by a subject about why anyone would find these lives worthy of making a movie of, Yankelevich embraces the mundanity of these lives and this world, instead elevating it to something almost otherworldly. The pristine shelves, the singing janitors, that one staff member dead certain the store they work in is haunted. These are all tropes that feel entirely cinematic in their curious nature, particularly when handled with such deep humanity and empathy as is the case here in this film.

It’s also not as if the questions being asked throughout the film aren’t decidedly human. Shockingly existential in its narrative, this is a world slowly dying due to increasing automation (does anyone still really skip the self-checkout anymore?), and these characters are very much aware of that. Yankelevich’s camera is often static, yet loving, giving these men and women a venue to speak freely, be it about their wildest dreams, aspirations, interests and even in some cases craziest conspiracy theories. For Yankelevich, these lives seem to be the most interesting in the world, microcosms of a changing world set in an almost surreal haven somewhere outside of a world, beyond the sliding doors, ready to tear them all apart.

At barely 80 minutes, My Darling Supermarket is one of the first truly humanist films of 2021. A sincere, deeply felt portrait of lives passed by every day, Yankelevich’s debut documentary is a mature and nuanced rumination on the mundane nature of life, an accomplished and beautifully rendered picture that, in the age of COVID-19, feels like a genuine balm. For a moment where we seek connection, Supermarket is a film that feels like meeting a handful of new friends for the first time.