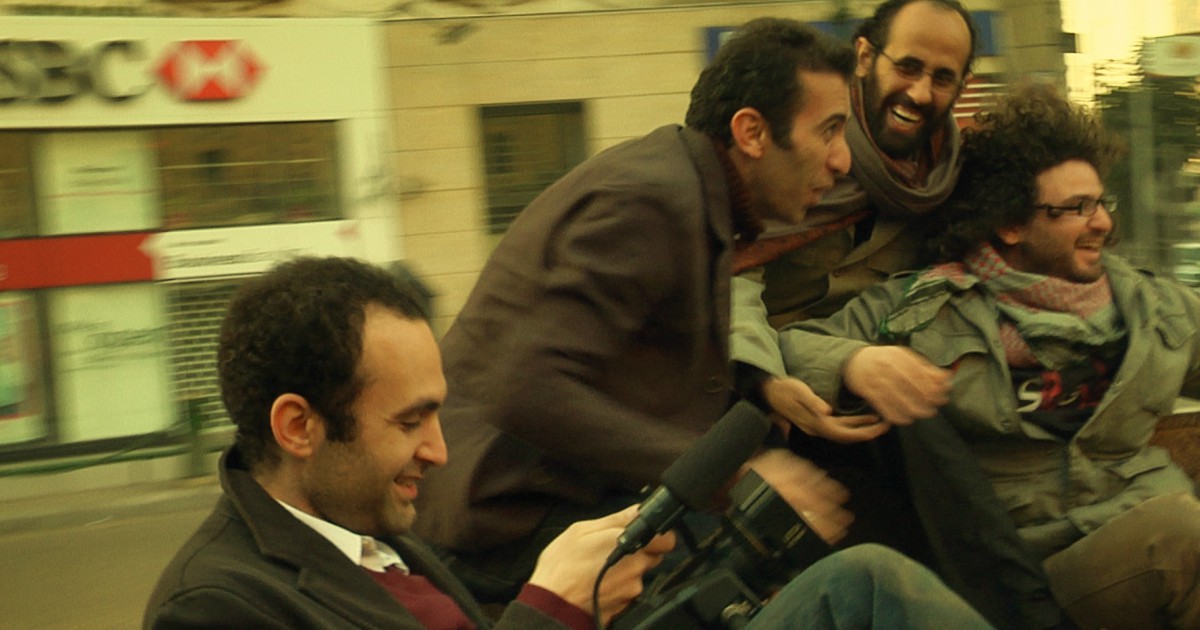 Opening the same day as one of the highest grossing films of all time could make most films nothing more than a historical curio, yet as In The Last Days Of The City continues its run into the Los Angeles market on May 4, director Tamer El Said’s debut feature film stands as one of this year’s very best films, despite being overshadowed by a certain superhero goliath.

Last Days tells the story of Khalid, a fictional filmmaker played by actor Khalid Abdalla, who spends his days trying to bring to vibrant life the heart and soul of the Cairo he calls home. Spanning the globe with shooting locations in Cairo, Baghdad, Beirut and even Berlin, Last Days is a captivating look at a city (and more broadly an entire region) on the brink of revolution, all in the guise of a drama that sees war and revolution not as something static, but as something that is never-ending, with its impact stretching throughout a society’s history.

Narratively, there isn’t much to this film’s proverbial bones. More or less the film follows Khalid, a documentarian whose life work is ostensibly a dialogue with what his life has been surrounded by. Be it the city he calls home and its history or an ex-girlfriend, Last Days sounds like it could be a rather dull and self important still life of sorts. However, what Tamer El Said is able to create here in the wake of this rather “thin” narrative is a profoundly moving story of life on the verge of revolution. Itself shot in the lead up to the Arab Spring in 2011, the film is boiling over with a very specific energy and vitality, something that’s as narratively captivating as its more abstractly thought provoking. Drawing from this well of activism, the film’s in direct dialogue both literally and more abstractly with this society’s experience with war and revolution, ruminating on the legs these societal shifts have generations on.

While its narrative may be a bit straight forward in its structure, the style which El Said brings to this project is much more esoteric. While not playing like an experimental picture, the relationship between the sound design and the photography is crackling with energy, with the film’s relationship to specific images bringing a certain sense of experimentation to it. There are sequences here that are no more than a series of abstract images, like a wall of a building being torn down, that speak volumes to both the lead character’s experience in the world as well as the central themes that El Said seems to be deeply invested in. We also become privy to the documentary sequences shot by the lead character, and this shift in style and design work is at times jarring but in a manner that gives a lived in humanity to the film. This bleeds into El Said’s own direction as well, with the director using various shot styles to give a more broadly cinematic quality to the picture. The night sequences are jaw dropping, and the moments that find Khalid at the ground level, in all their handheld glory, are enthralling in there immediacy and humanity.

This would all be for naught however, if the central performance wasn’t as compelling as it genuinely is. Abdalla has been a part of some much larger films (see pictures like The Kite Runner) but here he’s truly revelatory. While the role could be turned into not much more than a cypher for the El Said, Abdalla breathes real life into the performance, giving it a soul that elevates the material. There’s a lived in quality to the acting here that plays into the role of documentary film making seen here, and in a film built on abstract themes to see such a nuanced central performance adds a thrilling entry point for those not broadly aware of the history of the region. This could, for all intents and purposes, be an isolating experience for a film goer, yet through this core lead performance the viewer is given a point of entry that allows one to embed themselves squarely in this world. It’s really an astounding piece of acting in an astounding directorial achievement.