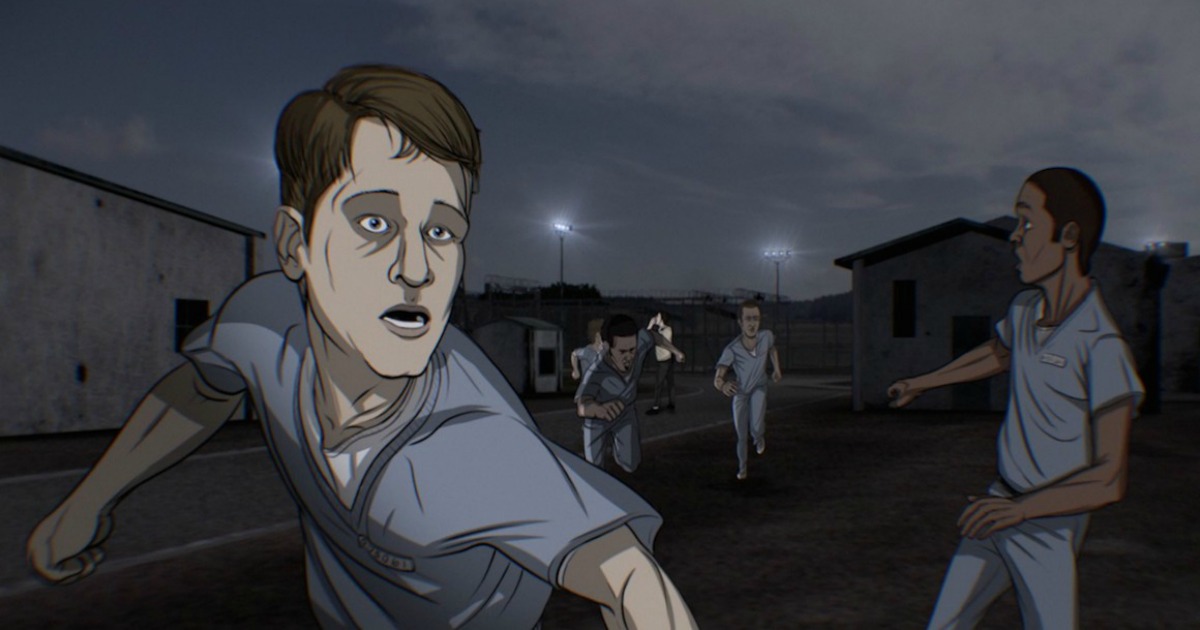 Teenagers make mistakes about as often as they take breaths. As part of growing up, one can only imagine the various decisions, often poor ones, that make a teen’s journey from child to adult the most challenging portion of any single person’s life. That said, sometimes the mistakes one makes can snowball into something truly life changing, in the most negative of ways.

Take a look at the life of Mark DeFriest. The focus of a new documentary from filmmaker Gabriel London, DeFriest’s life is as interesting and troubling as any one could dream up. At the ripe age of 19, and coping with the recent death of his father, DeFriest took a set of tools from his recently passed father, prior to the man’s will being probated. A seemingly innocent mistake made by a carefree young kid, this mistake would ultimately land the youngster in prison. And he hasn’t left since.  With a list of disciplinary write-ups that could make anyone’s eyes roll back in their heads, he has spent 27 of the last 34 years of his life not only in jail but specifically solitary confinement, finding his parole date standing at 2085. Becoming known as “Florida’s Houdini” after a series of attempted escapes, DeFriest’s story is one unlike any other, and is a shockingly engaging tale woven in a singular manner thanks to director London and his distinct aesthetic choices.

Narratively, the film is both utterly enthralling and thematically engaging. Despite a few title cards that cap the film off as an oddly broad discussion of the issues within the prison system and its failings when it comes to those inmates suffering from various mental illnesses, the film does more than enough with regards to shining a light on that theme thanks to a character study that is as rapturous as they come. DeFriest is a character truly unlike any you’ve ever seen, and while that makes the final title cards seem odd (the film concludes in a manner that tries to turn this singular study into a story that is nothing more than a number in a series of statistics), it is a deeply troubling look into the heart of a prison system that chews up the people that enter it, and do everything it can to never spit them back out. DeFriest’s story sees him face issues not only with his battle with mental illness and those who try and help him, but also a prison system that sees him physically assaulted, raped and the victim of various other atrocities, making the fact that he is still alive and kicking all the more moving.

The biggest note one will take away from this film, outside of the central character, a man few will be able to ever forget, is the aesthetic choice made by the filmmaker. While it primarily consists of talking head interviews with those men and women directly in DeFriest’s life as well as a series of interviews with the man himself, the film uses rough animation to re-enact the events seen in various journals written by DeFriest. It’s a beautifully vital and impactful choice, particularly during a few of the film’s more harrowing tales, and it adds an energy and surrealism to the film that is an absolutely perfect pairing with the man at the film’s center.

Carrying with it both an aesthetic energy and liveliness as well as a thematic resonance that makes this a deeply profound and haunting look into the troubles facing those men and women stuck in a prison system seemingly hell bent on failing those very people, Gabriel London’s new film is a fantastic film that may end on a whimper, but packs a punch unlike any other documentary in quite some time.