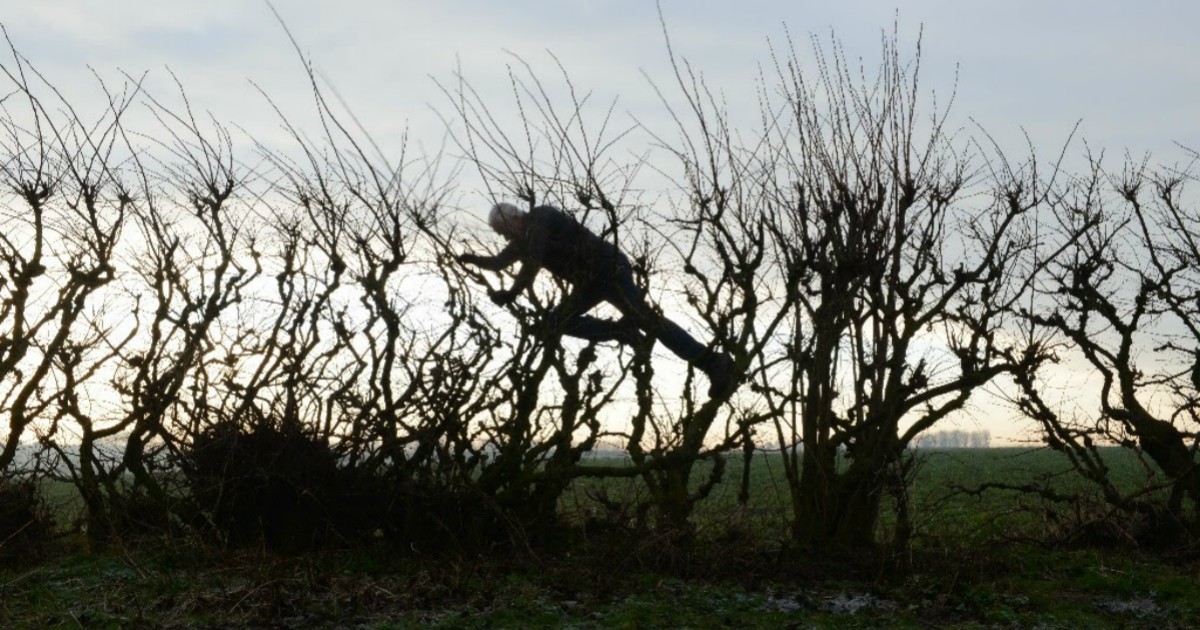 Following up his 2001 gem Rivers And Tides, director Thomas Riedelsheimer not only makes his valiant return to feature filmmaking, but re-teams with that film’s central figure, groundbreaking artist and activist Andy Goldsworthy. Damn near two full decades have passed since Riedelsheimer has put his camera in front of Goldsworthy and his work, and neither have seemed to lose any steam. Working in locations most modernist artists avoid, Goldsworthy lives the idea of “returning to nature” with every ounce of his being, making use of his surroundings to make site-specific pieces that may only last as a physical achievement for mere moments. Be it leaves wrapped around a log that disappear within seconds or a room covered in clay that’s entire point is an attempt to show the power, and beauty, of the spanning of time, Goldsworthy is a singular artist whose work is in stark contrast to the growing modernity of modern life.

More than a simple retread of their previous collaboration, Leaning Into The Wind sees both Riedelsheimer and Goldsworthy as growing artists. As a piece of film making, Leaning is a profoundly moving piece of filmic artistry. Riedelsheimer crafts a lyrical picture, a film that seems to derive its almost mythic view of nature and the passing of time squarely from the art it’s documenting. Not a simple point and shoot verite film, there’s a distinct sense of formal artistry, taking a somewhat episodic-style narrative structure to portray the artistic process of a man who nature as something even beyond spiritual. Ethereal and meditative, Leaning seems to at once about Goldsworthy and his work, while entirely embracing the work’s worldview as its own, becoming a truly entrancing piece of documentary filmmaking.

And it helps that yes, the art it documents is absolutely captivating. As much about the passage of time as it is about nature or spirituality, Goldsworthy’s work is easy to describe literally, yet defies any easy classification. From the film’s opening sequence that sees Goldsworthy quite literally playing with time and light (it’s easy to see how a filmmaker could find a kinship with this almost child-like fascination with the mundane nature of life), we watch as Goldsworthy works hand in hand with his daughter to create pieces that are deceptively simple in their description, yet emotionally enthralling in actuality. These aren’t pieces that are meant to be hung in galleries for hundreds of years, these are impermanent pieces that embrace that fact and become all the more moving because of it.

So while the documentary sequel is rare, what’s even more rare today are documentaries that both embrace the worldview of their subjects and both comment on it and chart, in some small way, its evolution. That’s where the greatness in Leaning Into The Wind lies. It’s a film that sees its subject as a living entity and charts both how time has changed him as an artist, and how that idea plays heavily into the work. Truly special, this film. Truly special.