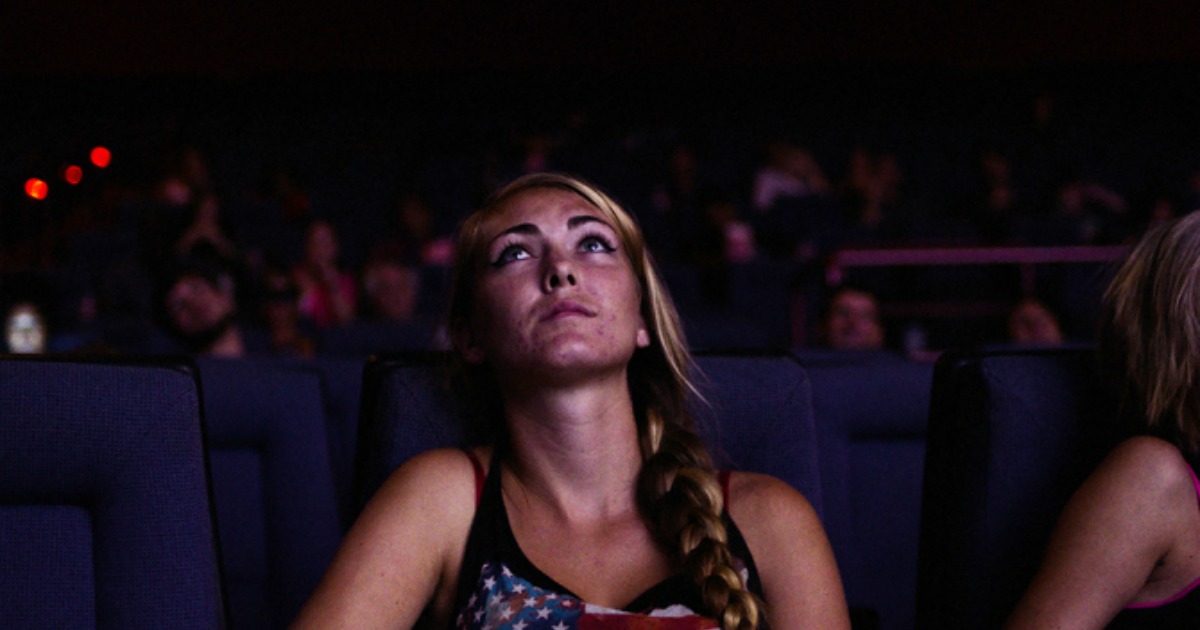 On July 20, 2012, James Eagan Holmes entered a theater for a midnight screening of The Dark Knight Rises, and subsequently took the lives of 12 men and women, injuring another 70. Shattering the community of Aurora, Colorado, this event in turn helped spark yet another debate over gun violence, America’s gun culture, and the inability for governmental leaders to truly make headway with common sense gun reform.

But how does a filmmaker capture this event on screen? Does someone go the fictional route like Gus Van Sant’s Elephant? Or does the documentary route fit better, as with something like the superlative 2016 documentary Newtown? Well, for director Tim Sutton, the grey area between the two appears to fit best.

Sutton’s third film, Dark Night, is loosely based on the events that took place that horrific day in 2012, and more specifically looks at the fictionalized moments leading up to it in the lives of a handful of people involved, including the shooter. Shot in Sarasota, Florida, Dark Night blends fiction and non-fiction storytelling tropes to people like Aaron, a teen finding it hard to connect with people outside of those he connects with while playing games online. Then we turn to an army veteran as he struggles adapting to life back home, only to sit in on a mother and daughter as they watch the events of the day go by on their television screens. Occasionally jumping to documentary-style interview sequences (particularly those involving the character of Aaron, the film weaves these narratives together with a sense of realism and quiet intimacy that makes the final sequence absolutely shattering.

The critical response has been rightly conflicted, and when taking to Twitter for my casual and typically unremarkable Twitter-review, so apparently is the response to this type of picture by those who have yet to see it. Sutton’s vision is crystal clear here. The meshing of fiction and non-fiction aesthetics does add a specific immediacy that, frankly, is rarely found in these type of issue pictures. While the facts found within a film like Newtown make that film more emotionally resonant, there’s something profound hidden within the lack of specificity Sutton’s film entails. Taking a specific event and stripping it of that specificity allows Sutton to speak directly to a culture of violence that is, itself, specifically American.

It’s also a profoundly beautiful film. Shot by Pina and The Beaches Of Agnes cinematographer Helene Louvart, the film is almost nightmare-like. Jumping from engrossing, Ulrich Seidl-like interview sequences to clearly filmic sequences like the beautiful but almost unbearably tense finale, there’s truly nothing quite like it. We don’t become privy to the burst of violence that the viewer grips their armrest in anticipation of, but the unease that follows each of these characters is all too relatable in today’s age. Dark Night, despite its entirely on the nose title, is a picture of subtle and specific dissection of a broadly American disease.

That being said, there will be walls for viewers to break through. Superficially, the themes being discussed here aren’t all that new or groundbreaking. Isolation and suburban malaise are the root issues for many of the characters we meet here, two subjects cinema of this era has made a priority to dissect and subvert. The viewer finds emotional connection within these broad issues, but the lack of an actual emotional center turns the film into something quite cold and detached. Despite being intimate in its aesthetics, the film always keeps the viewer at arm’s length, through its chilly photography and the large chunks of silence it so beautifully uses. It’s a singular vision from a singular filmmaker, and one that will polarize audiences. But it won’t leave them without a great deal to talk about.