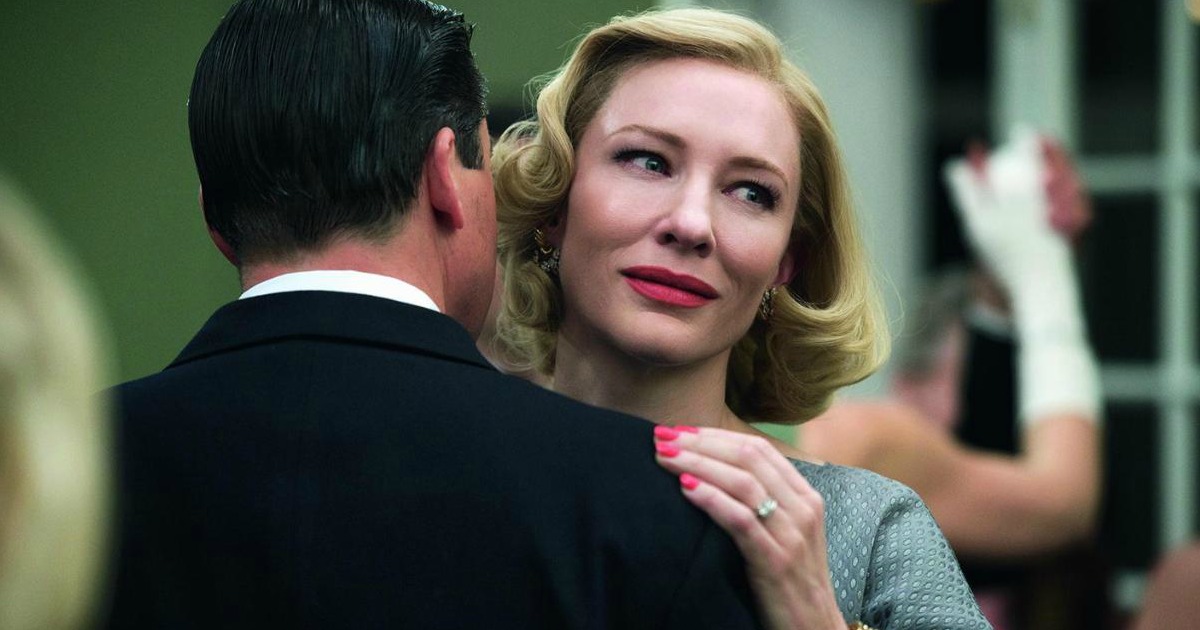 It’s not shocking that, in the last couple of months of any given year, a handful of studios dump a handful of films onto the viewing masses, hoping to gain traction with both audiences and critics alike. All have the same stars in their eyes. Huge box office grosses leading to numerous critics and guild awards, all leading up to Oscar Sunday, where their names are called across the board. However, not only do many of these films come across as wooden and trite, but few ever stick with any given viewer longer than their respective runtime.

Carol is the latest film from Safe and Far From Heaven auteur Todd Haynes. A familiar, Douglas Sirk-fueled territory for Haynes, Carol is a gorgeously composed melodrama of sorts, drawn from the brilliant Patricia Highsmith novel, The Price Of Salt, introducing us to two women in the middle of what appears to be a deeply moving conversation. Opening in media res, we discover through what is both the film’s central narrative and ostensibly one long flashback (more on that in a moment), that the women in question here are the young Therese (Rooney Mara) and utterly striking Carol (Cate Blanchett). While working her post at a local big box store, selling dolls to those in what appear to be the upper classes of society, Therese meets Carol, a married (or “soon to be divorced” anyways) mother of one on the hunt for a gift for her daughter. However, after Therese sells her on a train set, Carol leaves having forgotten a pair of gloves, which Therese can not allow. From here the two find their lives intersecting, joining in many ways, ultimately turning into one of the most entrancing romantic yarns the big screen has seen in ages.

It’s important to note that the film, outside of its two brief bookends, is ostensibly one, nearly two hour, flashback. Unlike many romantic tales, this is one as seen through the lens of memory. Nothing about this picture screams naturalism or even the type of gawdy Sirkian melodrama that the premise and involvement of Haynes may have you think. This is a film about a love affair as dream. A film about a love affair as fleeting as a flirtatious gesture. As elemental as a primary color. A romance of tones and glances. And much of that comes directly from the cinematography and Haynes’ use of a voyueristic frame. First, Edward Lachman’s photography is arguably the year’s best and most assured. Shot on Super 16mm, each frame of the film has almost a haze to it, the grain giving each moment an artistry rarely seen in modern filmmaking. Warm browns and washed out blues and greens are the colors of choice here, with both Lachman and Haynes marking street photographers like Vivian Maier as inspiration for this film, more than any specific filmmaker. Much of the film’s aesthetic tricks are even visible in the bravura opening sequence. Beginning with one of the most striking opening seconds in all of 2015, the film floats from a street grate to a man as he makes his way down a street, never getting too close, always leaving the focus of the sequence at more than arm’s length.

That gets into what Haynes’ camera so beautifully portrays here. While many melodramas seem to get almost glee out of thrusting the viewer directly into the most heightened and intimate of moments, Haynes’ camera does quite the opposite. Be it Carol arriving to Therese’s house with a gift or Therese’s main squeeze leaving in a huff, Haynes frames his characters within the confines of their world. Be it in the middle of a door frame two or three rooms away from the camera, or opposite a reflective surface (or a steamy car window in what is this writer’s favorite shots), Haynes’ direction here is one of nuance and quiet beauty. Again, a film very much of tones, wayward glances and touches, Haynes and his film have been called fetishistic by some, but that implies something far more volatile. Haynes’ picture does fetishize, but it fetishizes sensuality. The slight touch of a shoulder. The smell of a perfume. The feel of a blouse. Carol is a quiet motion picture that is as assured in its compositions as it is genuinely emotionally resonant.

And thankfully, the performances here only elevate the already year-best material. Mara and Blanchett are above reproach. Both share the heavy lifting here, each having a life with, and without, the other. We see as Therese’s life gets enveloped and forever changed by her time spent with Carol, and we watch as Carol’s relationship with her family changes in truly profound ways. However, for much of the film’s runtime we see them in the middle of a newly formed relationship of sorts, and it is in these moments that universal truths truly come to the forefront. Be it the sly way Carol goes about flirting with Therese at the toy store or the quiet ways both tell one another that they are beginning to fall for each other, the direction and photography really allow the actors here to flex their muscle in the quietest of ways. It only comes in the two prominent male roles where the bombast truly comes in, and for specific reasons one could imagine. Kyle Chandler plays Harge Aird, Carol’s husband, with Jake Lacy playing Richard Semco, Therese’s potential partner, both giving great, if decidedly higher pitched performances. Neither man has an issue with professing their love verbally for their woman of choice, but in that comes a distinct flatness, or at least a sense of uncertainty or falsehood. Neither man comes off as convicted in their love, at least not in the way the viewer sees the two women be. Lacy, particularly, has a sequence that opens this view up where he describes his affairs with a few women before Therese, a sequence that can seem laughable until you realize just what Haynes’ picture is saying.

This is a love story unlike many we’ve seen before. More inspired by the late Chantal Akerman than a tradition sparked by Douglas Sirk, Carol is a masterpiece, the best film of 2015, and possibly the best film of the decade thus far. Be it the score from Carter Burwell (at once an ode to Philip Glass only to become something entirely Burwell’s own) or the breathless editing by Affonso Goncalves, every person involved with this film is giving inspired work. Sandy Powell’s costumes become a central character, and even Phyllis Nagy’s screenplay is a towering achievement. Haynes’ film is a story about love at its most quiet. Love at its most pure. Love without the need for proclamations. This story is one of the elemental nature of love. Love remembered.