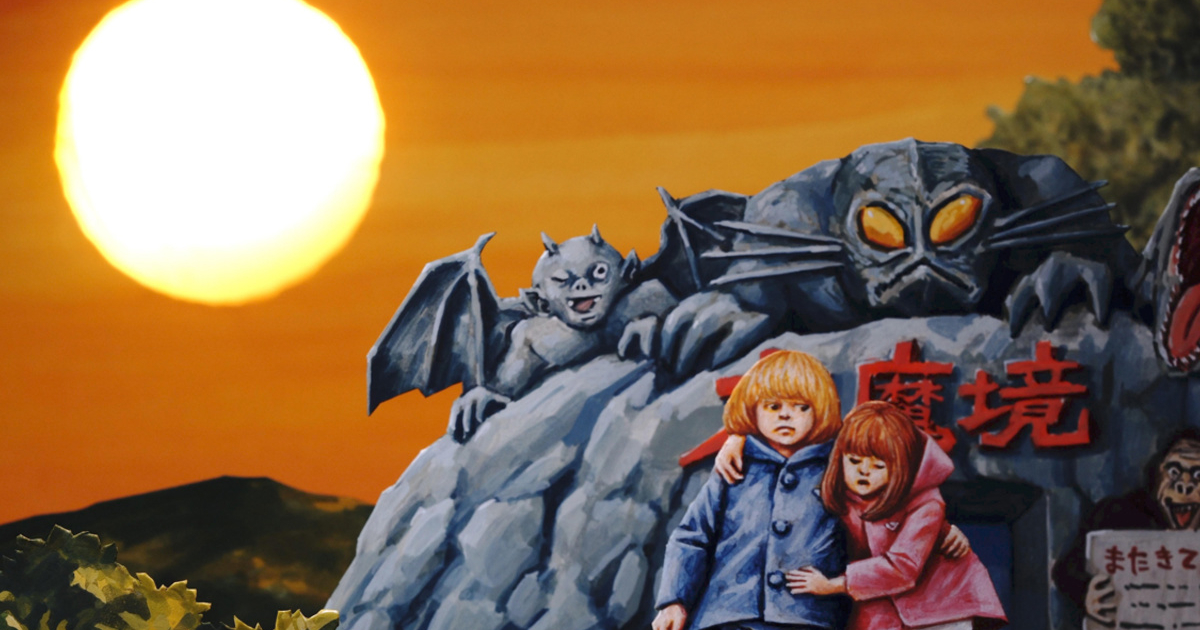 In an age of almost photo-realistic 3-D animation and animators striving to get closer and closer to that idea in their work, the concept of taking a step (or two) back into the realm of more rudimentary-looking animation appears to be foreign to many modern animation studios and filmmakers. However, not everyone is Japanese animator Ujicha.

For the director’s latest effort, Violence Voyager, Ujicha revives his brand of “gekimation” for one of this year’s truly singular animated feature films. A movement that he’s ostensibly the only member of, “gekimation” is a fascinating and often times disturbing type of animation style, seeing the director bringing to life their story through the manipulation of hand-painted cardboard cutouts. Think The Adventures of Prince Achmed but covered in various viscous fluids and used to tell the story a young boy in rural Japan who is in a rather jolly mood following a school arts and crafts contest, in which he took home the top prize for his homemade gaming console. However, after a friend discovers a mysterious path to a nearby village, the boys eventually make their way to a rundown theme park known as Violence Voyager. Things go awry almost instantly, devolving into a story that’s as grotesque and destabilizing as it is weirdly beautiful and absolutely captivating.

Not a smart or intellectually stimulating piece of work necessarily, what makes Violence Voyager an essential piece of animation is the clearly assured craftsmanship. Ujicha is more or less an entirely unknown commodity here in the states, but this experiment in genre filmmaking will hopefully change that. A thrillingly upsetting piece of work, Ujicha’s blending of cardboard cutouts and live-to-film extras like blood, water and spit make this a tactile and unsettling animated experience. Genuinely unlike anything seen this year, Violence Voyager isn’t a gorgeous film, but instead embraces the low-fi nature of its creation and evolves into a wholly esoteric motion picture.

That said, this type of animation does have its downfalls. Clocking in at a pinch over 90s minutes, the film feels a bit long, particularly as the descent into hell keeps getting more outlandish. The action here is compelling enough to keep one’s attention, but the static nature of the animation makes for an experience that can become monotonous aesthetically. Also, for a coming of age picture as this one is in its most base form, there’s little to its narrative that holds real weight. Violence Voyager plays, almost proudly, like a pure experiment in style and with that comes a film that’s clearly of a whole stylistically but is little more than a juvenile horror film narratively.

But there’s always going to be a place for something this well made. Now on the festival circuit, one can only hope that Violence Voyager finds an audience on the midnight circuit, or at least through streaming outlets in the coming months. Tossing this on on a boozy Saturday night with friends while scrolling through a service like Shudder is more or less why this film was put into existence.