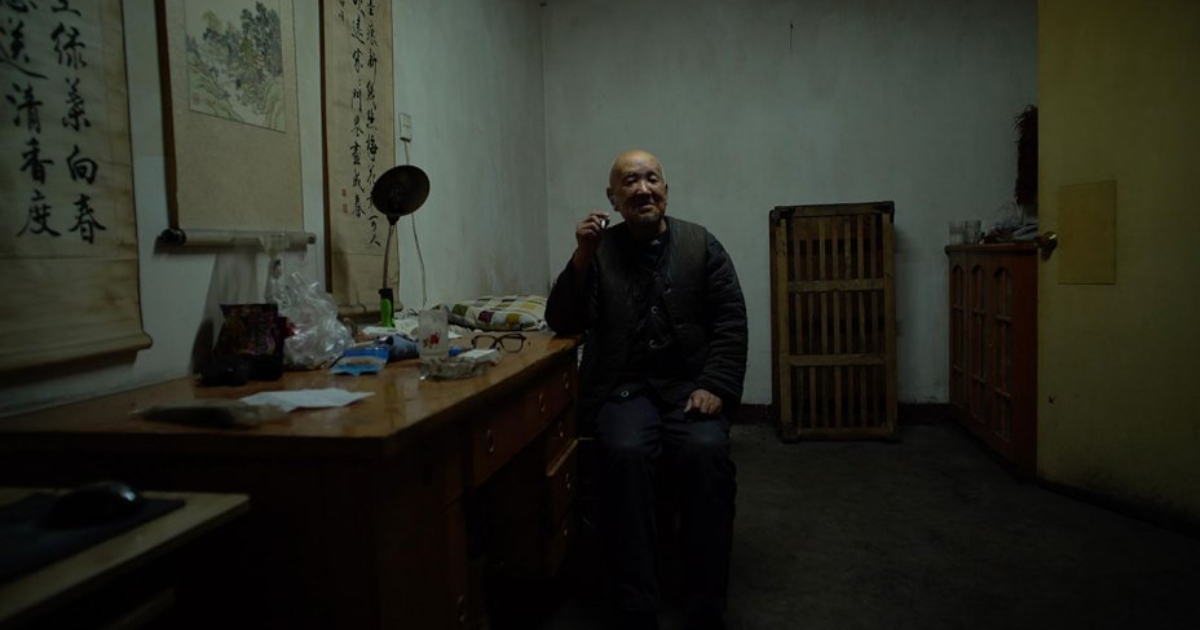 When a group of people are stricken with a horrifying act of violence either brief or, in the case of monstrous events like The Holocaust, much too long, the event itself and those who lost their lives rightly get the headlines. However, what about those men, women and children who survive, left to deal with the trauma of these events and knowing that for some reason either cosmically or by sheer happenstance they made it out the other side with their lives.

This is more or less the broad focus of director Wang Bing’s latest masterpiece, the epic documentary Dead Souls. Rooted heavily in the anthropological works of directors like Claude Lanzmann, Bing’s latest effort takes the groundwork of a film like Shoah, and turns that type of clear focus to the atrocities of the governing body of China during Mao’s reign, specifically the use of labor camps like Jiabiangou. A camp itself rarely discussed in historical readings of Maoist China, Jiabiangou was a camp located just north of the mountainous Gansu province and ran from 1957-1961. A home for “extreme rightists,” the camp imprisoned some 3200 “rightists” which doesn’t seem like much when taken in the broader context of a system that itself took nearly two million people as prisoners (itself just a blip when one realizes that some 40-plus million people were starved by the regime writ large). This is just the latest in a series of films from director Bing chronicling the Mao regime, but what makes this film such a profoundly shattering piece of historical documentation is that Bing brings to life these atrocities as seen through the eyes of those men and women who were fortunate enough to make it out alive.

The Shoah comparisons aren’t superficial. While it doesn’t quite reach the mammoth length of Lanzmann’s classic documentary, the nearly-nine-hour Dead Souls is an achievement of little brevity. Instead, Bing allows the men and women that are his central subjects to simply tell their stories as they see them, allowing for harrowing discussions of just how depraved this regime truly was. More or less a roughly 500-minute oral history built out of well over 600 hours of footage shot by Bing, Dead Souls is an expansive, increasingly difficult viewing experience not for the faint of heart. Bing’s static camera work never allows the viewer to take a breath, instead thrusting those in front of the screen squarely into the world of these survivors. This rarely breaks as the film progresses, save for a few moments near the film’s conclusion where we come face to face with a guard from the prison.

What makes Dead Souls a truly special achievement, however, is its focus on the response the survivors have had not to the events specifically, but their surviving them. An incredibly guilt-ridden film, the experience of surviving such a traumatic, world-shattering event is squarely on the film’s mind, turning Bing’s latest film into a truly harrowing work. Less focused on nuts and bolts of Maoist China or what contextually birthed these camps and this torture, there’s an incredibly specific focus on the experiences of these survivors, which as seen in numerous title cards across the film, proved to be the one and only chance these people would get to tell their story before their deaths. It’s an unfathomably devastating documentary, a film that feels almost shameful to discuss as anything more than a towering event in anthropology. A better documentary from 2018 there isn’t.