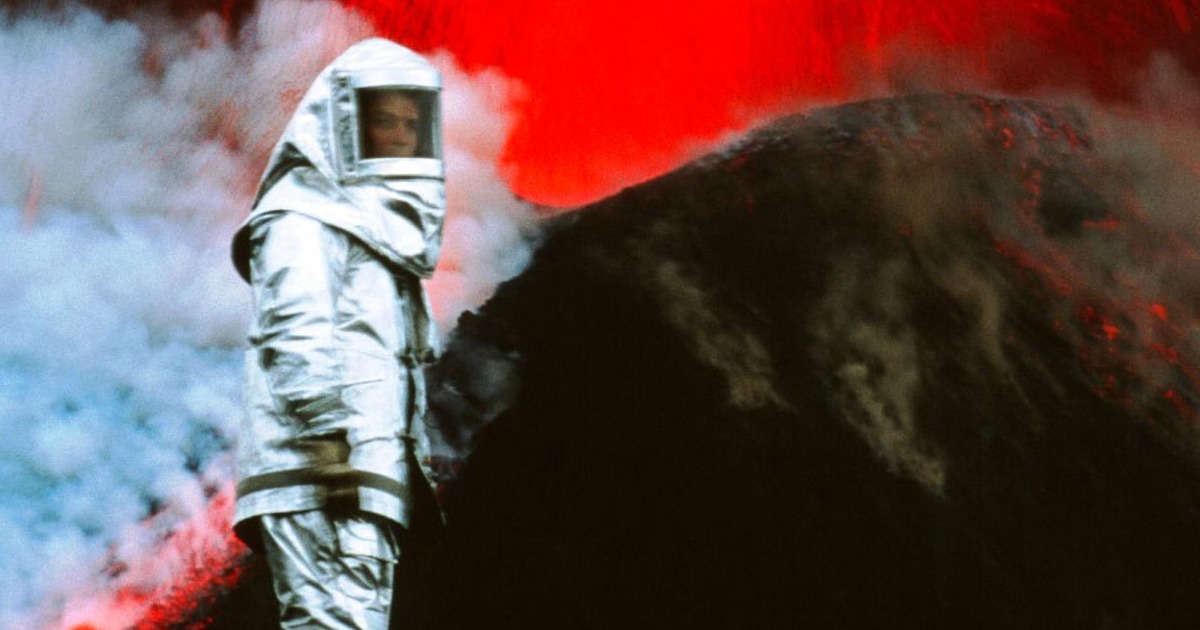 It isn’t every day that a filmmaker gives the world two features within the same calendar year. It’s even more rare to see a filmmaker of high stature hit theaters with two top tier efforts. However, Werner Herzog is a rare bird.

After already getting solid notices earlier this year for his superb meditation on the ever expanding reach of the internet Lo and Behold: Reveries of the Connected World, Herzog is back and this time has the Netflix machine behind him with what is yet another ambitious rumination on nature and man’s role in and connection to it. Entitled Into The Inferno, the legendary filmmaker throws himself all but literally into the core of the volcano, going to locales ranging from Iceland to North Korea, looking at some of the world’s most dangerous volcanoes and the societies that call them and their surrounding areas home. Along with volcanologist Clive Oppenheimer, Herzog delves deep into the importance of volcanoes within and their impact on these cultures while also looking at the broader connection volcanoes have with the history of man, all while carrying with him his typical dry narration and almost essayistic structure and execution.

At the very core of the film, Into The Inferno is a film whose ability to humble its viewer is utterly confounding. Whether it be some of the film’s establishing shots as it shifts its focus to a new volcano and region (all of which vary in their scope but never in their ability to leave a viewer absolutely gob-smacked) or its look at the almost primordial connection that man has to this natural entity, the film is almost Herzog’s entire career distilled into one feature. Yet another thrilling and weirdly enthralling look at the futility of man’s existence, Herzog jumps from gorgeous and unforgettably exciting shots of active volcanoes to far more human moments like an Indonesian religious ceremony with a volcano directly in the center with nothing but genuine intrigue shown on the part of Herzog. Throughout his career, Herzog has been primarily interested in the connection between man and nature, and even down to a moment of levity like his collaborator Oppenheimer coming in contact with a histrionic paleontologist in Ethiopia who has about as much interest in finding what amounts to ostensibly the remains of those from the dawn of man as he does making a sly joke, Herzog never loses sight of this core concept.

It also helps that this may be the year’s most beautiful documentary, and one of Herzog’s greatest works, with regards to his craftsmanship, to date. Peter Zeitlinger, who has worked with Herzog throughout his career in both documentary and fiction capacities, is arguably this picture’s biggest star, giving us some of the most startling footage of active volcanoes you’ll ever truly see. Again, it’s a humbling experience for the viewer, with both its subject’s beauty and its scope veering away from feeling oppressive to the viewer, instead carrying with it an almost spiritual energy. A clear example of the violent beauty of nature, the footage from the volcanoes is utterly breathtaking and profoundly moving, with gorgeous photography from Zeitlinger, even down to small moments like a haunting shot involving a group of students marching across a fog-drenched bridge in North Korea. It’s almost poetic in its beauty, fitting perfectly with the vaguely essayistic style of filmmaking used by Herzog. If there can be magical realism in the world of documentary cinema, Herzog may have found the formula.

In theaters and on Netflix on October 28, Into The Inferno is yet another top tier documentary in some way backed by the streaming media giant. Along with films like Ava DuVernay’s 13th, Netflix is having a banner year with some of the film’s greatest non-fiction films. Yet, calling this “one of the year’s best” seems to be a slight in some way. Numerous documentaries you’ll cross near the end of this year will be billed as such. Yet none will have this much beauty in their frames, this many entrancing thematic threads. Into The Inferno is a testament to the singular vision of director Werner Herzog, and is a one of a kind look at one of nature’s most violent entities.