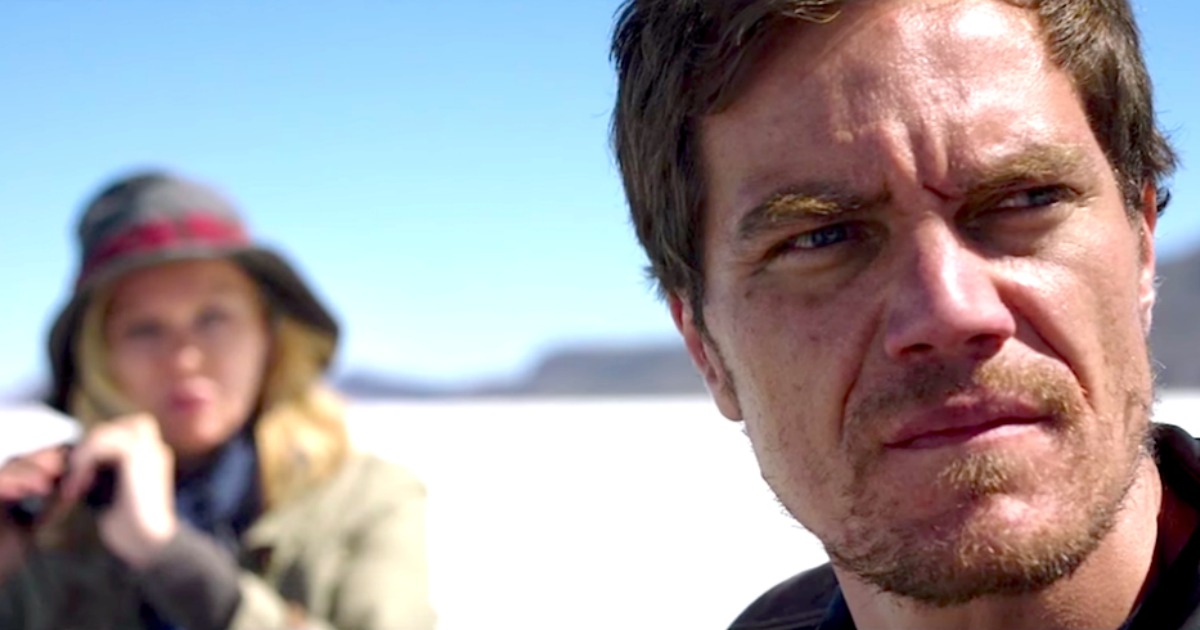 Best known as a documentarian, especially to many younger filmgoers just now getting into the director’s catalog, the name Werner Herzog not only conjures up a very specific image of the man himself as well as his work crafting almost metaphysical style non-fiction masterworks. However, across his decades-spanning career, Herzog has also been the creative voice behind some of the most interesting and esoteric narrative fiction features of the last 40-plus years. Ranging from the descent into madness that is Aguire, The Wrath Of God to the unhinged Bad Lieutenant: Port Of Call New Orleans, Herzog has cemented himself as one of cinema’s great artists.

And yet, even the greatest artists make missteps.

One of two films from Herzog opening this weekend (the second being the career-worst Queen Of The Desert), Salt And Fire is a confounding mishmash of Herzogian man-vs-nature philosophizing and emotionally disconnected storytelling. The film introduces the viewer to Laura (Veronica Ferres), a scientist who is tasked with going to Bolivia on a U.N. mission with a team including Fabio Cavani (Gael Garcia Bernal). What begins as a relatively standard, albeit eerie and gorgeous in a way only Herzog can truly craft, drama devolves into true lunacy when they are kidnapped by a paramilitary group spearheaded by an American businessman. Known as “The Consortium,” the group ostensibly takes out Fabio with food poisoning and “the mother of all diarrhea,” leaving Laura to wax philosophical with their leader Matt Riley, until being abandoned with two blind children in the world’s largest salt flat, Bolivia’s Salar de Uyuni. Amounting to little more than costar Michael Shannon musing about the destructive power of volcanoes, Herzog’s latest thriller concludes with a real doozy of a final act, that’s far too little far too late.

That’s not to say Herzog has made a mediocre picture. Anyone with knowledge of Herzog’s recent fiction work, including masterpieces like My Son, My Son, What Have Ye Done, will surely recognize the director’s free-flowing camera and expertly composed frames here. The final act is Herzog’s masterwork here, making full use of the salt flat as a locale and as an extension of the film’s central themes. It’s a perfect manifestation of Herzog’s career-long struggle with man, nature and their relationship, and while it’s ostensibly in service of a script that is little more than nonsensical ramblings, this finale is still utterly gorgeous. There’s an otherworldliness to these sequences, a grand scale that it becomes truly captivating.

Director of Photography Peter Zeitlinger also deserves much credit. Whether he’s lighting the interior of a plane with harsh blues or blinding the viewer with crisp whites burning the screen in the salt flat-set conclusion, Salt And Fire is a film of great beauty. Herzog’s dream-like camera work gives the viewer an intimate sense of the proceedings, and Zeitlinger’s photography only helps to elevate the film’s almost surreal atmosphere. It’s simply too bad the screenplay, penned by Herzog, is a laughable mess of a piece of writing. Less thought-provoking than insipid, Herzog’s film rarely has much to say at all, yet anything genuinely interesting or intellectually engaging. A series of dry conversations that are clearly in Herzog’s voice but without any of the humor or absurdist insight, Salt And Fire simply just lays flat on the screen.

Unless Michael Shannon is the one in command of the scene. His character, the leader of the kidnapping contingent, is itself simplistic. However, as with any role Shannon gloms onto, he embeds an almost manic energy to him that’s more subtle here than in a film like Nocturnal Animals, but is no less charismatic. Quieter than he usually plays it yes, Shannon’s Riley is slyly comic, seeming to truly “get” the Herzogian dialogue and his brand of psychobabble. A past collaborator with Herzog, as seen in the aforementioned My Son, My Son, Shannon’s charisma is something Herzog knows perfectly how to harness. He’s really quite special here, making it all the more troublesome that the film surrounding him is so patently absurd. Gorgeous, but absurd.