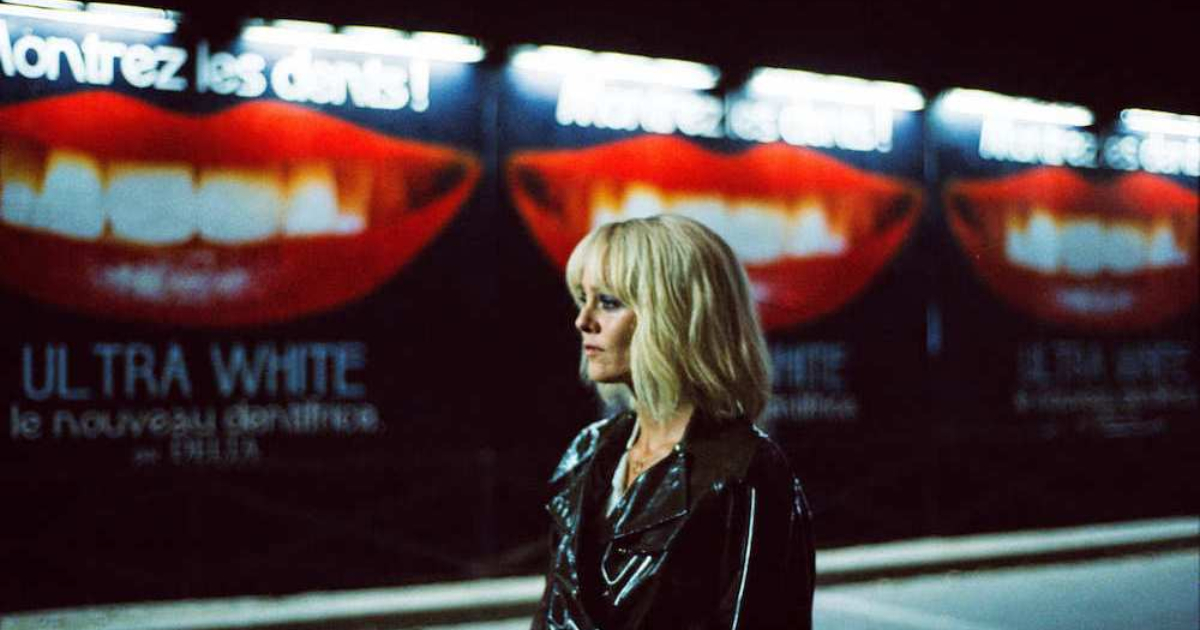 Few things make the eyes of film fans across the globe roll further into the back of their heads than a film that’s seemingly “inspired” by names like Brian De Palma and the giallo pictures that ran rampant in Europe some 30-40 years ago. Often the root of endlessly flat, allegedly “edgy” works that are at best style over substance, seeing this DNA in a film is more often than not cause for concern as one makes their way through the film.

However, this isn’t the case with the breathlessly captivating Knife + Heart. Clearly drawing from the above-mentioned traditions, director Yann Gonzalez crafts in this a taut thriller that’s part genre experiment and part rumination on control, obsession and the queer experience.

Knife + Heart follows Anne (a rarely better Vanessa Paradis), a gay porn producer with as much of an affinity for sex as the bottle. Recently torn out of a relationship with her editor Lois (Kate Moran), Anne is slowly circling down the drain, hoping to win back the love of her life with a picture that she can truly be proud of. Hoping to cast a collection of handsome performers for this inspired venture, she becomes embroiled in a series of murders that take out her cast one by one by one. Scored by the legendary elctropop group M83 and shot by the talented cinematographer Simon Beaufils, Gonzalez’s latest effort is a sleazy slasher that’s one of the very best films of the year so far.

Very much in keeping with Gonzalez’s debut feature You and The Night, Knife is a gloriously rich and textured work aesthetically, not just owing a debt to the films of Argento and De Palma, but feeling right at home as some sort of time displaced contemporary. The film was shot on 35mm by Beaufils, and looks rightly vibrant and vital. Each kill is rendered in all of its carnal and almost phantasmagorical beauty, focusing most of the attention on the murderer’s use of a knife encased in a sex toy. It’s at once cause for a laugh at first glance, and yet each attack is violent and intimate in a way as to make that laugh get sucked right out of the theater. It’s a film about filmmaking as much as it is about queer identity, and each frame feels ripped right off the wall of the very best modern art museums.

What makes this difference from the other nostalgiac riffs on trash cinema from generations ago (I’m thinking the beautiful but insufferably thin Let The Corpses Tan) is not just the focused dissection of grief and repression nor is it simply the film’s great score or pitch black sense of humor. No, the real mark of greatness here is the level of performance here. Paradis is genuinely great here, giving her character a sense of manic urgency and melancholy that makes the violence that surrounds her all the more unsettling. Much of the film rests on her shoulders and she turns in one of the very best turns of her rather storied career. It’s a performance that gives a real nuance to the proceedings, and paired opposite solid supporting turns from actors like Moran or Nicolas Maury, it really stands out as one of the more surprising performances yet this year.

Caught somewhere between self aware satire and slasher film homage, Knife + Heart is a thriller unlike any seen in quite some time. Gorgeously shot and directed with an energy and vitality all its own, this is one of the great discoveries of 2019, a film that subverts all of its influences to make something wholly original. A true gem of a film.