Scott Reviews Joss Whedon’s Much Ado About Nothing [Theatrical Review]

One learns many things during one’s college years, many of them accidental – for example, during my four years at an arts and communications school, I learned that, or the most part, Shakespeare adaptations transplanted to the modern day are pretty useless. The novelty of the enterprise quickly wears off, and you’re left with a group of actors who, mostly, have no real idea of what it is they’re saying, exactly, hoping to cover this up by the whole holy-crap-look-it’s-Macbeth-but-like-with-cell-phones. So, relative prestige aside, I had little reason to expect much from Joss Whedon’s effort to bring Shakespeare’s Much Ado About Nothing to the modern home (literally, his home), and was quite delighted to find that this is an immensely enjoyable jaunt into the silliness of romance.

Recounting the various turns of the plot would take the length of this review, but the events revolve around a gathering at a luxurious estate, during which a more innocent love affair, that quickly spirals into a wedding, between the young Claudio (Fran Kranz) and Hero (Jillian Morgese), as well as a completely cynical love affair between Beatrice (Amy Acker) and Benedick (Alexis Denisof), are instigated. The latter couple expresses a complete disinterest in the prospect of marriage at all, and especially one another, until a plan is concocted by other guests to not-so-subtly alert each to the other’s non-existent affections, with the aim that this deception would cause them to truly fall in love. After all, to the narcissist, what could possibly be more alluring than the attraction of another? 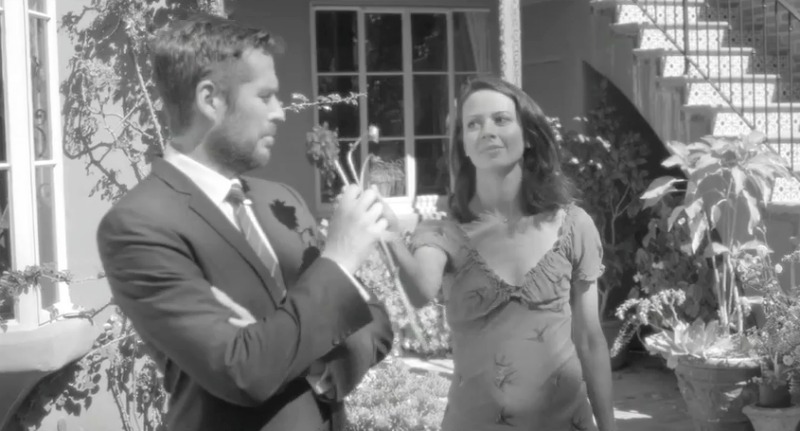 Whedon has noted that the play is pretty much the foundation for modern romantic comedies, and indeed, especially if one looks just at its more screwball roots in the 1930s and 40s, virtually everything for which the genre is so lauded can be found in Shakespeare. Miscommunication, mistaken identity, deceit, love as a selfish act, challenges to masculinity, farce, and, of course, fast-paced witty dialogue are resplendent in the play and this adaptation, just as entertaining now as it must have been four hundred years ago. Whedon, wisely, doesn’t direct his performers towards too many modern recourses (though weapons are always a tough area to navigate in such productions, their reference and use is minimized), but really nicely embellishes the comedy. Several scenes call for characters to eavesdrop on conversations, a convention one can accept with little resistance in the theatre, but which on film is typically sort of a boring or obvious affar; Whedon finds the perfect balance, using the sometimes exaggerated aspects of the affair to great effect, and is benefited greatly by the many nooks and crannies a house of his size affords.

The film was now-famously shot over the course of about two weeks, while Whedon was on break before beginning post-production on The Avengers, and it benefits greatly from the sort of tossed-off nature of its genesis. Shot entirely in black-and-white, undoubtedly to hide the cheapness of its production, the cinematography is hardly lavish, but it does accent Whedon’s jazzy, sexy interpretation of the material. While love and romance may be more often discussed, the more base advantages of mutual attraction are impossible to ignore, starting with a barely-concealed orgasm in a larger conversation (which isn’t in the original play, as far as I can tell), and later involving a purposefully-public act of intercourse (which is, but is certainly played up). 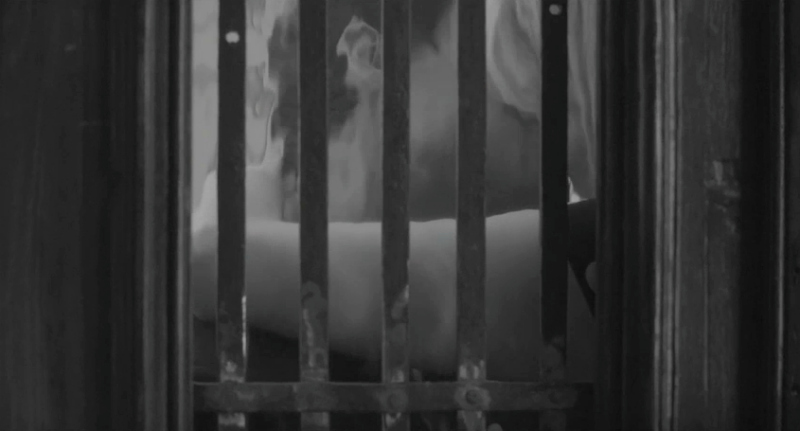 The cast displays varying degrees of competence with the text – Denisof and Acker were cast in the leads with good cause, certainly – but the buoyant spirit of the whole affair goes a long way, even when the line readings don’t. Too often the sort of films that come from a group of people just having fun on a set end up feeling terribly insular and dull, but when that fun is in service of such strong material, it’s easy to let some of its amateurish qualities slide. Whedon’s Much Ado About Nothing revels in the absurdity of romance of any era – Shakespearean and present day – with such absolute glee, before reminding us that, in fact, it’s quite a bit more than nothing.