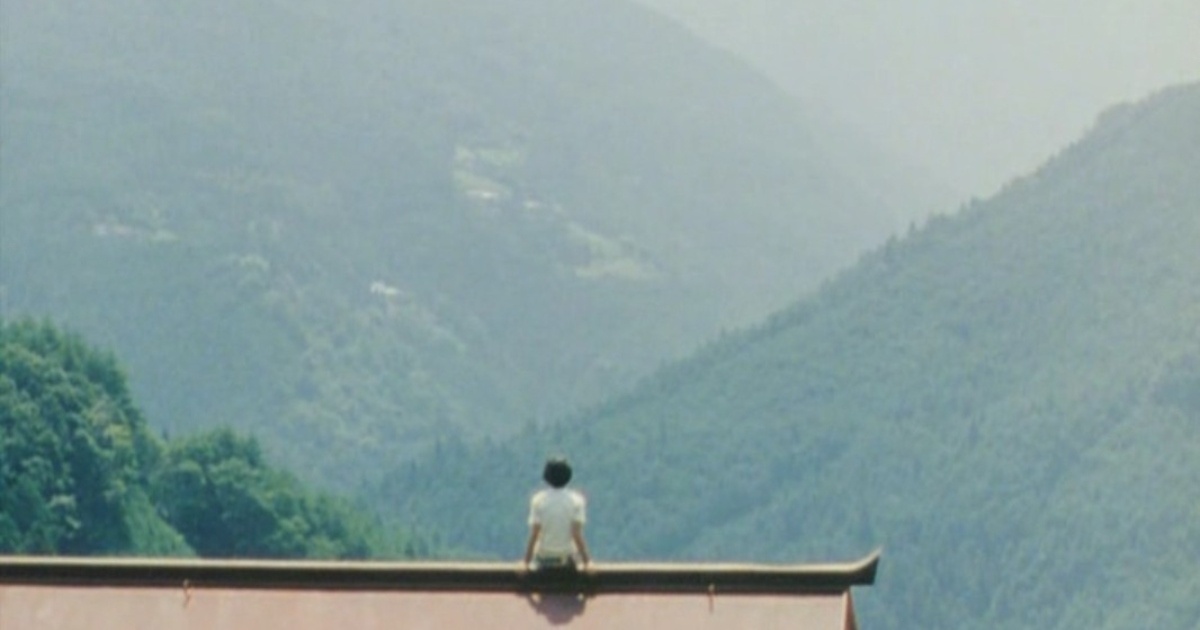 So, as we near the end of the year, most film festivals/series have come to a close. Most theaters are caught up in either the latest in Oscar fare, some holiday retrospectives or bring to screens the latest and greatest in unsung world cinema from the year 2021. However, that’s not the case for New York City’s Japan Society.

Arguably best known for their yearly “Japan Cuts” series, the team has paired with the Agency for Cultural Affairs to bring to light “Flash Forward: Debut Works and Recent Films By Notable Japanese Directors,” a series that attempts to introduce viewers to early, and more current, releases by some of today’s most talented Japanese filmmakers.

But that’s not the entirety of the series. In collaboration with the National Film Archive of Japan, the series will also be highlighting two films from director Sadao Yamanaka. Not a name well known even in the most studied of film circles, Yamanaka is highlighted here with a pair of pictures, both in new 4K restorations. Included in this set are the classic Priest of Darkness and the brilliant Tange Sazen and the Pot Worth a Million Ryo.

While the former may catch more eyes with the punchy title, the latter is the more intriguing of the two, telling the story of a pot that’s passed from owner to owner until it lands in the hands of young boy, despite a lord trying endlessly to get it back in his grasp. See, what the subsequent owners fail to realize is that this seemingly innocuous pot is a treasure map, with the lord in question ready to do just about anything to get it back. However, the plot really kicks into gear when the young boy’s father dies, only for the child to be placed in the custody of a tavern protected by a rugged ronin. What follows is a fascinating, brooding rumination on class, all wrapped up in the body of a strange familial drama. Originally released in 1935, the film is gorgeously composed, with the new 4K restoration really popping off the screen.

Moving into the main slate for this series, one of the most widely known filmmakers highlighted here is Naomi Kawase. The director’s debut fiction film, Suzaku gets a run here, telling the story of Michiru, a teenager who has her life, and that of her family, forever upended following a tragedy. Shot gorgeously on 16mm, Kawase’s film is brought to life with clear roots in documentary cinema, the same documentary cinema from which Kawase came as an artist. Quiet, muted and lovingly connected to the natural surroundings of the Nara Prefecture, Suzaku is a one of a kind film, and one of the real highlights of this festival.

Another debut, this time of a more punk energy. One of the great discoveries of the festival is Junji Sakamoto’s Knockout. Introducing viewers to boxer Eiji Adachi, the film follows the Eiji as he attempts to make a comeback following a traumatic head injury. Originally released in 1989, the film stands as one of the decade’s more energetic debuts, a comically absurd rumination on masculinity and the self-destructive nature therein. Very much rooted in satire, Knockout is a singular effort from a singular filmmaker built on the back of a top notch performance from star Hidekazu Akai, who his own life this film is based upon. Do not miss this picture.

Leaning into the more current slate of releases included here, 2019’s Farewell Song is included in this extensive lineup, as the back half of a pair of films from director Akihiko Shiota. More or less a roadtrip movie, the film tells the story of Haru and Leo, a folk music duo who take a seven-date tour as a chance to have one final send off before splitting up. Jumping back and forth between the current tour and glimpses of past moments in the fictional duo’s career, the film is a moving and often deeply felt character study, a film as seemingly in tune with the dynamics of a creative partnership as it is the dynamics of constant travel have on a friendship. The introduction of a roadie, Shima, only compounds the fractures at the core of the narrative, and what follows is a beautiful, melancholic poem about a pair of creative paramours saying one final farewell.

These are just a few of the films that are available to stream online, so for more information head here. Flash Forward runs 12/10-12/23.