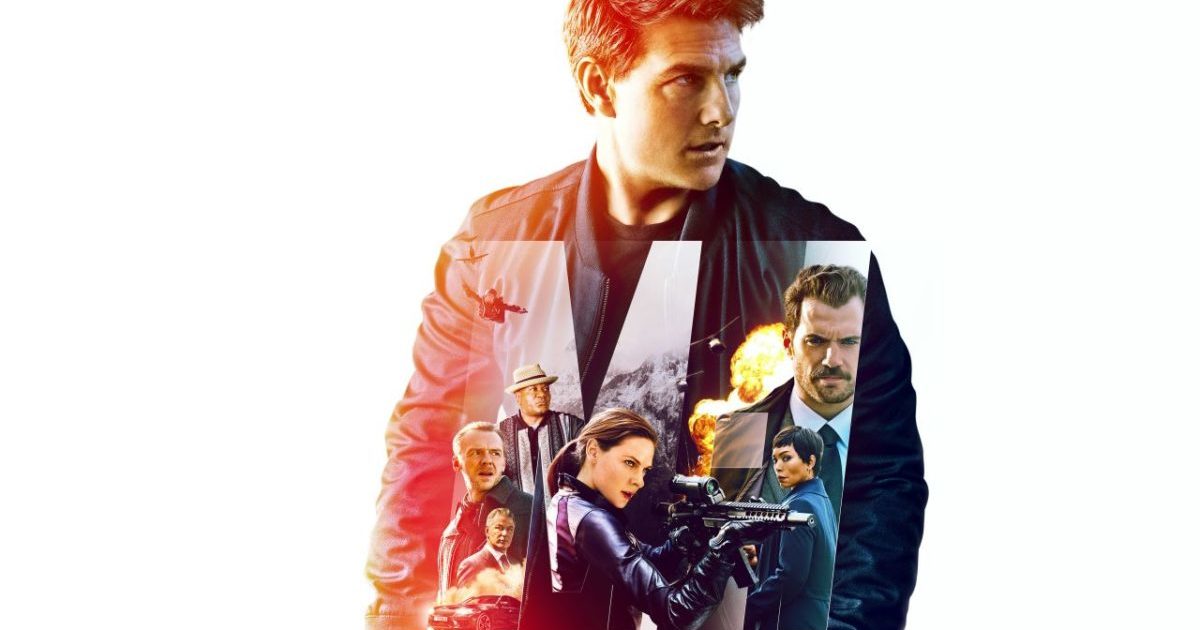 There is a moment – near the end, so I will not specify – in Mission: Impossible – Fallout during which I genuinely could not believe my eyes. I took in the information onscreen, registered to some extent the effort it must have took to create this image, and could not believe or fully understand how it came to be in front of me. This sensation did not much let up for the remainder of the film, which, while not the strongest of the series, is so audacious to be almost absurd, so inventive that it elicits laughter purely because some response is required, and so masterfully executed you’d think every action scene was crafted in the safety of a computer or soundstage, which it most certainly was not. For a series its star, Tom Cruise, seemed to increasingly be using as a means of pushing himself physically, this is its ultimate achievement, the best marriage of outrageous stunt work, set piece, and narrative. It’s honestly beautiful to behold.

The title suggests a sort of long denouement, and in every way except its suggestion of calm, that’s fairly accurate – Fallout ties together so many threads that have been left dangling ever since Ethan Hunt (Cruise) wound up back in prison at the start of Ghost Protocol after giving up the rough life for a happy home at the end of Mission: Impossible III. Here, after losing some plutonium (whoops), Ethan is roped into breaking Rogue Nation villain Solomon Lane (Sean Harris) out of custody as a sort of trade to regain it, lest it fall into the wrong hands and, you know, blow up everything. As always, his bosses at IMF are all over his ass with oversight, and are sending an agent Walker (Henry Cavill) to watch over the operation. Walker is more by-the-books than Ethan, which mostly seems to amount to his preference for a plan versus just making it all up as he goes along. Benji (Simon Pegg) and Luther (Ving Rhames) happily go along as they always do, and before long they run back into their Rogue Nation mostly-ally Ilsa Faust (Rebecca Ferguson), who once again is working to similar-but-potentially-destructive ends to the team’s goals.

As one would hope, there’s much ado about who’s working for whom and what they hope to gain from every exchange. This reaches its ecstatic high when, midway through the film, we – and soon Ethan himself – realize that we have no idea who exactly is chasing him, and that it no longer much matters. More than I recall from past films, Fallout forces Ethan and his team to make most of their decisions moment to moment, rarely letting them design the terms on which they embark.

This approach especially seems to suit Cruise, who now in his mid-50s is doing more and more outlandish stunts every time out. The publicity team is really pushing the skydiving sequence – which, don’t get me wrong, is a blast – but that is honestly nothing compared to the truly insane finale that seems designed to kill its star. Yet by keeping the focus throughout the film, right from the very beginning when Ethan has to choose between saving Luther and saving the plutonium, on the immediate obstacles Ethan faces rather than the large goal, these stunts are a reflection of not only Fallout’s themes, but Ethan’s whole ethos. It’s easy to forget now, as the series hits its twenty-second birthday, that the first film began with Ethan’s entire team murdered, him the last man standing. When he repeatedly tells a worried Benji that he’ll keep him safe, this is the word of a man who knows the cost of these missions.

The stunt work underlines this by clarifying the danger they’re all in at every moment. Through what is essentially yet another race-against-the-clock scenario, we feel every hurdle to reach there. There’s no question, six films in, that Ethan will save the day. The question has always been how he’ll do it and what he’ll risk getting there. By placing himself in outrageous danger, Cruise is not only thrilling audiences in ways we really never see anymore, but also committing to the threat of every single moment. It’s not just something like a skydive gone wrong, or an impromptu helicopter flight; it’s seeing him race a motorcycle between two cars moving opposite directions, or bounding a staircase at full running speed. It’s all these little moments that last a fraction of a second but could easily end him. That’s what makes it all seem Impossible, not Ethan’s own determination to survive and save the day, but carry his team through with him.

Christopher McQuarrie returns as writer/director after making an outstanding entry to the series with Rogue Nation. There was some concern among those of us who love this series that it would lose its distinctiveness along the way, as each prior film brought in a new director who found something different in the premise to emphasize and play with. But Fallout is a surprisingly distinctive film from its predecessor. Rob Hardy takes over from cinematographer Robert Elswitt, some of the shadows leaving with the Oscar winner, and more movement brought to bear. This a more brutal film, its action sequences designed around the physical difficulty rather than the beauty that Rogue Nation so loved. That film’s romance is replaced here the male competition between Ethan and Walker, and unlike Ethan’s showdown with Brandt in Ghost Protocol, this one isn’t entirely designed to make Tom Cruise look good. Walker quite often has the more effective approach, and is far more formidable than Ethan in a fight.

Cruise, on the whole, is really starting to show his age. As a longtime fan of Tom Cruise Running, Fallout has far and away the most thrilling Tom Cruise Running shot I’ve ever seen, but Cruise is no longer the flawless physical machine he was even seven years ago. You can see him strain a bit, huffing and puffing and grappling with every inch he crosses. Far from making the effort pathetic, though, this only heightens the danger. Each film out, Cruise has sought the make the mission more and more impossible. He’s holding up his end by raising the stakes of his stunts; age, too, has continued to raise them.