Judging by the responses I’ve seen on the Twitter and the Letterboxd, I gather that Touchy Feely has not proven to be a film for everyone. I certainly understand their response. I can only say how overwhelmingly pleased I was to see such an earnest expression of a certain sense of spirituality, how much the film reminded me of meandering conversations, of the feeling of taking the long way home just to listen to a few more songs, or having a real, honest, undiluted connection with someone over a particularly weary night. It’s not exactly a pull-quote, but Lynn Shelton’s latest film defies easy categorization, including within her extant body of work. It’s pointedly small, but speaks to vast reservoirs of unexamined thoughts and feelings. I’d have a hard time recommending it to anyone, but it’s absolutely mine.

Abby (Rosemarie DeWitt) is a free-spirit massage therapist who suddenly can’t bear to touch another person. Her brother, Paul (Josh Pais), is a withdrawn and slightly uptight dentist whose failing practice is reinvigorated when he discovers something of a “heeling touch” that relieves the symptoms of TMJ. His daughter, Jenny (Ellen Page), should be off to college, but is intent on ensuring her father’s practice thrives. Abby has a boyfriend, Jesse (Scoot McNairy), with whom she’s about to live, but, naturally, her sudden aversion is causing trouble. There’s an eager young musician with a crush on Jenny, and a spiritual healer with a certain affection for Paul. 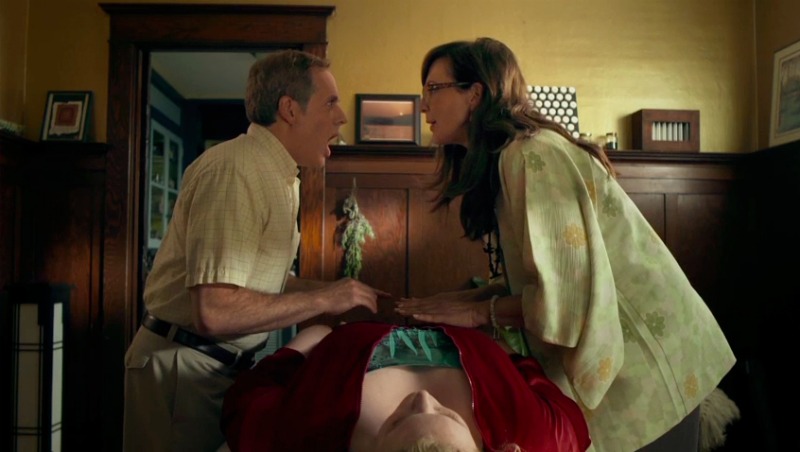 And that’s pretty much the movie. It’s often funny, but it’s not exactly a comedy. It flirts with romance, but it’s not romantic. It has a sort of arch, omniscient sensibility, yet it is totally earnest and loving. It beautifully evokes that feeling when you discover some part of yourself you never knew was there, how exhilarating and frightening it can be to face what might be a major life change, never mind an entire reconfiguration of your self-image. Yet it’s not sappy in the least. Genuine affection, not just for its characters, but for life and love in general, goes a long way in any film for me, and has been abundant in Shelton’s work to date. Humpday essentially pivoted on a close bond between two straight men, and their difficulty in expressing that, while, for all the reservations I had about its ending, Your Sister’s Sister is overflowing with beautifully honest scenes between two sisters more apart than they’d like to be. Touchy Feely unleashes those emotions from the get-go, and though Shelton’s formal rigor has never been stronger, both aesthetically (she’s taking a lot of lessons from her time directing Mad Men) and narratively, each scene is a carefully-contained bottle of potential volatility.

A few stray lines of unabashed sentimentality escape, but they’re exactly the kind of things we all find ourselves saying from time to time. In one of the few interviews he ever gave, Terrence Malick said this wonderful bit on this subject: “When people express what is most important to them, it often comes out in cliches. That doesn’t make them laughable; it’s something tender about them. As though in struggling to reach what’s most personal about them they could only come up with what’s most public.” Shelton dares to be public. 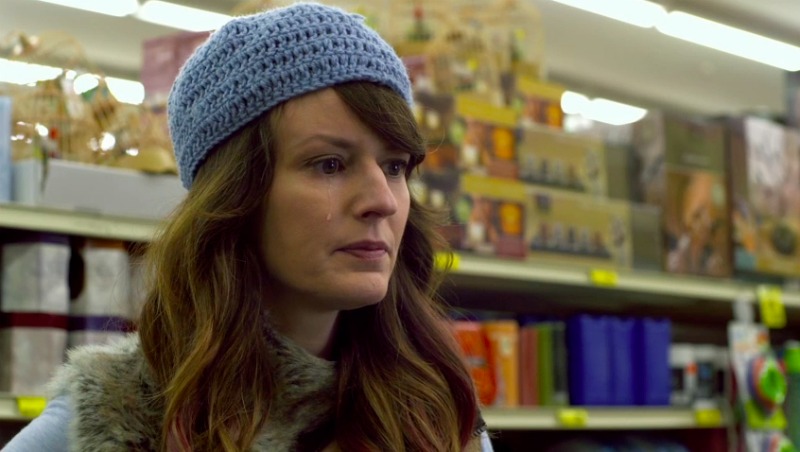 Rosemarie DeWitt has been slowly building an impressive resume, and screen persona, often as this type of character, whose insistence on a certain independence invariably isolates and harms her (even in a stock romantic role like in Promised Land, her liveliness cannot be tempered). I wouldn’t be too surprised if Abby was written expressly for her. DeWitt brings out this wonderful undercurrent, suggesting that Abby has probably pissed off a good deal of her family throughout the years (she and Paul only “get along”), but has presented such an absolutely sense of confidence through her many detours that to suddenly be placed in a position of vulnerability is staggering. As seems inevitable at this point, she’s the highlight of the film, even as Pais, McNairy, Allison Janney, and especially Page (another supremely confident figure compelled to exhibit discontent) are doing such wonderful work.

Touchy Feely is now available on VOD, and will be released theatrically in New York and Portland(!) this Friday, expanding to Seattle and Los Angeles next week. Future playdates can be found, and will hopefully be updated,

Written By
Scott Nye
More from Scott Nye
Fellini's swinging-sixties persona might not be so attractive in the early '80s,...
Read More