Don’t be too alarmed by how swiftly trouble appears in The To Do List. You may think to yourself, “oh, it’s just the opening credits, probably tacked on by some distributor to seem catchy. Surely the rest of the film won’t be this annoyingly thick with 90s references.” Oh, you sweet, innocent young moviegoer, if only you knew. The To Do List isn’t merely set in 1993, it’s set in “1993.” Which means it’s chock full of characters addressing objects, fashions, music, and even each other from the vantage point of 2013, often referring mockingly to things which, in the day, were indeed pretty damn hip.

But to embrace what now seems laughable would require an act of courage Carey and her cast are unwilling to venture, which would be fine if this attitude didn’t extend towards every other aspect of the film. Instead, she tells a coming-of-age story bereft of emotional investment, lessons learned (unless bluntly, awkwardly stated near the climax), or even a truly adult awareness of some of the silliness of youth. It’s the feature-length equivalent of someone saying “can you believe we were actually like that?” Snotty, superficial, and condescending, The To Do List is no more mature than the immaturity it mocks. 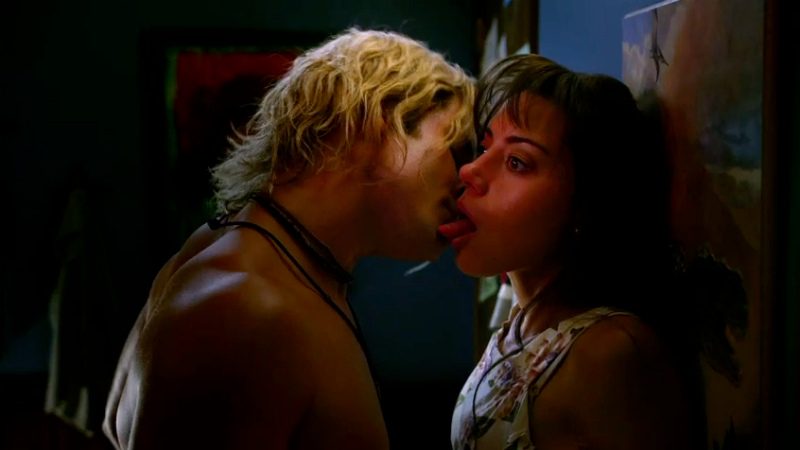 Aubrey Plaza stars as Brandy, a straight-edge high school graduate who, after getting a glimpse of the other side – in the form of lingering hunk Rusty (Scott Porter) – decides to lose her virginity by the time she hits college, and engage in a number of other sexual activities in the meantime. This checklist approach may not seem like the healthiest way to go about things, but Plaza is the perfect expression of this – a cold, detached killing machine. The specific men she with whom she gets involved are immaterial, so long as they allow her to do whatever’s next. For us, it’s fun to see the tables turned on the usual sex gamesmanship we see onscreen, with most of the men playing subservient roles to her conquest. For the guys, less so. When this is finally brought to Brandy’s attention, along with some other emotional havoc she’s wreaked, she seems genuinely shocked. She has two close friends (Alia Shawkat and Sarah Steele), but seems completely clueless to even basic emotion.

These contradictions can be interesting notes to play, but here, they’re just ignored. Carey expresses no interest in these disparate ways in which people express themselves, and by the time Brandy does “learn her lesson,” it couldn’t be more telegraphed if written on a neon sign (or more ’90s-appropriate equivalent). Moreover, Plaza can’t tap into this sort of emotional reservoir. She’s very good in small, but nonetheless affecting, tones on Parks and Recreation, but Carey calls on her to express far outside her current range. 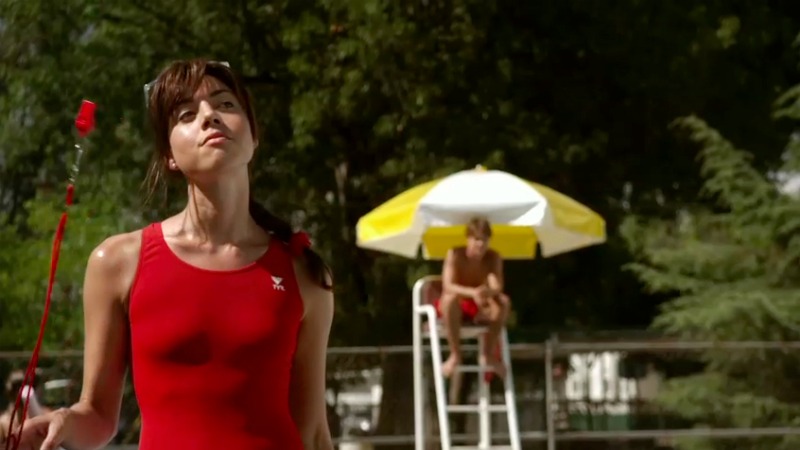 There’s a good deal of funny stuff in here, though little in the way of true gut-busters. The film boasts an impressive supporting cast – aside from those I’ve mentioned, you have Johnny Simmons, Bill Hader, Rachel Bilson, Christopher Mintz-Plasse, Andy Samberg, Connie Britton, Donald Glover, Adam Pally, and Jack McBrayer. A few help spice things up, but none are enough to make a meal.

I don’t know, maybe there’s a whole audience out there who thinks the fact that VHS, call waiting, Hilary Clinton, and trapper keepers exist(ed) is just hilarious. Perhaps they, too, need to look down on those kids back then with some disdain and welcome distance. Go to town. For me, this level of condescension requires a much more pointed, philosophical outlook. Lacking that, a little warmth and acceptance goes a long way.

Written By
Scott Nye
More from Scott Nye
An urgent, explosively emotional experience that nevertheless takes some shortcuts to its...
Read More