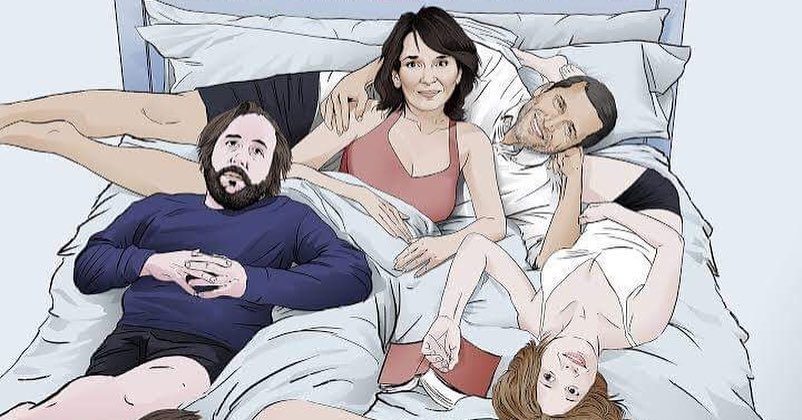 With each of the six films he’s made over the past eleven years, writer/director Olivier Assayas is almost singularly focused on the effect of change. His characters long to belong to an earlier era, and mourn or are haunted by the march of technological progress. At a time when most filmmakers are still trying to write their way out of even incorporating cell phones, Assayas finds new narrative and emotional possibilities in our interconnected lives. He doesn’t always find satisfaction in concluding that the only way forward is to keep living, to keep changing with the time; some of his characters are left stranded, unable to evolve, while others flourish and celebrate. I’ll never forget sitting with a crowd of retirees bemoaning the lack of respect those damn kids had for partying at the dying estate in Summer Hours; they were actually giving the place a second life.

Non-Fiction situates those concerns largely in the book industry. Alain (Guillaume Canet) is an editor at a prestigious publisher whose reputation was always intact but whose financial success is considerably more recent. Alain has managed that transition by diversifying the company’s offerings – he notes that their year is often made not by their acclaimed novels, but by lifestyle books – and lately is keen on the potential in digital offerings. To that end, he has hired Laure (Christa Théret) to offer the youth perspective, a perspective he’s grown considerably more sympathetic to now that they’re sleeping together. His wife, Selena (Juliette Binoche), suspects an affair and is a bit torn up about it, even though she’s carrying on her own with Léonard (Vincent Macaigne), an author whom Alain regularly published but whose latest novel, we learn early on, will not be met with the same friendliness.

Leonard is also married, to a political consultant heading for her own disillusionment. As with all the couplings in this film, their emotional life is greatly affected by their cultural stances; or is it the other way around? Assayas commonly makes what might be termed “talky movies,” but even for him this is uncommonly dialogue-driven. Whole scenes are built around discourse about modern culture, in literature most prominently but also in politics and in entertainment, where Selena makes her living as the star of a popular crime show. Those discussions at first feel merely like a way for Assayas to work out his own hang-ups, and certainly there’s an element of that, but what really makes this film exceptional is the way he gradually ties those viewpoints to the characters’ emotional lives, exploring the way our intellect reacts to and evolves based on the way we feel. Are Selena and Leonard sleeping together because they both value the experience of reading physical books, or do they both value traditional culture because they’re sleeping together? Do their relationships form their thoughts, or their thoughts their relationships?

We’ll never know, nor can we. We can’t know that entirely about ourselves, and the film’s characters seem only vaguely aware at this possibility. Alain, almost robotically the film’s most self-aware character, does so at the expense of a real emotional engagement with his wife; Canet strolls through the film blissfully at ease with his life yet finding none of the depth in any conversation that Selena and Leonard do in even their most fleeting moments. In a way he seems better suited to Valérie (Nora Hamzawi), Leonard’s wife, who is hilariously disinterested in her husband’s professional and artistic woes. But he’s also not detached enough to be fully Laure’s equal, if only because she is young and has considerably more time than him to settle the questions the movie prompts; or at least she thinks she does. What Non-Fiction, as with all of Assayas’s work, makes clear is that the things that trouble us in our youth will just keep prodding us the older we get. No wonder Assayas somewhat-regularly revisits his own in his films.

Binoche and Macaigne are two of the finest actors working today out of any country, and while their pairing in their own is overdue, Assayas takes full advantage of it. Both are beautifully spontaneous actors, seemingly discovering the material as they’re speaking it, and have a way of presenting their characters as though at ease when they are anything but. Macaigne in particular details well the attraction Leonard holds. Though not as physically appealing as Alain, his zest for life and passion for art is contagious, and Macaigne grounds that passion in a sort of anxiety about his circumstances. Selena feels much the same, and Binoche plays her frequent corrections regarding her TV character’s profession (not a cop, a “crisis management expert”) as an extension of her own anxiety that her career is passing her by as she seeks the comfort of steady work. Her assertions that the show gives her plenty of acting challenges are about as convincing as Leonard declaring that seeking a new publishing house is a welcome challenge. Assayas and his cast are well aware of how often people position their setbacks as opportunities.

The strain between past and present is further exemplified in its visual palette – shot on 16mm, with a heavy emphasis on the grain, Assayas and his frequent cinematographer Yorick Le Saux (who also shot this year’s High Life) harken back to the resurgent cheaper-than-New-Wave films made in France during the 1970s. That this film will be projected almost exclusively, if not absolutely exclusively, in digital form creates an inherent tension with the image, which leaves it both volatile and predictable. The same might be said of the film’s characters, who follow patterns while their specific actions constantly keep us off guard. Thoughtful, provocative, and very funny, Non-Fiction is one of the best films of the year, a portrait of our contemporary struggles without coming to a conclusion about How We Live Now. Had Assayas not just made one of the best of the decade with Personal Shopper, it could very well hit similar consideration.