Fairy tales are in such an elastic state in modern society that I can’t imagine any audience would tolerate a straight adaptation of them. The result has largely been a perversion of their charm (Snow White and the Huntsman, Hansel and Gretel: Witch Hunters) or doubling-down on the humor and ironic distancing (Mirror Mirror, Tangled). These can sometimes be pretty good films (I like Tangled myself), but one thing almost consistently discarded with is the strangeness of these stories. In a postmodern attempt to “ground” these stories more, rules are established, “worlds” are created, and the magic is inevitably sapped.

Not so, I am pleased to report, with Blancanieves, a film inspired by the Snow White story, but so far removed from its setting and many particulars (there are, humorously, only six dwarves) that even within the context of the story, the Snow White legend exists. While this seems like a chance to be even more winking and knowing, the core of this film is deeply mysterious, and the characters are untethered by the demands of contemporary storytelling; once again, we’re returned to a type of storytelling in which the possibilities seem endless. Made as a black-and-white silent film, with intertitles and everything, writer/director Pablo Berger enhances this mood through his cinema, with a camera that seems capable of doing anything. 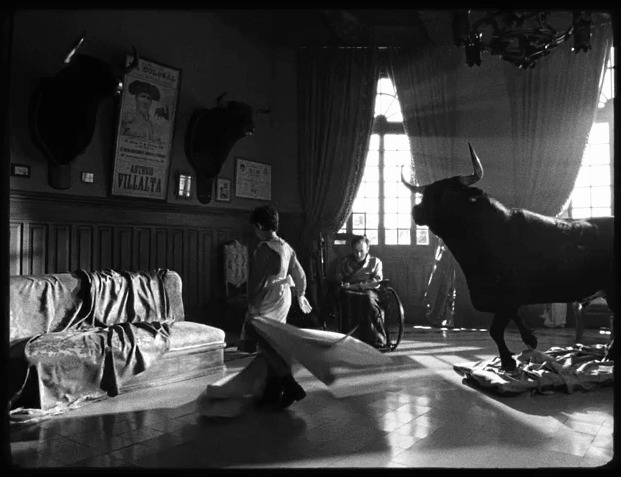 Transposing the basic plot into the world of competitive bullfighting (and a band of bullfighting dwarves is a great conceit if ever there was one), Berger doesn’t dwell too much on the grisly qualities of the sport, even while acknowledging right up front the inherent danger. This, along with the early death of our heroine’s mother (hey, we have to get to the evil stepmother somehow), cements the sense of mortality that many have found lacking in other (read: Disney-funded) adaptations of these popular stories.

Death is inescapable, but life is for the living, and the spiritedness Berger brings to, especially, the time Carmen (our Snow White substitute) spends with the dwarves is really something exceptional. There’s a scene in which they dance about as fireworks explode in the distance that is unshakeable, beautiful and simply profound. It’d be easy to see this film purely as a tribute to European silent film of the 1920s, but Berger makes no real attempt to fit into the aesthetics of the time, nor does he really apologize for the freedom modern technology gives him. Like Miguel Gomes’ Tabu, this is the result of a filmmaker whose sense of storytelling, this time out anyway, is rooted in a sadly-abandoned way of making movies, and, a few issues of storytelling aside (some connecting shots aren’t present), Berger is right at home here. 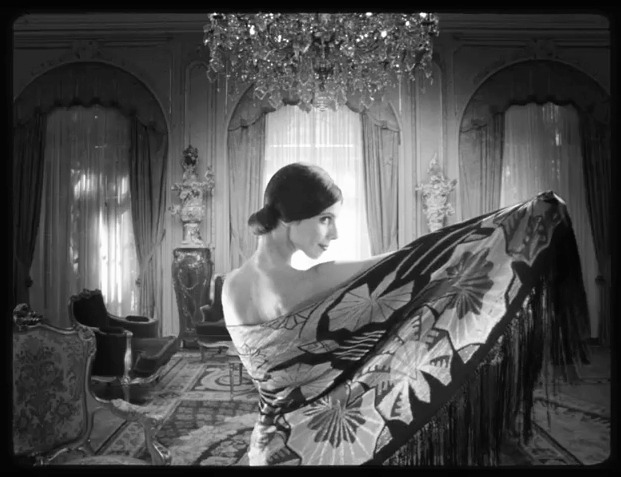 His actors acquit themselves very well to the silent format, doing all that acting-with-just-expressions business one might expect, but are also equally adept at communicating a great range of emotion through their body language. As Carmen, Macarena García not only brings a convincing command to the bullfighting sequences, but a varied approach for her character’s development, making each turn a bit of character development. Maribel Verdú, our evil stepmother, is obviously given the most license to get very theatrical with her performance, and seizes it in a similarly compelling, though much more developed, way that Charlize Theron did so memorably in Snow White and the Huntsman.

Blancanieves will be released in New York (at The Paris Theater and Angelika Film Center) and Los Angeles (at the Laemmle Royal Theatre and Sundance Sunset 5) on Friday, March 29, with select theaters around the country to follow (check here for updates). I really encourage you to check this out, as it benefits hugely from a big-screen setting. I’m not kidding about what Berger does with the camera here; it’s simply extraordinary, and urgently needs to be seen. It creates the kind of magic with fairy tales I thought only Cocteau’s Beauty and the Beast capable.