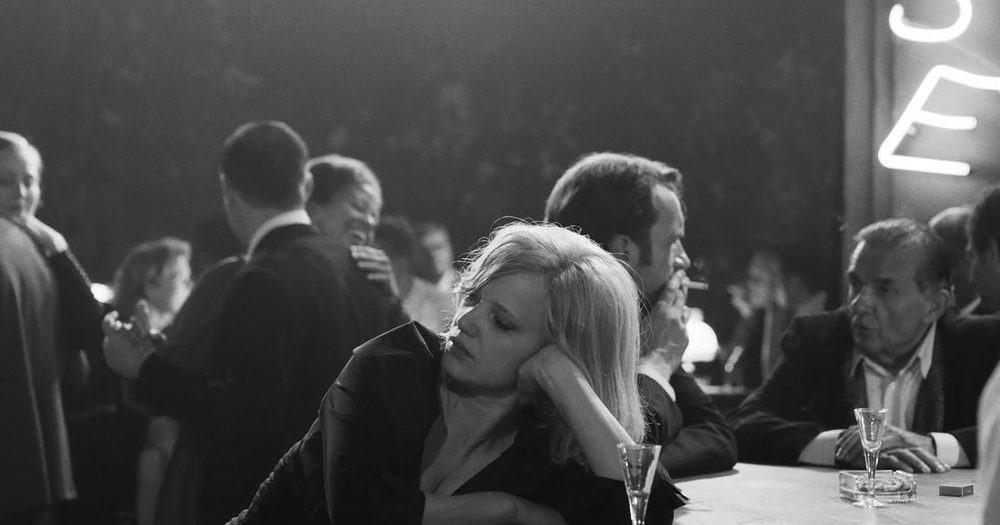 Cold War begins in 1949, and though in its brief 85 minutes it will cover nearly twenty years of personal and European history, in some ways it will remain there. Wiktor (Tomasz Kot) and his professional partner Irena (Agata Kulesza) are exploring the Polish countryside, recording the folk music that will inform the conservatory they are soon to launch. In auditions, they meet Zuzanna (Joanna Kulig), a young singer so unprepared she can only join another girl in her audition. Irena sees right through her, but Wiktor thinks she has something, using a lot of the synonyms men use for “this woman is desperately beautiful” when they’re trying to remain professional.

I can empathize. Kulig is extraordinary in the role – Zuzanna is impulsive, spirited, and eager to claim the most from life when she and Wiktor embark on a romantic relationship that is almost immediately devoid of romance. Kulig plays her at a constant remove, occasionally able to break through the stone wall she’s established, but largely relying on the emotional survival tactics one would have to construct when your formative years are wasted by wartime. Kulig is also extraordinarily beautiful, and this being the medium that it is, it’s useless to deny that this factored into her appeal onscreen. I won’t go Wiktor’s route and make a lot excuses for it.

Their relationship is built on anything but convenience. Wiktor soon wants to leave Poland, and its increasingly-authoritarian Soviet rule. He convinces Zuzanna to join him, at least until she doesn’t show up, at which point he goes it alone. But she haunts him, and he her. Over the next decade, they are inexorably drawn back together at various points, unable to live either together or apart. The title, then, is more than a reference to the time period, but to a whole sense of codependent conflict; the notion of being defined by your combatant and unwilling to either peacefully resolve your differences or call it a day and go your separate ways.

The war is almost never spoken about, but is inextricable from their restlessness. While the world around them continues to build systems and industries, they don’t seem to fit. The trouble of communism is immediately apparent, as the government tries to tell Wiktor and Irena’s conservatory what to sing about. The trouble of capitalism in France is tougher to pin down; freedom isn’t translating to higher rent, and even Zuzanna’s brief success as ye-ye singer Zula is proving unsatisfying. Both are products of a culture and time that is now gone, a folk tradition everyone seems intent on moving past, to a future they can’t live in. The closer they are, the more they fight, and the further apart they are, the more they throwing themselves into suffering.

Writer/director Paweł Pawlikowski had a certifiable hit in Ida, which made nearly $4 million at the U.S. box office alone at a time when even star-studded foreign language films languish in the thousands. Cold War reflects this success – it is broader in scope and ambition – retaining the careful control that built Ida yet more willing to take risks. Once again shot in the square-ish Academy ratio (1.37:1) and in black-and-white by Łukasz Żal, and typically leaving more space above the characters’ heads than the average frame, Cold War is less rigorous with this aesthetic than its predecessor. While every frame might start with a sense of “perfection,” they might suddenly break free into handheld work that is pointedly devoid of grace, much as the characters – weighed down by the emptiness above them, a space they cannot define or feel – will suddenly explode at one another.

Its slight 85-minute running time gives the further impression of time slipping away, how moments stretch out, only for you to blink and a year’s gone by. Blink enough times, half your life is gone. And suddenly you’re sitting there, your opportunities having completely dried up, and what else is there to do but return to the countryside where it all began in one final abandon. Maybe it’s a little better there. Maybe not.

Written By
Scott Nye
More from Scott Nye
Loznitsa's follow-up to My Joy is a well-wrought, though less audacious endeavor.
Read More