It’s an easy film to make big declarations about, and I’m not surprised by the sampling of praise I’ve come across. When Salon’s Andrew O’Heir says “[writer/director Richard] Linklater is able to make this ‘ordinary’ story of Middle American family dysfunction…into something transcendent and universal, a chronicle of joy and tragedy and loss and time that’s at least as profound as The Tree of Life and a whole lot easier to understand,” I understand his motivation in doing so. I will, however, attempt here to somewhat restrain myself, just as Linklater does. The profundity of his and his cast’s accomplishment is gradual; like the real experience of growing up, it only really comes to mean something once it’s all over. By then, it’s at once too late and right on time.

Linklater’s best films – Slacker, Dazed & Confused, the Before series, now this – use moments to suggest caverns of emotion. In his earlier films, it seemed like anything was a catalyst for philosophical inquiry. In the very first scene of Slacker, Linklater himself tells a cab driver about a dream he had about alternate realities, latching onto his decision to take the cab at all, and imagining what would have happened if he didn’t. Being a young man, his natural assumption is that he’d fall into the arms and life of a beautiful woman (“maybe go play some pinball,” anticipating a similar encounter between Celine and Jesse in Before Sunrise). For Linklater, our lives are both the ones in which we are stuck, and who and where we imagine ourselves to be. 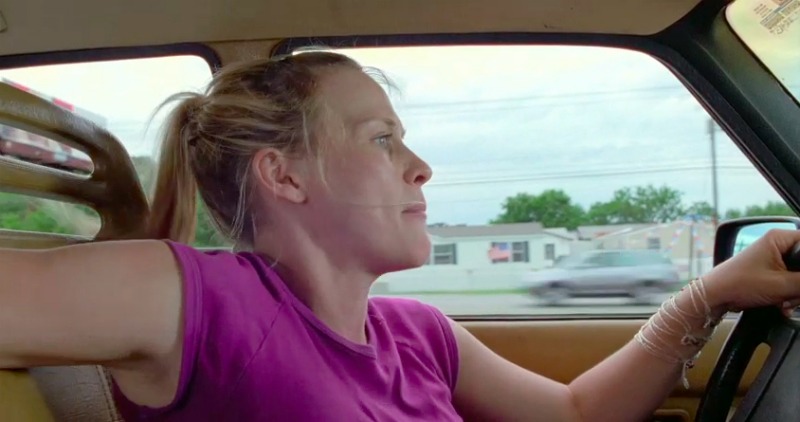 Now, more than twenty years later, those same moments are still catalysts, but they’re our catalysts, not the characters’. With Boyhood, the filmmaker believes his audience’s capacity for imagination could equal his own, and lets us into moments both mundane and penetrating as we watch one boy age into a man. The film’s “hook,” as it were, is that Linklater shot the film over the course of twelve years, with the same stable group of actors, watching them, especially Ellar Coltrane as Mason, the boy, age along the way. Some scenes are demonstrably significant – an abusive stepfather, your mother breaking down into tears, fighting with your sister on a road trip, your father’s terrible apartment – others so mundane that you wonder if you’ll ever get out of grade school (flipping through a giant department store catalogue in search of women in lingerie rang particularly true). But sure enough, you do, and the years come hurdling at you faster than light, and you’re left grasping for spare moments; where once you’d ride bikes aimlessly around town to fill the time, now that time-filling is the most valuable. Talking with pretty girls much older than you, blowing off class to develop your art, wondering about the future and all its implications and a diner at two in the morning. Graduations, birthdays, new schools, even friends come and go. All we have are the moments, and the memories.

Mason is mostly a passive character, reacting to his family and their environment, keeping up as best he can. Kids don’t have a lot of input towards their fate. Their role in life is naturally reactive. Mason and his sister Samantha (Lorelei Linklater) fight against the current here or there, eventually surrendering as they come to understand their divorced parents, Olivia (Patricia Arquette) and Mason Sr. (Ethan Hawke), as people much like themselves, trying to do the best they can under less-than-ideal circumstances. The tragic irony, alluded to occasionally, is that it is Mason Jr. and Samantha who constitute their parents’ circumstances. So much emotional tension rides on how kids can be at once a person’s greatest joy and an unbearable burden. Arquette, who’s had to contend with dwindling opportunities in the time since this project’s inception, has perhaps never been better; Olivia is constantly overwhelmed by her tremendous responsibility, each new break eventually ruining her life even further. By the time Mason Jr. is off to college, she’s thrice-divorced and determined to live a simpler life, only to find that it’s too late, that whatever happiness she could provide for her children has already happened, much of it not considerably less fulfilling than she dreamed. “I just thought there’d be more,” she sighs, offering one side of the tennis match that constitutes the film’s theme. The competing side comes in the film’s very last scene, a realization so simple it can only come while high. 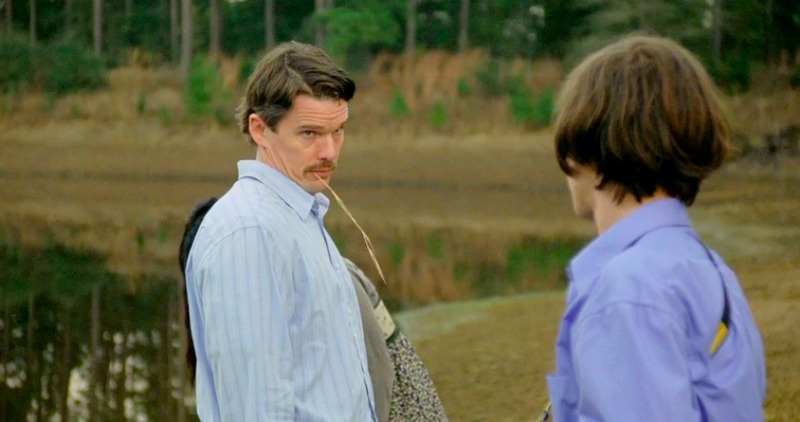 Hawke plays the guy he almost always plays for Linklater – passionate to a fault, motivated in every direction except that which could get him anywhere. If any character has a demonstrable journey, though, it is him, and Hawke uses his physical transformation better than anyone else in the cast, wiry and slippery at the start, affected certainty by the end. As with most people, he never quite changes, he just finds ways to keep his less desirable traits from preventing his happiness. As with most boys, Mason Jr. is strongly attached to his father, idolizing him when there’s little to admire, and coming to understand him when it seems as though he’s abandoned his passions. “I thought you were a musician,” the son asks, during a revelation at a swimming hole that his father works in insurance. “I am,” the father replies. “But life is expensive.” If Linklater’s earlier films featured characters who speak endlessly as a means of arriving at some sort of unifying truth, Boyhood is about people learning through action, through mistake, and eventually summarizing their experiences in simple, important realizations. At least until the next series of mistakes, and the next truth.

Linklater’s catch-as-catch-can aesthetic, so popular these days, is well suited here, stealing moments from these people and running away with them. At times, it almost resembles a home movie – the camera sits in the passenger seat as Olivia drives a very young Mason Jr. and Samantha to their new home, swinging wildly between her and the children, capturing her straining to keep them in order, them quietly finding ways to torment each other without rocking the boat too much. He cuts from year to year with grace, quickly cluing us in via hairstyles or houses (or, in the most lovely moment, Olivia alone at a kitchen table) that we’ve got some catching up to do. His shots generally align to Mason’s point of view – the way adults seem to tower over you in youth, how small your mother suddenly seems once you’ve aged. How strange they can sometimes be, how unknowable. Early in the film, Mason Sr. is playing for his children a terrible song he wrote with his roommate; Linklater’s wide shots indicate Mason’s level of discomfort, his straining to retain the image he fashioned of his father. Growing up is partly about managing life’s many disappointments, the way people unthinkingly let you down and betray you. But it’s more about understanding them for that, and forgiving their common sins. 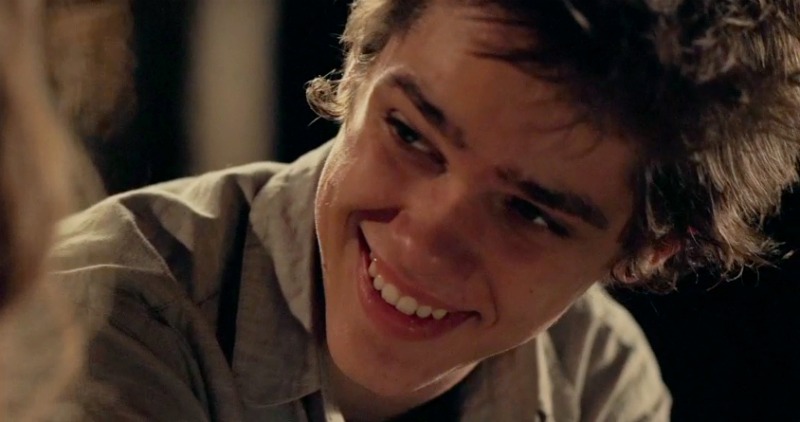 Boyhood is Linklater’s finest film of the past decade, a work of quiet insight and tremendous compassion, the result of a truly independent mind following his instincts and, remarkably, fusing them beautifully into a whole that seems as intensely planned as they come. We may not see a better film this year.

Written By
Scott Nye
More from Scott Nye
It is sometimes through the lens of the past that the world...
Read More