This review contains spoilers of a sort. I rarely take this liberty, but once you see the film, I think you’ll understand. Certain bits of information are purposefully withheld, yet vital to discussing the film as a whole, so to whatever extent one can spoil a documentary, I suppose I’m about to do just that.

Thus far, I’ve had a certain fondness for Sarah Polley’s films as a director without fully embracing either one. Away From Her is beautifully accomplished, but almost pointedly restrained to the point of contentment, a fine enough quality for a first film. Take This Waltz is sort of beautifully unrestrained, and I greatly admire her willingness to look a little bit ridiculous in the emotional excess of that film. That the film remains more than a little bit ridiculous as a result is a little unfortunate, and one would expect that a more tempered approach would yield a more satisfying endeavor.

I would not have expected that approach to come with Stories We Tell, the most basic description of which, to borrow a bit from Chinatown, couldn’t be more personal. Charting the relationship between Polley’s parents, Michael and Diane, and the affair the latter had with Harry, something of a two-bit producer, while performing in a theatrical production, which then resulted in Sarah herself, and Sarah and the rest of her family’s discovery of all this, Polley’s foray into documentary filmmaking is an achingly personal tale told at such a distance that might remove claims of narcissism, were it not for the fact that she’s basically asking all of her subjects to talk about her for the duration.

Diane died when Sarah was only 11 (you’ll forgive the familiar use of their given names, but nearly everybody has the same last), and the most potent aspects of the film deal with Sarah trying, in some way, to construct an image of the mother she only barely knew. Relationships with parents change as we age, and the image one has, especially of one’s mother throughout childhood is often not one easily reconciled with a transgression as potentially volatile as an affair. By the same token, so much time had passed by the time Sarah found out about, let alone had time to reconcile, it (she was eighteen at the time, thirty-four now), that an understanding may be more easily reached. But nevertheless, the person she hopes to understand has been gone quite awhile, so how to come to know her? 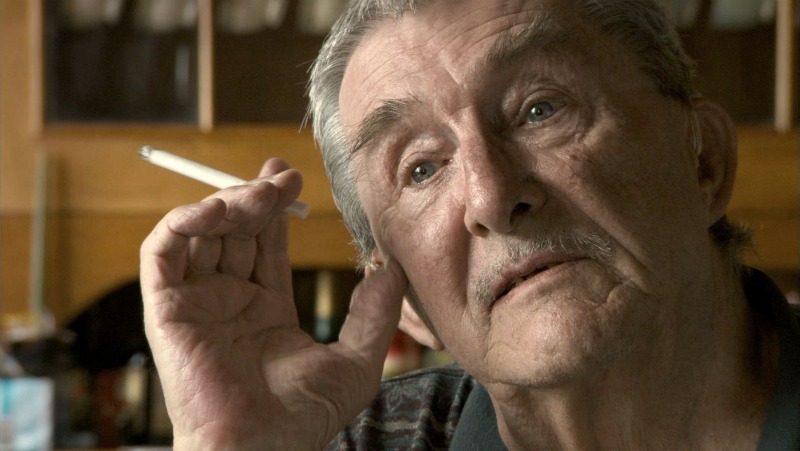 The result ends up being a mixed experiment. On one level, you have a series of interviews with those who knew Diane quite well (Michael and Harry) to those who knew her much better than Sarah (her siblings) to those who were only somewhat familiar, and have drawn their own conclusions (the other actors in the company, who suspected her affair to be with one of their own). This aspect is on some level trying to reconcile the different ways everybody remembers the events of their lives, and there is interest there, but becomes diminished by Sarah’s quite-understandable desire to get closer to the truth, emerging with a defined series of events and a very distinct perspective on them. It’s not so much that there are different truths, just a lot of people happened to misjudge some situations.

On another level, she incorporates a ton of Super-8 footage, presenting it as home movies taken when her parents were first married, when her siblings were growing up, and when she was a child. One marvels at the wealth of material, before wondering just how she lucked into this treasure trove of oddly-specific footage. Everyone will have their tip-off point, I suppose; mine came when the camera zooms in on Harry attending Diane’s funeral. If such gestures were meant to obviously reveal the artificiality of the conceit, however, they hardly went far enough, and a reveal late into the film of Sarah herself on set with these people who are ostensibly existing in the late-1970s comes off profoundly gimmicky. Even if it could be said to comment on the close ties between fiction and non-fiction, the illusion of cinema, or any other meta-textual qualities, to me, it’s an empty gesture, and a dishonest one to insert so late into the film. Anything this element could meaningfully reveal would not be damaged by being up-front about this, and might have actually deepened it. Had we realized that Polley was reconstructing a past she never really knew, the experience would be much deeper, much richer.

Moreover, it would have strengthened an aspect of the film that is otherwise sorely lacking – Sarah’s own perspective. She interviews, directs, and occasionally appears on camera, but rarely comments on the action and revelations herself. This would be a somewhat noble gesture, if the entire film wasn’t actually about her. Most art that’s worth a damn is inherently narcissistic, this especially so, and while she crafts some intensely moving passages utilizing a voiceover track her father penned and reads, her own voice is only distantly felt, all the while asking other people to, more or less, talk about her.

When she does land on some honest expression, we get some of the most moving moments in cinema I’ve seen all year. Michael is a stage actor himself, and has a rich voice that’s not only a pleasure to listen to throughout much of the film, but also conveys a great deal of feeling with the slightest intonations. The moments in which he reflects on his failures as a husband, and especially his relationship with Sarah during the time in which it was just the two of them in the house, are practically the definition of “quietly profound.” I do no, in any way, wish to discount this. But by withholding her own perspective, and ending with a revelation that vastly changes what we’ve seen to that point while adding very little, the totality of the film ends up a little soft.