What would you say is an acceptable number of films to see a person in and conclude that he or she is one of the greatest actors who ever lived? Can it be four? Because I’ve seen four Clara Bow films, and am pretty well convinced she is one of the greatest actors who ever lived. So that’d be damn convenient. Here, she plays a Minnesota Manicurist who quickly falls for Joe (Ernest Torrence), a Canadian outdoorsman; despite him being short on looks and charm, she feels him different enough from the usual hustlers one meets in such a large metropolis. Before you know it, she’s up north, married and living with Joe in Mantrap, Canada (maybe the best name for a fake place there ever was), just in time to greet Ralph Prescott (Percy Marmont), a New York divorce lawyer in serious need of a vacation, most especially from women. But who can resist the charms of Clara Bow, however married she may be? Who indeed.

Marmont stands out near the beginning of the film, and Eugene Pallette, even robbed of his tremendous oratory presence (this is a silent film, mind), brings a lot in a supporting roll, but as is usually, frustratingly, the case with her films, this is the Clara Bow show, through and through. Nobody else even registers when she’s onscreen, as though there is only a finite amount of charisma and talent to be gathered in any given scene of any given film, and she has consumed far more than her share. 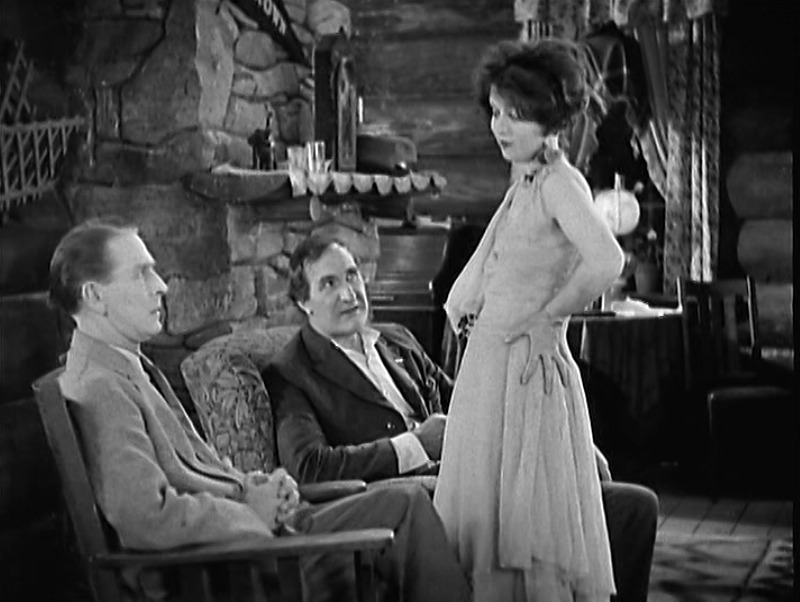 Whatever the scientific merits of that supposition, the basic truth remains – Bow goes further, and more ferociously so, than nearly any performer of her time or any other. In a modern context, she’d be shuffled off to play one manic pixie dream girl after another, but something about the moralizing tendency of even Pre-Code American cinema actually gives her more dimensions than our supposedly-more-feminist era. Because any girl as charming as Bow must be determined a dangerous flirt, it gives Bow a hell of a lot more to do, more flaws to make coexist with her tremendous appeal, so that each sharpens the other. As most people would attest, those who aren’t any good for us are inevitably more appealing, and those who most insult and demean us are only able to do so because we love them so much. Well, we love Clara Bow, and it’d be a hell of a thing if she broke our heart.

Victor Fleming, best known for finishing Gone with the Wind and The Wizard of Oz, demonstrates here that he was hardly just a lucky journeyman. He struggles as a storyteller a bit towards the beginning to set up all the various players and backstories, but once he gets into the meat of the thing, he’s all in, presenting terrific sketches of a dozen or so cast members and keeping the images lively and, at times, musically comic. James Wong Howe captures all the natural beauty of the wilderness without ever feeling hampered by the outdoor shooting; many such sequences are actually quite lyrical. It’s a lightweight film, but with some sharp direction and photography and another wonderful performance by Bow, a lot of fun to watch.

Mantrap plays at the Northwest Film Center’s Whitsell Auditorium this Sunday, January 12th at 6:30pm as part of their Treasures from the UCLA Archive series.

Written By
Scott Nye
More from Scott Nye
The 1991 film uses a slice of the painter's life to represent...
Read More