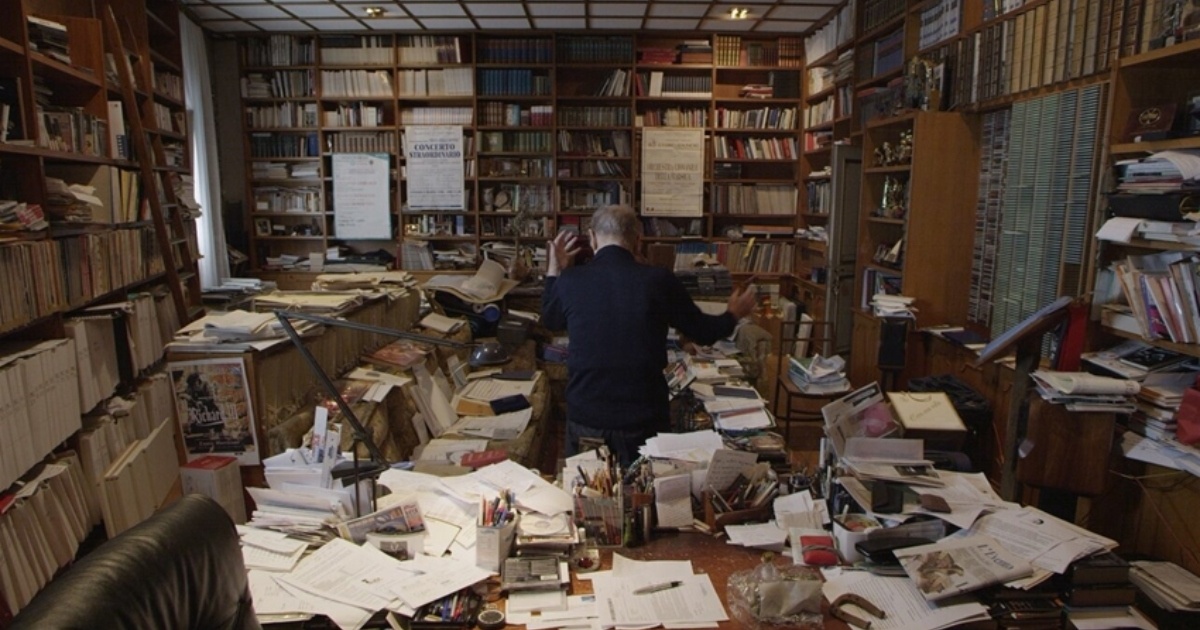 While the Fall film festival season may have, for the most part, come to a close, one of the year’s most fascinating documentary festivals is just about to kick off. DOC NYC is an annual cross-section of the latest and greatest in non-fiction cinema, and with the 2022 edition coming in with 100+ films, it’s one of the densest festivals around. So where to begin? That’s what we’re here for. Here are some films from DOC NYC 2022 worth keeping an eye on as the festival runs 11/9-11/27.

Starting off our preview of DOC NYC 2022 is arguably the most talked about film at the festival, at least from a cinephile standpoint. Entitled Ennio, this new documentary comes from legendary filmmaker Giussepe Tornatore (Cinema Paradiso), and looks at the life and work of beloved composer Ennio Morricone. Inarguably one of the most singular and influential voices in not just film music, but music composition writ large, Morricone both has a massive discography and also casts a rather large shadow in the larger conversation around film and film music. Thankfully, Tornatore’s documentary, in all of its talking head traditionalism, is a gorgeous, startlingly moving rumination on a career which words don’t quite do enough justice. At over 2.5 hours in length, the film matches Morricone’s breadth of work with a film that is exhaustive in its research and boundless in its heart. Few documentaries pack both the intellectual heft and emotional depth that Tornatore was able to craft here. It’s a one of a kind document of a one-of-a-kind artist.

From one beautifully evocative picture to another. After Sherman comes from director Jon Sesrie Goff, and introduces viewers to Reverend Dr. Norvel Goff (the director’s father) and attempts to tell both the personal story of the community Goff calls home and in equal measure a much larger story about South Carolina and its relationship to Southern racism. Through a blend of archival footage and various experimental, experiential sequences, the film carries with it an energy that’s equal parts observational and also shockingly impressionistic. Goff’s film is a briskly paced, 91-minute rumination on systemic racism and its history in the American South, made manifest through this story of a community recovering from a shooting in a church in Charleston, South Carolina. Through this almost mixed-media aesthetic, Goff is able to traverse both the personal and communal, to make something that’s equal parts revelatory and redemptive. An absolute knock-out.

The final feature film on this list is maybe the great discovery of the festival. Radical Landscapes is a new film from director Elettra Fiumi, and finds the director coming to terms with a discovery about her father she never saw coming. After inheriting her father’s archives, Elettra is introduced to a Fabrizio Fiumi she never knew. Part of the radical, politically rebellious group of architects known as the 9999, Fabrizio became part of a movement of architects that saw their art less as something of simple utility or design and instead turned their work into experimental, radical ruminations on the political climate they found themselves in. At once a document of a movement and also that of a daughter meeting a side of her father she had little clarity on, the film’s equal parts intimate and expansive, taking this personal story and spinning it into a yarn about the political power of design and how revolution can come from even the seemingly stuffiest of arenas.

Continuing the dive into DOC NYC 2022, we head into the world of short documentary cinema, starting with one of the very best shorts playing this year’s lineup. The brilliantly titled Theo Anthony Makes A Stool comes from director Joe Stankus and, well, sends viewers into the wood shop of filmmaker Theo Anthony as he attempts to make a stool. Now, throughout the film’s 13 minutes, Anthony discusses things from consumption to cryptocurrency, and while the logline may leave much to be desired, Stankus’ film is a strangely captivating one. Anthony is an endlessly compelling presence, and what could easily be a vanity “exploration of a creator’s process” ultimately turns into a film that’s startlingly personal and weirdly delightful. Will leave a smile on your face the whole time.

Next is an equally charming short. The Great Find comes from director Cacau Araujo and is ostensibly a 12-minute-long documentary about the culture of “stooping,” or rescuing material/items that are left on the side of streets in New York City. Apparently a prevalent part of day-to-day goings on in the Big Apple, this proves to be fruitful ground for a captivating, if maybe too short, conversation about both the impact of stooping on NYC culture as well as what this means for a world that’s consuming itself to death. Quietly political, Araujo’s film is a compelling one, particularly for anyone with an affinity for the dystopian urbanity of modern New York. Few films, especially shorts, capture the nomadic nature of life in a big city during the final days of Late Capitalism quite like The Great Find.

Finally, we arrive at maybe the most pop of all films in this shorts lineup. Entitled Makeover Movie, the film is directed by Sue Ding and finds her in conversation with both a group of friends as well as the “makeover movies” that forever shaped their childhood. Largely a film about the politics of these films, dating back to the silent era, Ding’s film is a poppy piece of work, even if the conversations at the core of the film can lean quite political. Be it the jettisoning of people of color to “friend” roles to the fact that, in a majority of these films, the lead character is coded stylistically as queer without it ever being made literal, the film wears its politics on its sleeve, despite its bright colors and kinetic editing. It’s at first a piece of pop art, but is at its very best when using that as little more than a launching pad for incisive, if maybe broad, conversations about gender, politics, sex and the power of media to shape one’s perspective of self. An absolute must-see film.